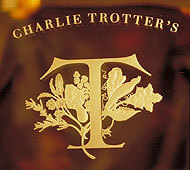 OMG, G and I will be going
to Chicago in August to dine at this fabulous establishment. I booked us a
reservation today! Is that exciting or
what!
Charlie Trotter’s is one of
only a handful of Relais & Gourmands-ranked restaurants in the world. This
year it was ranked by the uber-foodie magazine, Restaurant, as the
26th finest restaurant in the entire world (down from 2005, when it placed
14th). I’m so excited, I can’t hardly stand it! I’ve gotta pee!

G and I have been very
fortunate to eat at two other Relais & Gourmands-ranked restaurants in our
time:

Rob Feenie’s “Lumiere” in
Vancouver (where we had probably the most memorable single course of food ever;
Rob’s Squash and Mascarpone Ravioli with Black Truffle Butter). And Rob kindly signed his cookbook for us. 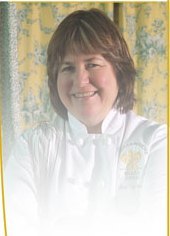 Anne Desjardins’s “L’Eau a
la bouche” in Sainte-Adele, Quebec (where we spent three oh-my-gawd wonderful,
blissful days luxuriating in the capable hands Anne and her outstanding team).
If heaven has a home on earth, so far, I’d say L’Eau a la bouche is pretty damn
close. Likewise, we got Anne to sign a copy of her cookbook too.

Both cookbooks sit proudly
in our bookcase and are used
often. 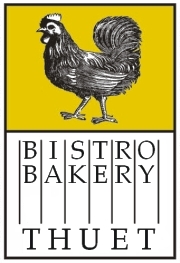 …. and with that said,
we’re off to a Summerlicious adventure with Chef Marc Thuet tonight at his new
abode aptly named “Thuet“. We have tasted Marc’s to-die-for food previously, in
February 2003, when he was cooking at drippingly-romantic, boutique restaurant,
“The Fifth”. He really was at the top of his form then, with James Chatto
ranking “The Fifth” the number restaurant in Toronto in April 2003.

And my thoughts and best wishes to my friend, Jack (aka

MadaMadaDan3), who is no doubt not enjoying Summerlicious as he slaves away in the kitchens of Auberge du Pommier.
Bon Appétit!