It’s all over now and I suspect we’ll never know who the blond-tipped hair guy was.  Blond-tipped hair guy seemed to end up one or two people in front of me at several HotDocs screenings. I really ought to have snapped photos of all the lines I was in with him just ahead of me, looking all quiet, shy and smug, but I only grabbed this one from Saturday night long line outside the Royal on Bloor, waiting to see the uberflop, Let’s All Hate Toronto. 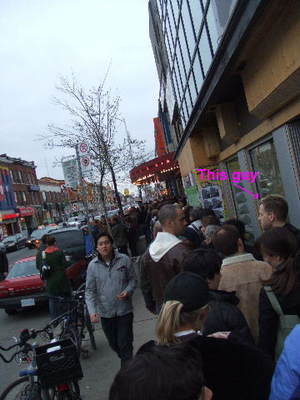 Let’s All Hate Toronto
This self-indulgent work passing itself off as a documentary proves there’s something wrong with the CBC (Canadian Broadcasting Corporation), who had a hand in producing it. As a start, why didn’t the CBC lend these guys a sound technician to take a stab at fixing some of the terrible sound associated with many of the interviews in this film? Several sections where unintelligible. Or was that just a problem of the Royal? And don’t get me going on the editing or writing. The gimmick here has “Mr. Toronto” wandering coast to coast drumming up business for a “Toronto Appreciation Day”. Of course, what he gets is a litany of abuse and woe from Vancouverites to Haligonians, who, not surprisingly, dislike Toronto. This horrible and decidedly not funny gag (think every bad, boring Second City show you’ve ever been to) is interspersed with several very well educated talking heads who try to make sense of why Canadians hate Toronto. They, at least, were interesting. This is an embarrassment for all involved but does, if nothing else, dispel the unfounded urban myth the United Nations ranked Toronto as the most multicultural city in the world (the UN never did), and for this small shred of truth in an otherwise no style, no substance film warrants my rating of 1 out of 10. 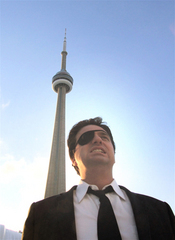 Circus School
This Chinese film, directed by Ke Dingding and Guo Jing, reveals the ever-so-harsh life of children attending the prestigious Shanghai Circus School. While the film needs some tidying, it is an unflinching look inside a school that builds the world’s finest acrobats (with all due respect to our own Canadian institution, Cirque d’Soliel). The style, completely void of any voiceover or narrative, works despite the subtitle errors, and the need for a tighter re-work of the material. I also found the ending flat, despite a spectacular performance by the little lad below. You leave this film conflicted. You feel such sadness for the kids and the regime of practice (regularly to the point of tears) they endure, and for the way they are harassed, belittled and bullied by their teachers, the principal and their own parents. It forces questions you need to face, like, should I go watch and support this school when it swings into Toronto knowing what I’ve now seen? I suspect for many of these kids, life in the Shanghai Circus School is far better than the life they may have led in their own small towns and villages. For raising this conflict to the surface, my rating 7 out of 10. 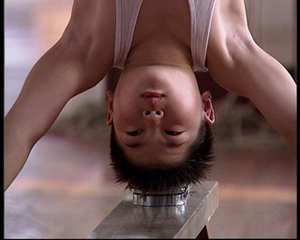