Coffee with BennykanBennykan, who has been in Toronto this week searching for a new apartment, took time last night to join me for a coffee. As is always true, it was great to meet a fellow xangan face-to-face and build what has been a virtual friendship in the real world. Meoni, who we fortunately met last year, was right, Benjamin is a super nice guy.

Good luck in Brazil Benny and we’ll see you when you return for school!

Cottage Movie Mania
While up at Scots on the Rocks, I went a little movie mad and saw the following films:

The Number 23
One would think this film, directed by Batman guru Joel Schumacher, would
be excellent. Sadly it is not. In fact, it is such a disjointed miserable
mess I’m actually loathe giving it a rating at all. It ‘stars’ a woefully
miscast Jim Carey as Walter Sparrow, an Animal Control worker who begins seeing strange
(read: dumb and silly) connections in things which lead to the number 23
after reading a book called, The Number 23 (cue; suitably scary music here).
This is a train wreck of a movie with not a single redeeming factor. Avoid!
My rating: 0 out of 10. 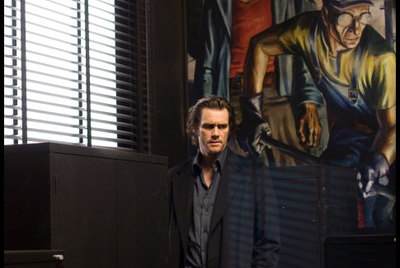 United 93
This film, my guess, received its kudos from the same
got-to-give-it-a-good-rating syndrome that marked Ang Lee’s Brokeback
Mountain. Because of the content, and the tragedy associated with it, no one
wants to labeled ‘insensitive’ by panning it. The movie recounts the flight
of United 93 from its liftoff in New York to its crash in a Pennsylvanian
farm field on September 11, 2001. Like you, I continue to be haunted by the
events that day. At the time, I was working for the world’s largest
humanitarian organization and, trust me, had an up-close and personal
experience with 9/11 that I never want to relive thank you very much. That
said; this is just a plain bad movie with laughable acting and more
melodrama than an episode of Days of Our Lives. While it tries to be a
testament to the brave individuals who, knowing what the hijackers had in
mind stormed the cockpit and forced the plane’s ultimate demise, it is an
embarrassment for all involved and a shameful example of Hollywood greed at
its worse. Aside from showing us a worthwhile insight into the chaos running
amuck among the various levels of government that day, its most telling
sequence surfaces when director Paul Greengrass intersperses shots of the passengers
saying the Lord’s Prayer as the plane tumbles downward with shots of the
hijackers reciting lines from the Koran: prayers said, presumably, to the
same God. For this scene alone and its power to let us reflect I’ll give
United 93 my rating of 1 out of 10.

Butterfly Effect 2
I have to admit, I wasn’t expecting much. This film has 2
who-are-these-people? stars: Eric Lively and Erica Durance, and is a squeal
to the original film, Butterfly Effect (which I’ve not yet seen). Surely, it
didn’t bode well. However, Butterfly Effect 2, directed by John R. Leonetti, succeeds very well. The
premise while a little muddled works. Our star Nick Larson (Lively) a young software
executive, is the lone survivor of a traffic accident that takes the life of
his childhood sweetheart Julie Miller (Durance) and his two closest friends Trevor and Amanda.
But, through the magic of schizophrenia (and digital camera pictures) Nick is
able to jump back in time and manages to rewrite history, saving himself and
the threesome from the truck accident. Course, the problem with rewriting
history is sometimes what you get is not exactly what you envisioned. And so
it is with Nick, who finds himself jumping back several times, making more of a
mess each time. This film delivers good bang for the buck and is well acted
and directed with a storyline that keeps you interested (save the last 3
minutes which seem rushed as though the director ran out of money and was
forced to end the story sooner than he hoped). My rating 7 out of 10. 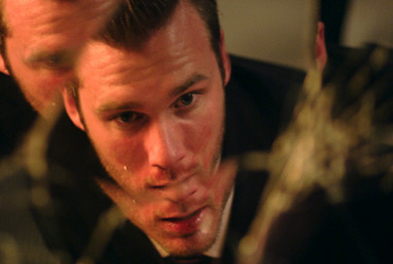 My friend, Annie, cautioned this was a ‘chick flick’. Undeterred, I watched
it anyway, knowing it was directed by the son, Nick, of one of the greatest directors, the late John Cassavetes, back in 2004.
Starring James Garner, Gena Rowlands (no film can go wrong with this
under-rated star who is actually Nick’s mother in it), Ryan Gosling and Rachel McAdams, it
tells the story of two young lovers Noah and Allie from just before World War II to
the present. Cassavetes sits back and lets his stars act, which is so nice
to see in these days of flash and special effects (they too often tend to
star). This is a story of loss beautifully told; most centrally the loss of
that we hold so precious: our memory. This is a film to see with someone
you love, and is a great film to watch sitting alongside your parents (while
they are still alive). The opening credits in this film are worth the price
of admission alone; they are breathtakingly shot. My rating 8 out of 10. 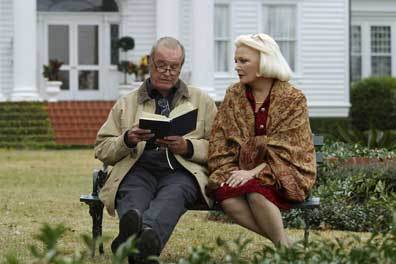 Based on the Comedy Central television show of the same name, Strangers with Candy is not a
film for folks with sensitive feelings. This is a way-over-the-top satire of
inappropriateness. It is the film Borat aspired to be. Jerri Blank is a 46-year old ex-druggie, ex-con who exits her
32 year prison term and returns home to find her mother dead and her papa a
victim of a coma created on the day she was incarcerated. To make amends, Jerri
decides to return to high school and become the person she could have been.
What results is wrong, wrong, wrong on every -ism and -phobia level
imaginable: sexism, racism, homophobia, you name it. It is also
laugh-out-loud hilarious! The best line comes as Jerri admits she’s sold out her
science project friends (a Caucasian girl, two Asian girls and two Asian
guys) by sharing their plans with the competition, and then says: “You are
my friends. Well, the white one at least. You darker ones are like valued
family servants”. While definitely not for kids, this film is so wrong it’s
ultimately brilliant. My rating 8 out of 10. 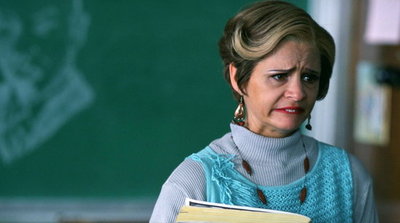