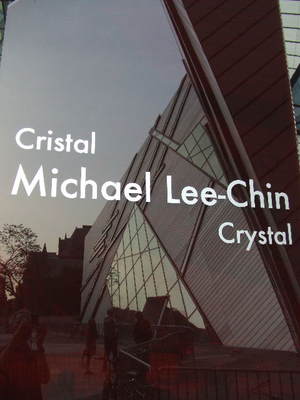 Friday found us heading to the newly redesigned Royal Ontario Museum to tour the Michael-Lee Chin “Crystal”. Most Torontonians are familiar with the lore behind the creation the new wing for the musuem .. but for you out-of-towners … it all started with uber-architect Daniel Libeskind’s epiphany when he drew the new ROM on a paper napkin while attending a wedding at the museum.

(rolls eyes) Whatever! The lengths ego-bound architects go to sometimes!

Anyhoo, years after this initial sketch and some $250 million dollars later, we have the ‘crystal’. Opinion is very divided on the result and there truly seems no middle ground. You either love it or loathe it. Sure, it’ll redefine how Toronto views itself: postcards will now depict Toronto from a whole new angle (no more views taken from the lake to shore; we’ll now view ourselves with the museum in the foreground looking south). Sure, it will generate lots of chat and talk. Sure, it’s an architectural marvel: the embarrassing cheap-looking aluminum-like cladding was a royal bugger to afix.

For me, it’s little more than an opportunity lost. It’s ended up “Libeskind-lite”, with the sum of its parts unresolved and lacking. 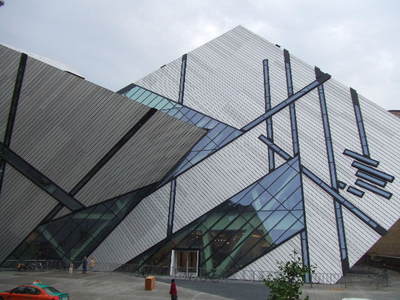 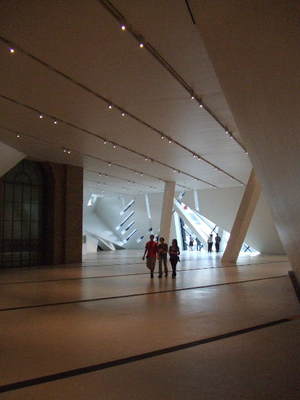 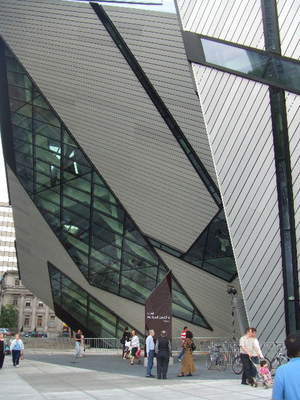 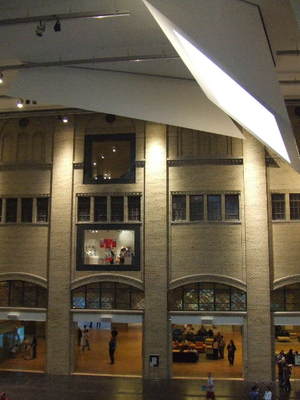 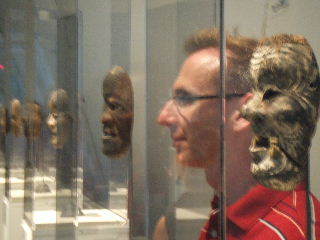 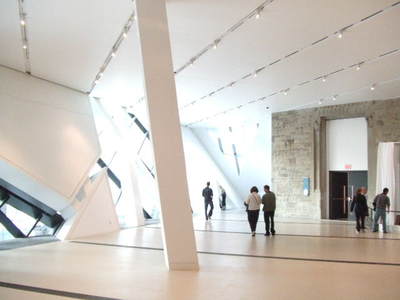 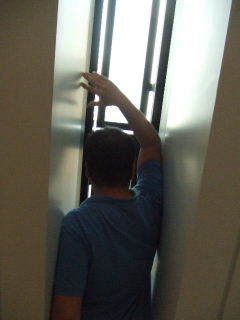 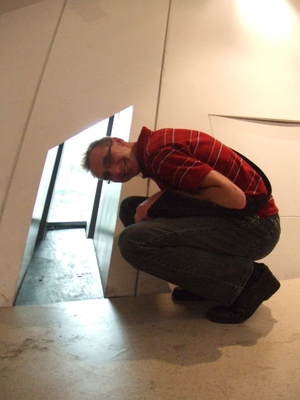 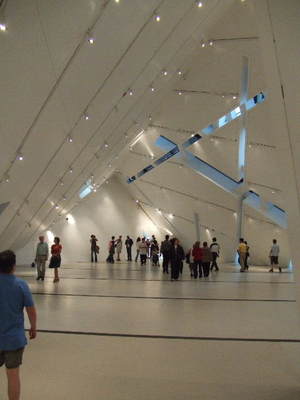 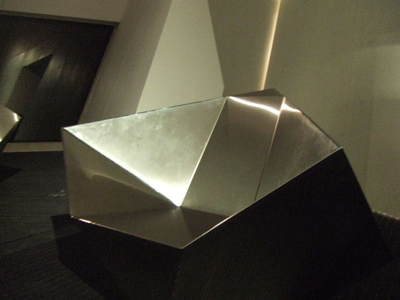