Yes, at the time of the year, there are non-TIFF films to watch

Since it’s been a Toronto International Film Festival-crazy week for me, I thought I’d post a few non-TIFF films I’ve seen this week too.

Jesus CampThis documentary, directed by Heidi Ewing and Rachel Grady, follows the lives of several children who have been indoctrinated by their Pentecostal parents into believing – on a level that is frankly terrifying – the Bible is the written, inviable word of God. Sadly, as such, these poor, sad children have no understanding of tolerance, moderation, diversity or the importance of inclusion. They have one poisoned view of the world and are just as fanatical as any al-Qa’eda terrorist. What’s worse, they are the future of America. It is a sobering view of what I’ve long said is the greatest threat to our world: fundamentalist Christians. Lord help us! My rating 7 out of 10. 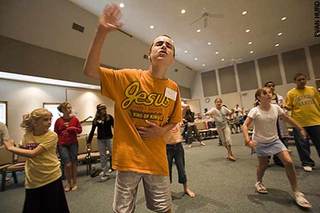 Simon Birch
Based loosely on John Irving’s wonderful book, A Prayer for Owen Meany, Simon Birch follows the story of a young boy with stunted growth syndrome from his birth to his untimely death. It sounds very heavy, but in the hands of director Mark Steven Johnson it comes out endearing and funny, if a tad predictable. Simon is the community’s outcast – relegated to the role of baby Jesus in the school Christmas play each year – but his best friend, Joe (played by Joseph Mazzello) sees the person beneath the body. Even when Simon unwittingly has a hand in Joe’s mother’s death, the friendship endures. Like a John Irving book, there is no end of odd and truly unique characters here, and, while from the very opening scene we know the film will end tragically, there is still enough humanity in the story to make it worth the ride. My rating 6 out of 10. 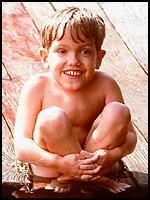 The Good Shepherd
A Robert De Niro directed film, The Good Shepperd follows the career of Edward Wilson (played brilliantly by Matt Damon) as he is recruited from college into the secret world of the CIA shortly before World War II. If you like espionage movies, rush out and rent this one. Loaded with great star power – Angelina Jolie, Joe Pesci, Alec Baldwin, Timothy Hutton, Billy Crudup, William Hurt and an outstanding Michael Gambon as Dr. Fredericks – it is essentially a character study of one man’s challenge to remain true to his country or his family. There are endless plot twists and turns and you’ll need to stay glued or risk missing an essential point. It is gorgeously filmed by De Niro and has a deep and rich feel to it complemented by a perfect soundtrack. While the film is too long by a half hour (typical of De Niro who needs to be more ruthless with his editor), the journey is more than worth this minor inconvenience. A solid, satisfying film worth my rating of 9 out of 10. 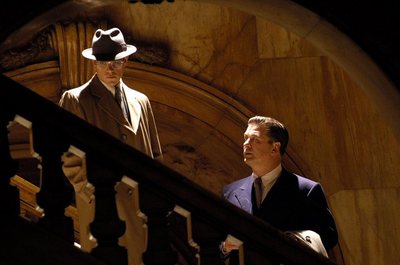 5 Responses to Yes, at the time of the year, there are non-TIFF films to watch