The plan was a pitcher of beer

The plan was a pitcher of beer and wings. Sounds simple eh. A pitcher of beer and wings to celebrate G finishing another architectural exam on Saturday. But even the simplest of plans can go awry. We opted for Chick ‘n Deli, one of the few restaurants along Mt. Pleasant we’ve not yet tried. However, upon arriving at 5:30, it was packed to the seams with cougars-in-training and a New Orleans jazz band – and love jazz though I do – hunger won out.

So, from Chick ‘n Deli we traipsed back along Eglinton with Philthy McNasty’s in mind. However, just outside we ran into Cousin Richard who advised we steer clear of the beer at McNasty’s as he knew of folks who’d be sick on it. Hmmmm…

So, back we hi-hoed to our local haunt, The Unicorn, where we doused ourselves in Strongbow and good chicken wings. I’m so sick of wings I can’t even begin to tell you, and we’re supposed to do wing night again on Saturday to celebrate watching NCAA Final Four games.

… me thinks ribs instead.

1) Brent’s pineapple-melon martini; 2) the quiche lorraine we made on Sunday night … good, though we do need to perfect the pastry bit in the KitchenAid.

But now, on to four movies I’ve watched this past week:

Requiem for a Dream
Requiem for a Dream is a tome poem movie based on the theme of addiction in its various forms – drugs, television, family, fame, hope; most especially hope. Starring Ellen Burstyn (as Sara Goldfarb), Jared Leto (as Harry, her son) and Jennifer Connelly (as Marion Silver, Harry’s cocaine addled girlfriend), the film is based on Hubert Selby, Jr’s novel. Caught in a decaying Brighton Beach, these three – and Harry’s friend Tyrone (played by Marlon Wayans) – quest after their American dreams while saddled by their addiction: diet pills, heroin and cocaine. What results is an excellent drug movie brutally showing the abyss addiction lead addicts to the edge of, and eventually into. It makes for tough viewing but director Darren’s Aronofsky’s use of what I call MTV directing (1000s of cuts) works well. Burstyn is simply excellent and received a deserved Oscar nomination for her role in 2001. While Aronofsky’s six year break in film-making did not serve him well (witness his ridiculous, wandering tome on existence, The Fountain, in 2006), Requiem gives you an example of director in fine form and a very sobering look at the horror addiction wields over hope. My rating 7 out of 10. 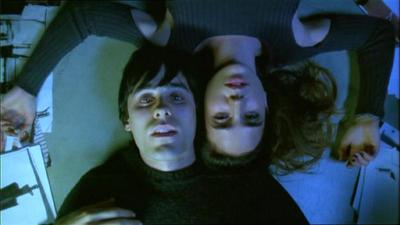 Kizuna 1
This Japanese manga, originally written by Kazuma Kodaka back in 1994, is now ten volumes long (volumes 1-8 are available in English as of this year by Be Beautiful). Manga is often difficult to translate to film and Kizuna is no exception to this rule, simply because the richness of the comic and characters is hard to capture in a anime film of 35-odd minutes. The story – somewhat sensational originally due to its blatant homosexual content – concerns two gay lovers, Kei and Ranmaru who first meet in middle school. Lots of drama ensues: Ranmaru saves Kei’s life, and ends his kendo career, by pushing him out of the way of a yakuza hitman’s car; Kei’s half brother, Kai, appears full of rage at Kei for being in love with Ranmaru, whom he idolizes; Kei discovers he is tied to a history of yakuza bosses, etc, etc.  The series is well made in typical anime style, with some bullet time and black and white thrown in. While not for everyone, granted, and with a PG rating for the frank sexual scenes, Kizuna will appeal to manga fans and the large corps of folks out there who love Japanese anime culture. My rating 6 out of 10.

Eternal Sunshine of the Spotless MindThe film won a deserved Oscar for Best Original Screenplay in 2004 and tells the fascinating story of Joel Barish (played by Jim Carrey) as he undergoes a targeted memory erasure procedure to rid his mind of his girlfriend, Clementine (played by Kate Winslet) after they have a particularly nasty fight. As such, much of the movie plays in Joel’s mind as Clementine is slowly excised from his memory. However, what makes the movie really connect is when Joel realizes – mid-procedure – just how much he truly loves Clementine and tries to stop her demise by taking her to fictitious locations they never visited in ‘real’ life in hopes of keeping her alive in some sense. Director Michel Gondry does a fabulous job portraying what might happen in our minds as memories are erased, and the supporting cast of Elijah Wood, Kirsten Dunst, the ever brilliant Tom Wilkinson and Mark Ruffalo give us a believable, if wonky, story in the ‘real’ world while Joel fights the battle in his mind. That all said, the movie is ponderous, there is no real erotic connection between Carrey and Winslet to make you feel moved by what’s happening, and the film is muddled (but perhaps that’s the point when it comes to memory erasure?). While a great film from the ‘what-if’ point of view (i.e., what if we could erase the memories of those we love[d]), the film fails to deliver any emotional home-run … and is, like its title riffed from Alexander Pope’s poem, forgetful. My rating for the ‘what-if’ factor solely, 5 out of 10. 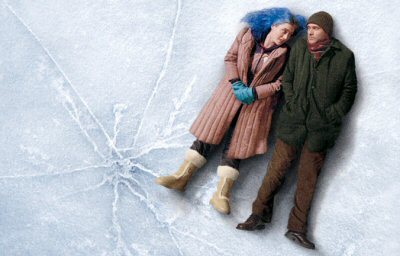 Fantastic Four: Rise of the Silver Surfer
Not a quarter as good as the original, Fantastic Four: The Rise of the Silver Surfer brings together the same group of b-stars (Chris Evans, she-who-can’t-act, Jessica Alba, Ioan Gruffudd and Michael Chiklis) with director Tim Story. The premise is a silly story of a planet-eating evil entity that’s heading to earth to chowdown. He’s drawn there by the good-alien-caught-in-a-bad-situation known as the Silver Surfer, and more so by his supercharged silver surfboard. No, I am not making this up! Worse yet, Invisible Woman and Mr. Fantastic are getting married. Sigh. While director Story is still able to play the Fantastic Four genre with tongue-in-cheek fun, the story and we’ve-seen-it-all-before bits between Human Torch and The Thing and the reappearance of Dr. Doom, make this effort more tedious than terrific. My rating 4 out of 10.

5 Responses to The plan was a pitcher of beer