I do think there is a direct relationship between posting and weather … especially after the winter we had! I find I post less in Spring, which is fine. I’m not, like, losing sleep over that or anything.

I must get down to Mt. Pleasant Cemetery today or tomorrow. Coming back up from HotDocs yesterday afternoon, I saw that the crab trees I continue to be obsessed about are just almost at peek. Which is way earlier than last year I think. I must get a picture of them.

I have a delegation of way-up South Korean Congressmen coming to visit next week and must finish the presentation. In what must be the height of irony, I just hired a new assistant back at the beginning of April and he is Korean so the timing is perfect. It was like, “Hi, welcome; you’re new I know but we’re going to throw you into the fire by having you help me present to what are essentially the equivalent of Federal Ministers in Canada”. Luckily, I’ve brilliant staff and he’s more than up for the challenge. When I had the Chinese delegation on site last year, I managed to mumble my way through some mandarin with them to break the ice, but my Korean is nonexistent.

Sicko
Michael Moore’s latest opus concerns America’s sad healthcare system and the crazy truth that American HMOs are more concerned with making money than in helping American’s live healthy lives. Done in his usual one-man-strikes-up-a-conversation style, it is simultaneously funny and sad. Moore uses some great visuals to illustrate just how crazy the American system is. To note but two: 1) Moore shows us the list of medical exclusions insurance companies use to deny your claim as a rolling screen alla the opening of Star Wars, complete with music; and,  2) Moore’s use of dollar figure bubbles that follow American politicians as they march into Congress to sign a new Seniors drug bill. These pieces are funny (in a sorrowful way) and very effective. In what is surely the most shocking note, Moore shows us the endgame of all American insurances companies, which is: to deny every claim. Such a culture is bred to the point where doctors and HMO staff actually get bonuses based on the number of denials they produce. Now that’s sick. For showing us both how lucky we are to be Canadians, and how important it is never to turn your head and cough while in America, my rating 8 out of 10. 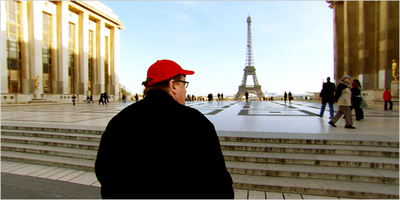 The Bourne Ultimatum
Paul Greengrass returns to direct part three of the Jason Bourne saga with Matt Damon in the starring role again. In this version, we see Jason going back to his roots, so to speak, to discover who birthed him into the covert killer he is. Turns out it is no one less then Albert Finney. Joan Allen, as Pamela Landy, is also back covertly helping Jason get to the root of his programming. This film is taunter and tighter than the lost-in-the-wilderness ride that was Bourne 2 and is a thoroughly good ride from its shakey-camera-action start to its neatly stitched-up conclusion, floating body and all.
My rating 8 out of 10. 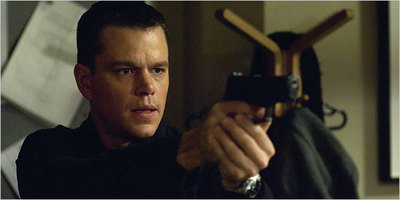 Second Skin
Directed by Juan Carlos Pineiro, Second Skin shows us the world of MMO (Massively Multiplayer Online) games like World of Warcraft, Second Life and EverQuest and the addictions they can spawn. Eighty percent of players are between the ages of 20-35 and many are obese. The result of playing games in some cases for up to 13-15 hours a day! We see gamers who end up living commune-like so they can play. We see gamers who end up meeting and falling in love with other gamers they only ever met virtually. We see gamers who’s passion has slipped into addiction to the point where they’ve lost everything. Along the way, we see college professors speak about what it means to the ‘real’ world when people retreat to a ‘virtual’ one to form friends and families. We see the ‘gold’ factories in China where young kids work for next to nothing to gain gold which is then traded for more status within the gaming world. MMOs are truly spawning a world within a world that we all will have to deal with as surely as we have to deal with gambling/alcohol addictions. My rating 7 out of 10. 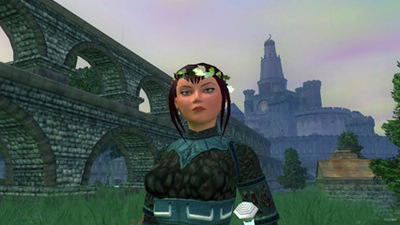