A week and some ago G caved and finally purchased us a chive pot, by which I mean an enamel-coated cast-iron Calphahon pot that works on stove-top and in the oven.

It’s a joy to cook with and it had its official breaking in last Friday night when we prepared an Amarone Osso Buco Pot Roast. This was a cinch to prepare and cook (as the bulk of the cooking is done in the oven for a couple hours). We served this al fresco on the balcony with a superb bottle of Amarone Della Valpolcellia. 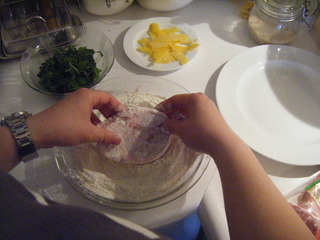 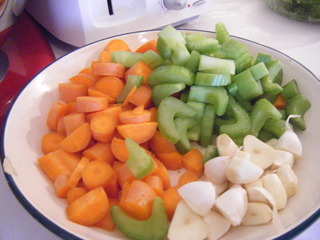 1) dust veal with flour and seasoning; and 2) ready your mis en place 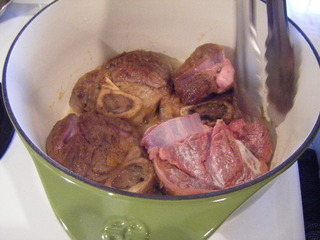 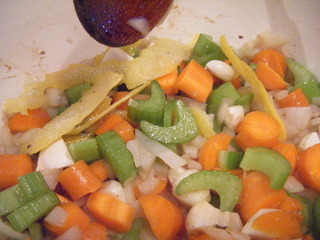 3) sear the meat, remove and; 4) saute the veggies, lemon and bay leaf 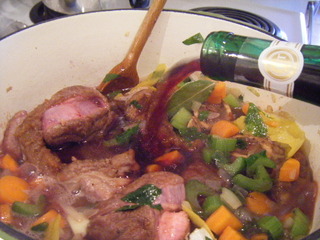 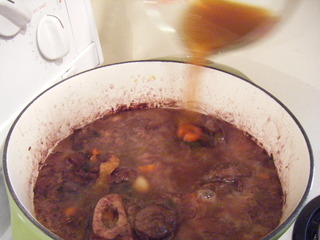 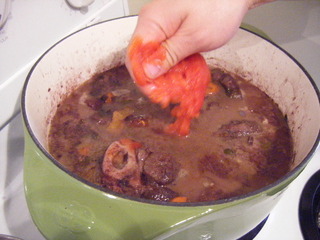 7) crush in a can of tomatoes; 8) bring to a boil and then bake in the oven for a couple hours 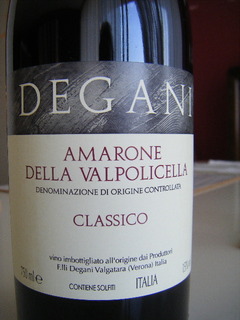 La Vie en RoseOlivier Dahan directs this fair film made watchable thanks to Marion Cotillard’s fine (and Academy Award winning) performance as the chantress with demons, Edit Piaf. The film traces Edith’s life from her grimy childhood as the daughter of an acrobat, to her worldwide success, to her sad, lonely death at a very young forty-nine. Dahan uses a nonlinear approach cartwheeling between the young Edith living in her mother’s bordello to her bedridden, morphine riddled older self. A technique which I found bothersome/annoying (take your pick). La Vie en Rose, however, is ripe with the gorgeous, unmistakable music of Piaf (Dahan correctly used Piaf’s original recordings in the film) and does show us a woman who never really escaped her upbringing, or sadly,  the tragedy of her love affair with boxer, Marcel Cerdan . Sadly too, the film glosses over Piaf time in Paris under the Nazi occupation during World War II – a time that truly made her famous, which left this reviewer wondering what she was hiding. My rating 7 out of 10.

Orange County
Though this 2002 film, directed by Jake Kasden, was filled with stars – Lily Tomlin, Chevy Chase, Jack Black, Catherine O’Hara and John Lithgow to centre out a few – it is essentially a watered down version of Ferris Bueller’s Day Off and not one tenth as good. Colin Hanks stars as Shaun Brumder, a spacy surfer kid from – you got it – Orange County, California – who’s only hope of escape from a thoroughly dysfunctional family is applying to Standford and becoming a writer. The plan goes awry when his guidance counsellor sends Standford the wrong application. Nonplused and determined to get into the school, Shaun concocts several ill-advised plans to make the grade, so to speak, including a disastrous meeting with Standford’s Dean of Admissions at his parent’s home, which was probably the funniest part of this film. Orange County is a film trying to have an independent edge but is really just a poor parody of films of this genre (and ones better done at that).
My rating 5 out of 10. 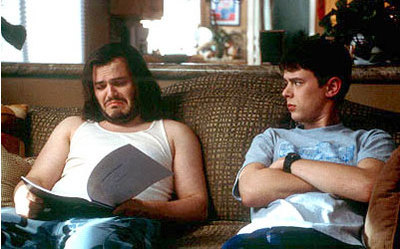 6 Responses to The Chive Pot