I’m beside myself with glee. Yes, glee. Coming up to a year ago now, Coach Vince gifted G and I with a beautiful orchid. When it arrived on our dinning room table it was in full bloom with two hearty stalks heavily ladden with flowers. These flowers lasted some 3 months before dying off. At this point I set myself the task getting this orchid to rebloom.

Impossible I know. I’m no green thumb and kill most plants that arrive in the condo, including the hardiest and least easy to kill plant out there: the snake plant. The proof, the one I have now is in fact on it’s last legs. But, I read up, I studied and I spent many months of Sunday mornings carefully watering, fertilizing, cooing and coaxing the orchid into bloom. Ever watered an orchid? They are more work than kids I’m sure.

Blessed success! Me so happy.


Agnes of GodWay
back in 1985 Canadian uber-director Norman Jewison took John
Pielmeier’s stage play, Agnes of God, and turned it into a decent film.
Taking the mysterious birth (and death) of a novice nun’s newborn baby as its starting point, the movie forces us to examine our views of all things religious. Starring Jane Fonda as Dr. Martha Livingston,
the psychiatrist sent to examine the unholy business and interview the novice nun; a never more
brilliant Meg Tilley as the nun in question and Anne Bancroft as Mother
Miriam Ruth, the film is essentially a struggle between faith,
represented by Mother Ruth and fact, represented by Dr. Livingston. The real drama here lies in the exchanges of the
relapsed Catholic and the zealous Mother Ruth as she tries to hide her own involvement in the mysterious birth. My rating 7 out of 10.

C’est pas moi, je le jure! (aka It’s Not Me, I Swear)
Philippe Falardeau directs this wonky Quebec film of a 10 year old lad, Leon (Antoine L’Écuyer), his passion for suicide attempts and his very wonky family. Leon is a loner who terrorizes his neighbourhood but is protected by his artsy, eccentric mother (Suzanne Clement) until the day she leaves for Greece. Without her stabilizing influence and his father’s (Daniel Briere) indifference Leon goes on a tear. Befriended by the neighbourhood’s other oddball kid, a young girl named Lea (Catherine Faucher), the two plan their escape from the small town. It’s Not Me, I Swear is filled with comedy that masks the pain buried in Leon. Young L’Écuyer carries the film throughout giving us a darker, emotionally wounded character that puts Macauley Culkin to shame. Quirky, odd, sad and absolutely worth seeing. Not for kids. My rating 8 out of 10.

The Moguls (aka The Amateurs)
An ensemble piece starring Ted Danson, William Fitchner, Jeff Bridges and Joe Pantoliano (among others).  Down and out Andy (Bridges) decides to film an adult entertainment video – read: porno – as a way to make some cash, employ his ragtag group of going-nowhere friends and most importantly, impress his son. That premise could be dangerous but director Michael Traeger handles the topic exceptionally well with the right balance of humour, romance and, erm, sex. That said, this film will not be for everyone and opened to, well, bad reviews. Yet I found it endearing with a sort of tongue in cheek simpleness that was perfect for movie watching as an escape on a summer Sunday afternoon. My rating 7 out of 10. 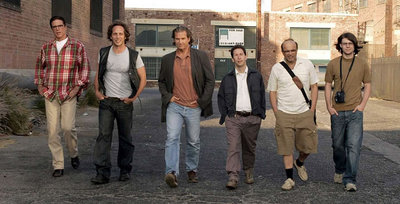 Twilight
Based
on Stephenie Meyer’s dreadfully written novel of the same name,
Twilight surprised me. It takes the usual story of a common girl who
moves to a new town, Bella Swan (Kristen Stewart), and has her fall
in love with the town’s misfit student, Edward Cullen (Robert
Pattinson). It’s all been down before yes, but the twist here lies in the fact Edward is
a vampire. Despite the overt corniness of the premise and the
pedestrian acting (especially on Stewart’s part), director Catherine Hardwicke
makes a great go of it. Filmed with the perfect amount of darkness,
dread and romance the result is a film better than the sum of its
various parts. A film certainly worth sinking your teeth into gives Twilight my rating 8 out of 10. 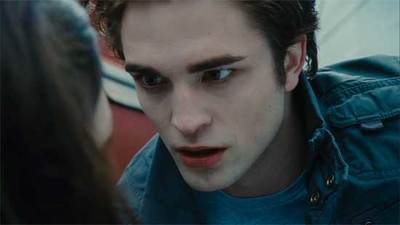 X-men: Wolverine
We go back to the origins of Wolverine in this latest installment of the X-Men genre. Logan aka Wolverine (Hugh Jackman) returns along with his menacing brother Victor Creed (Liev Schreiber). We learn all about their early roots as mutant lads and prolific soldiers from the Civil War thru to Vietnam, and how Wolverine – moved by love (awwww) – swears revenge after his girlfriend, Kayla (Linda Collins) is (supposedly) murdered by Victor. But all is not as it seems as the (faked) death is but a ploy by the evil government lackey and leader of Team X, Striker (Danny Huston), to build the ultimate weapon: a soldier morphed from the strengths of each mutant, Wolverine included. Got all that? Directed by Gavin Hood, there are plenty of fights and action here but not much else. What’s lacking is the deeper psychological examination of each characters’ actions to ground all the mayhem. Think of this one as X-men Lite. All fluff no substance gives this effort my rating of 4 out of 10.

8 Responses to The Orchid