We opted for hotpot and G’s famous homemade pizza as celebratory New Year-related festive feasts over the weekend … and wine and champagne, but of course.

2 & 3) when in doubt with champagne choices, open both!

And there’s been a whack of movies of late, including:


Friends with MoneyFriends with Money focuses on the self-absorbed world that is Los Angeles, and, its fine ensemble cast aside, is a silly and hollow tromp with about as much deep meaning as an episode of The Love Boat. But that’s the point. We meet four friends, Olivia (Jennifer Aniston) whose broke, single and working as a maid; Franny (Joan Cusack) whose happily married and rich; Christine (Catherine Keener) whose unhappily married and oblivious to the animosity her home renovation is causing; and Jane (Frances McDormand) whose married and nasty angry all the time. While the story revolves around the rich threesome’s desire to help Olivia out, the character that keeps this film interesting is Jane’s husband, Aaron (Simon McBurney). If these are the people we become when we have money, please let me remain poor forevermore. Directed by Nicole Holofcener, Friends with Money has some funny moments, and the fact you could care less about anyone in this film aside, still garners my rating of 7 out of 10.

Seven PoundsThere was great buzz around this film’s twist ending when it premiered. Directed by Gabriele Muccino, it stars Will Smith as Ben Thomas, a supposed IRS agent out to do good for the citizens under his care. What’s at play here however is the story of a man on a mission, a man keen to choose the people he will gift his organs to; a man dealing with the guilt of an automobile accident he caused that took the life of his girlfriend (Robinne Lee) and six others. Seven Pounds is a film about the lengths a man will take to seek salvation. The acting is solid and both Smith and Rosario Dawson (playing Emily Posa) do a fine, fine job. While the film could do with a further edit (it is too long), and while you do see the twist long before the end, Seven Pounds is an interesting ‘what-if’ exploration of a suicide-with-a-twist. My rating 7 out of 10.

Up in the Air
Ryan Bingham (George Clooney) fires people for a living, flying across the continent doing other people’s nasty work. The work has left him deeply shallow, oblivious to relationships and consumed with landing American Airlines’ most elite flier status. When his company decides to pilot a new method to fire people online, Ryan is saddled with an up-and-coming brainiac, Natalie Keener (Anna Kendrick), to show her the ropes of firing people live and in person. Along the way, Ryan falls for another corporate monster like himself, Alex Goran (Vera Farmiga). Directed by Jason Reitman, Up in the Air is easily one of the best movies this year. The writing is outstanding and there are more perfect lines, perfectly delivered here than in any movie in some time. More deeply, the movie shows us three people caught in their respective corporate tracks and, for Ryan – so brilliantly realized by Clooney – how sometimes you have to be hurt to fully understand the richness that is life, and that none of us can exist solely up in the air. My rating 9 out of 10. 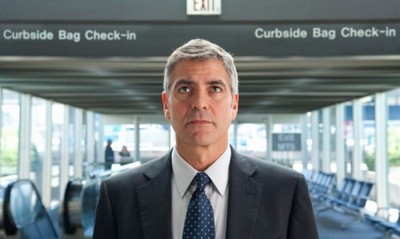 Avatar Canadian director James Cameron returns after a 10 year hiatus and delivers us a film that represents the next leap forward in movie-making. Avatar is leaps and bounds better than Titanic (but that is not saying much, I know). The story of Jake Sully (Sam Worthington) heading off to Pandora to be morphed into a Na’vi, a humanoid race that lives by the Gaia principle is simplistic, at best. Worse is Cameron’s hit-us-over-the-head references to our disastrous stewardship of Earth and the American panache to think their way is should be everyone’s way, That aside, Avatar is a landmark film for its technological achievements. Unlike other 3-D films which place you on the brink of an environment only to startle you with something coming from inside the screen, Avatar is the first that draws you wholly within the environment so that the Pandoran world surrounds you. It is a 3-D marvel and the future of film, and television and computers and for that warrants my rating 8 out of 10.

Transporter 2
Jason Statham returns to his role as Frank Martin, the uber-cool former special agent who will transport anything … for a price. In this outing, Frank is ferrying Jack (Hunter Clary), the son of a US Drug Enforcement czar (played by an overwrought Matthew Modine), around Miami until he is kidnapped by drug dealing bad guys Gianni Chellni (Alessandro Gassman) and his very chic and sick girlfriend Lola (Kate Nauta). The plot is a rabbit warren of silliness that hardly matters one iota as the film is about Frank doing that thing he does so well, making mayhem in the cause of good. If you can suspend reality and enjoy this film purely on its action merits you’ll have a fantastic ride. My rating 6 out of 10.

Iraq in Fragments
This sober documentary directed by James Longley gives us three short glimpses into the lives of ordinary Iraqis impacted by the aftermath of the American occupation of their country. Filmed video

verité style with no script, it lets its group of Sunni and Shites and Kurds tell their story. What results is a profound sadness for what has been lost to this nation, a ringing hope that the youngsters’ wishes – so purely expressed in the documentary – may one day come true, and that Iraq remains a terribly complicated nation with wounds so deeply incised into living memory that recovery will take generations. My rating 7 out of 10.

About A Boy
Directed by the Weitz brothers, About a Boy stars Hugh Grant as Will, a gadfly layabout with money who has little concern for relationships, people or the norms of society. Constantly on the prowl for his next lass, he lies his way into a single with children support group and ends up with more than he can handle when he meets Marcus (Nicholas Hoult), the son a very depressed and
suicidal mother, Fiona (Toni Collette)

. Marcus is a thoroughly odd lad built in the typical British eccentric fashion. His plan to find a spare adult to protect him should his mother manage to off herself begins to bear fruit as Will is increasingly drawn into his and his mother’s world. Based on the novel by Nick Hornby, About a Boy works exceptionally well thanks to Grant’s spot-on performance and the great connection he and Hoult foster on screen. While mushy and sentimental on several levels, the movie is still endearing, fun and funny and gets my rating 7 out of 10.