Where in the heck is Edmundston?

Edmundston, New Brunswick, is a few kilometers from the Quebec border and I could quite literally spit and hit the state of Maine from my hotel room. It is where I’m hanging my hat this evening after a long drive – yes, drive – that started very early this morning in Halifax, Nova Scotia. I flew down to Halifax on Tuesday.

Edmundston, like all of New Brunswick, is fully bilingual but French is the language on the ground here.

I paused on route to stop in the village of Hartland (population: negligible) which is famed for having the World’s Longest Covered Bridge. The bridge is also notable in that it remains operational even today and despite being built in 1901 I – of course – drove the car over and back. It is some 1,282 feet long and the covered sidewalk was added in 1945. 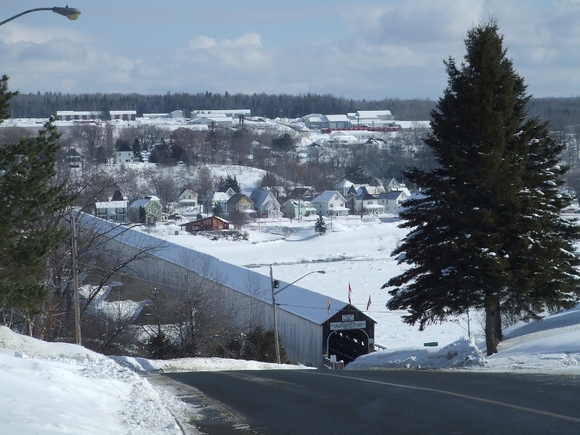 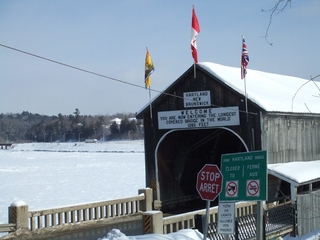 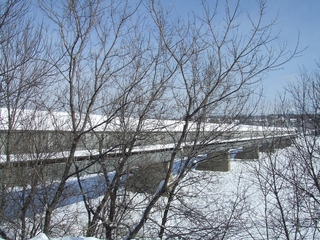 3) the entrance; 4) the bridge spans the Saint John River

I wonder where Friday night may find me?