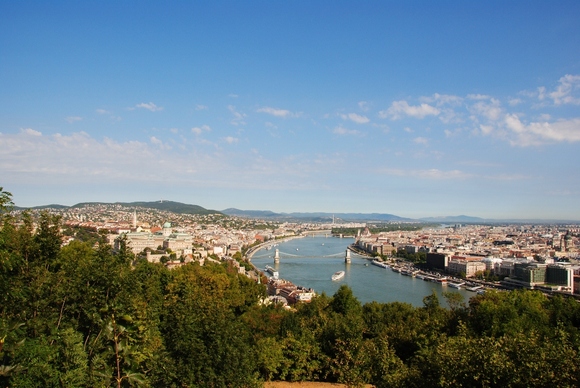 1) Buda (on left where I am taking this picture from high atop Citadella) and Pest (on right) with the beautiful Danube in between). The bridge you see is Lanchid (or Chain) Bridge. My hotel is just to the left of this where you see the Danube river cruiser tied up

I arrived in Budapest on Monday after some 13.5hrs flying time. That’s a long way indeed but two stops – one in Montreal; the other in Frankfurt – went some way to breaking it up.

Budapest is a gorgeous city that is currently caught – delightfully – in an Indian summer heat wave and the days have been hot and humid with temperatures at 30C.  It is an old city by North American standards – initially founded around 1AD by Celts. Since that time though it has been a stopping ground of many invaders including the Romans; the Mongols; the Ottomans (Turks) who built many of the splendid thermal spas the city is known for; the Hapsburgs; the Germans and of course, most recently, the Soviets. The beautiful bridges that criss-cross the Danube that I look out on from my hotel were all completely destroyed during WW II and have since been re-built.

The food is excellent – and I’ve had my fill of some fine goulashes; Dreher beers; fabulous Hungarian wines (they are so often overlooked but I suggest you take the time to try some (roses in particular)) and more warm, cheese-filled Hungarian desserts than I care to admit to. 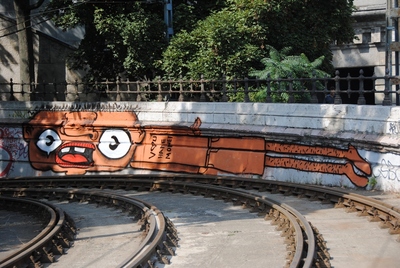 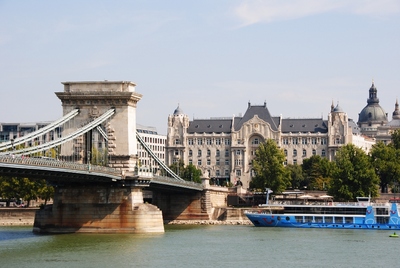 2) even here, graffiti; 3) the famous Gresham Hotel aka The Four Seasons sits across from me 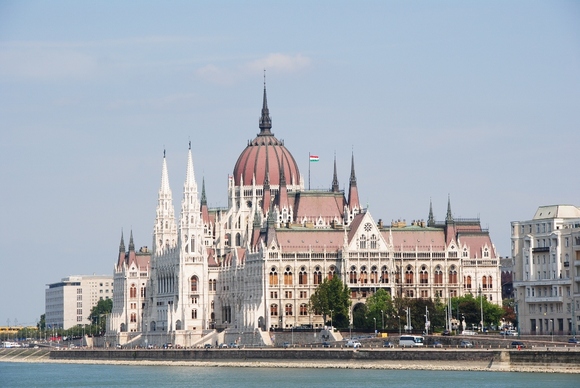 4) Hundarian Parliament Buildings on the Pest side 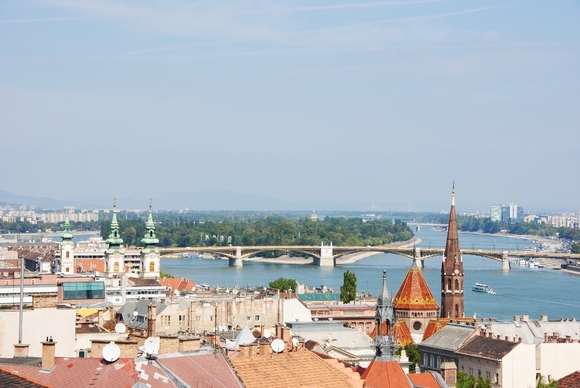 5) looking up towards Margit Bridge and Margit Island. So named after Saint Margaret who lived her life here as a nun when, in 1245 , Hungary was liberated. Her father King Bela IV vowed to dedicate a daughter to religion in honour of his defeat of the Mongols 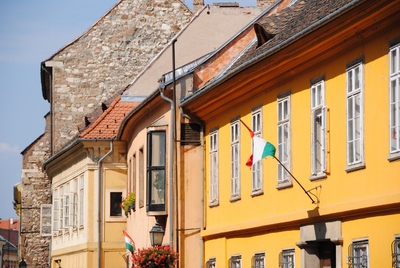 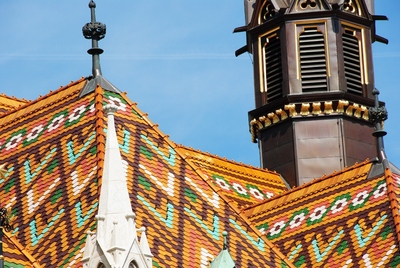 6) the streets of Budapest are alive with colour; 7) Matthais Church high atop Buda Castle 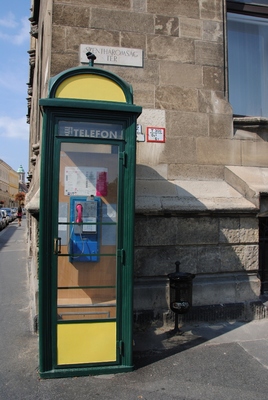 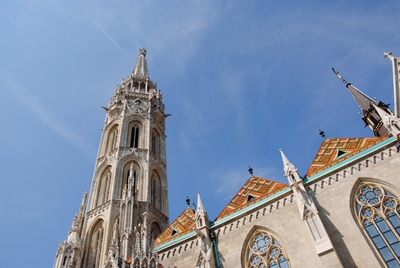 8) the city has the cutest ever telephone booths; 9) Matthais Church

Budapest, at night, is truly a stunning wonder to see as you walk across its many bridges. 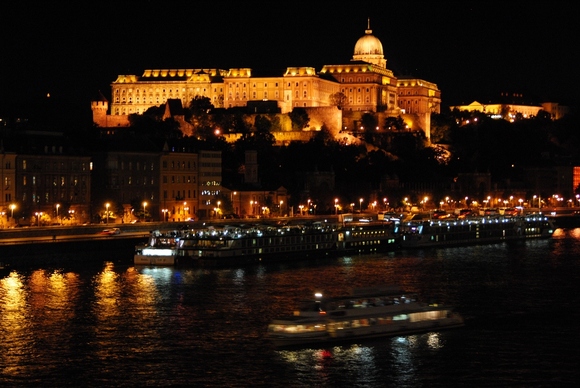 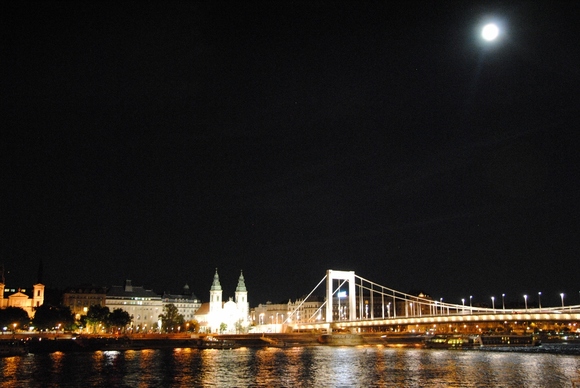 I have enjoyed my time here and adore the view from hotel, the awad-winning Lanchid 19 Hotel. I am on the Buda side of the city (the Buda Castle is just behind me) and I look out across the Danube to Pest. 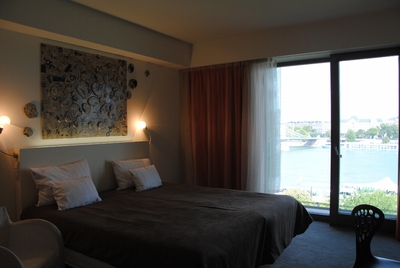 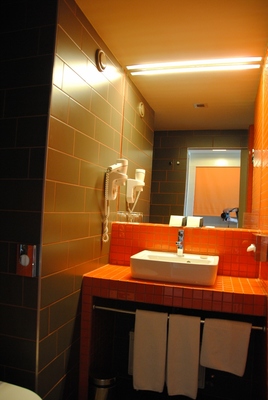 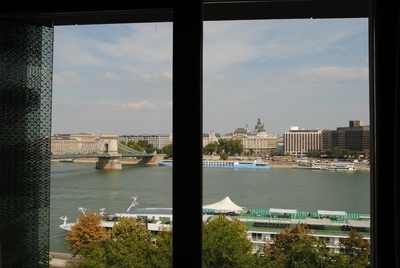 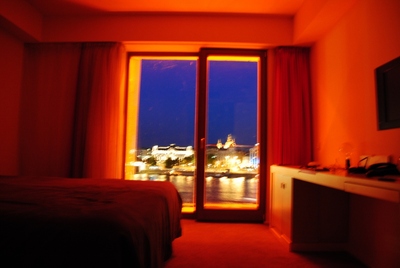 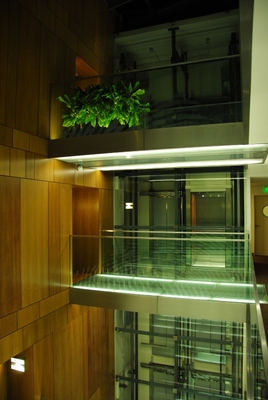 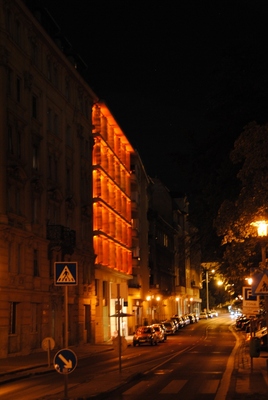 15) the hotel only has a handful of rooms and has an open atrium in its interior; 16) at night the hotel is set alight and is a jewel on the street 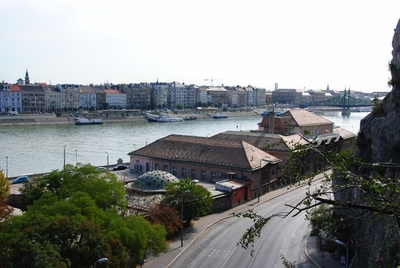 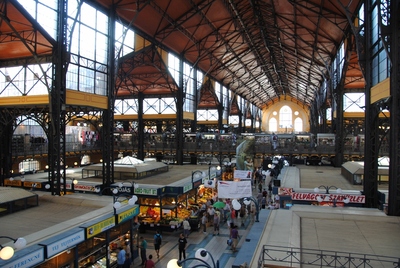 17) Rudas Spa; it is quite the experience – very homoerotic, very confusing to understand how to get in and about, but so old (circa 1500s) and Turkish; 18)  the Nagyvasarcsarnok (or Grand Market Hall) is an absolute must visit 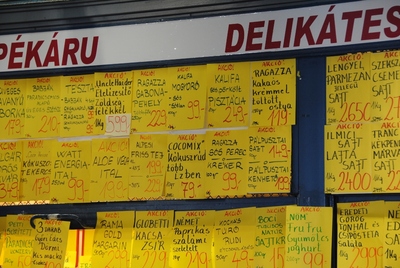 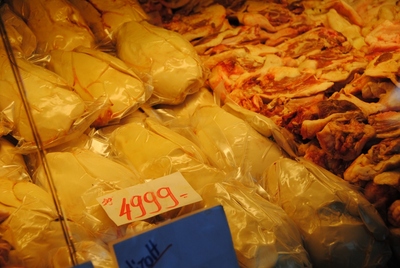 23) REAL paprika (if you ever wondered what it looks like) – a little smaller than a golf ball; 24) this is foie gras the size of footballs – stunning and yours for only 5000 forients 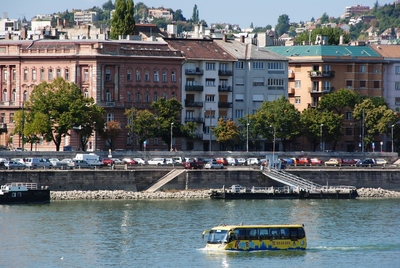 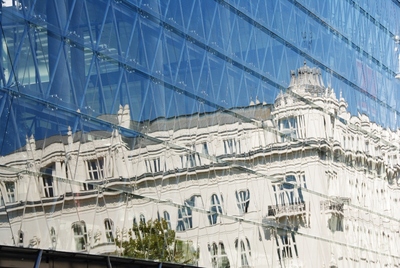 25) seems every city has it water buss and Budapest is no exception; 26) the city reflected in it’s largest indoor mall glass facade 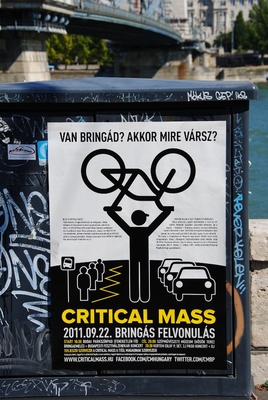 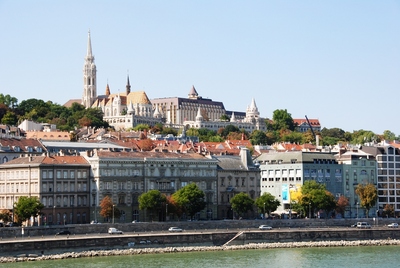 27) even here … Critical Mass does its thing; 28) there’s the Church again 29)  the dome of the Hungarian Parliament

Today I will take a bus another 3 hours south – down to the Great Southern Plain that borders Serbia – to the town of Baja to spend a few days and taste Hungary’s famous ‘fish soup’.