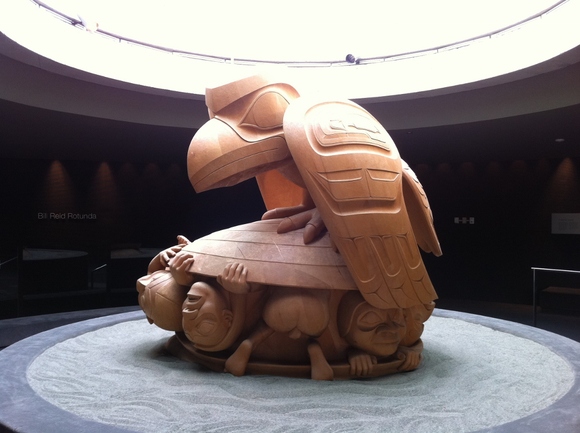 1) arguably, the museum’s most famous sculpture is Bill Reid’s “The Raven and the First Men” which depicts the Haida creation myth when the raven discovered man hidden within a clam shell.

At the last moment I realized back in February I purchased a Groupon for the Museum of Anthropology at the University of British Columbia that was expiring this week. Never one to give up a deal, out G and I went on Sunday afternoon to take a peek at one of Canadian architect Arthur Erickson’s seminal buildings, built way back in 1976. While the fabled fountain/pond at the museum’s rear is but a shadow of its original (it is still an impressive building). The famous pool has only been filled three times now: once for the filming of the movie “Intersection”; a second time for the 1997 APEC leader’s summit; and a third time for Erickson’s 80th birthday in 2004. The museum is a wondrous storehouse of works by First Nations people from, in particular, the Pacific Northwest. 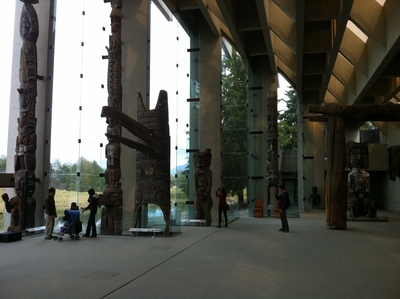 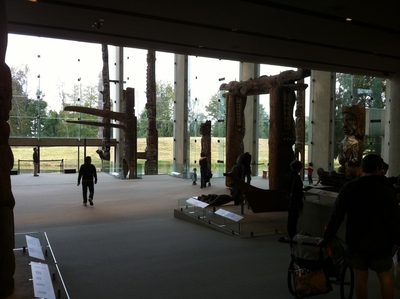 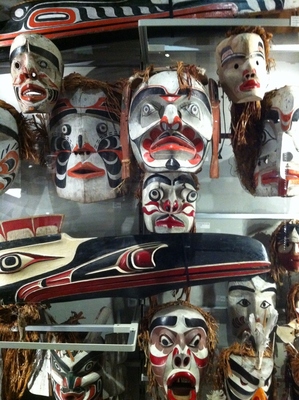 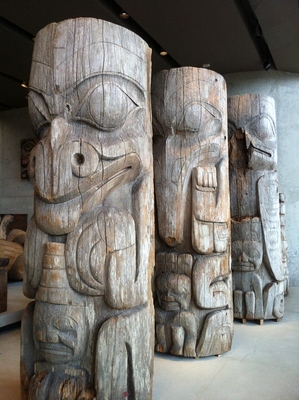 4) visiting the museum makes you realize how common masks are to so many cultures; 5) Haida totem poles 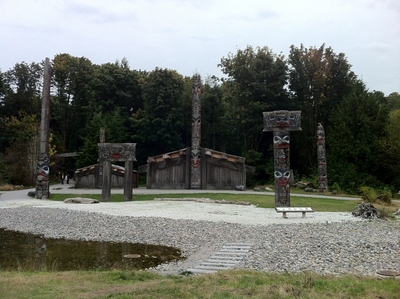 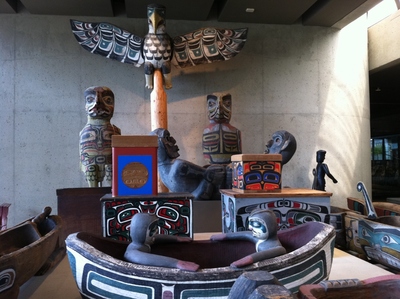 6) the mock Haida village with the much depleted fountain/pool; 7) more First Nations carvings 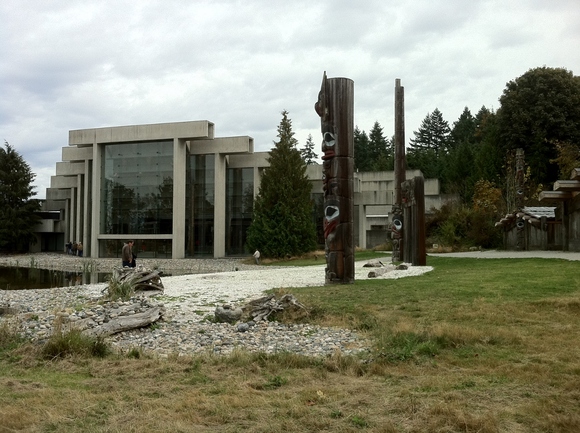 8) here is the exterior of the museum

We’ve also been busy of late cooking, but of course, which included fresh live scallops (which are so yummy but rather creepy to prepare as when you are removing the skirt, the poor things still pulsate like a human heart); a Peking duck pizza that G whipped up; a scallop pasta; veal shanks with a uber yummy green olive gremolata; pulled pork with homemade buttermilk biscuits; and a cassoulet. 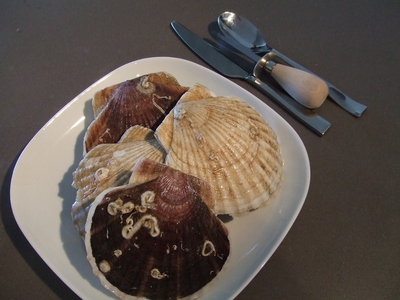 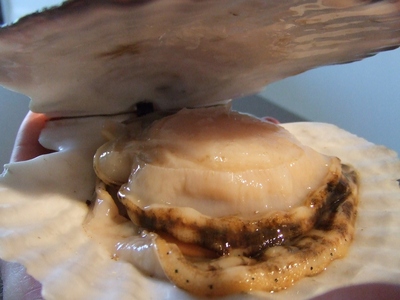 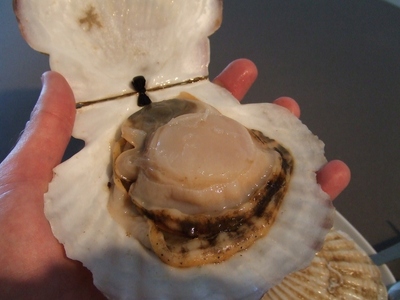 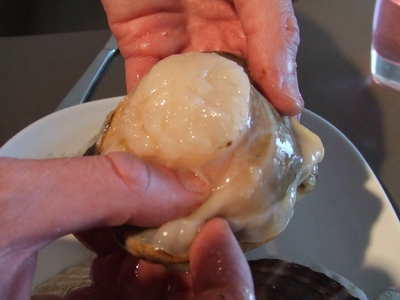 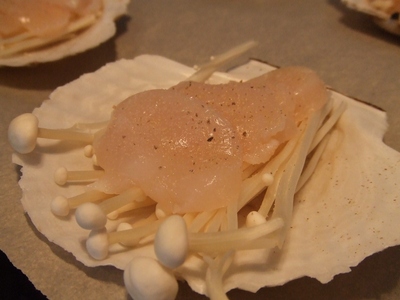 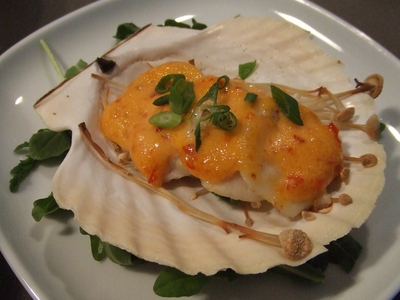 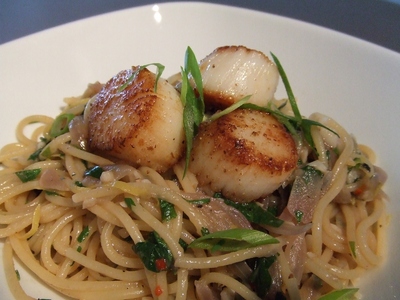 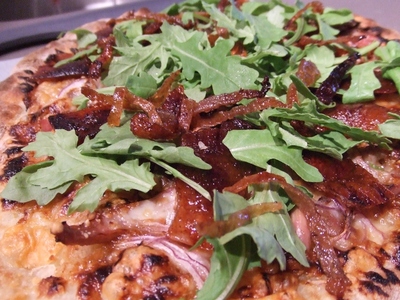 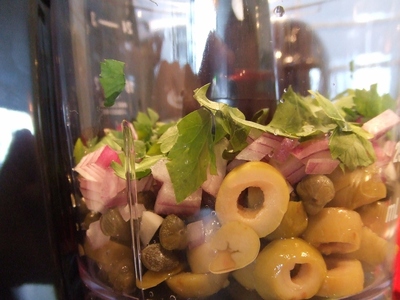 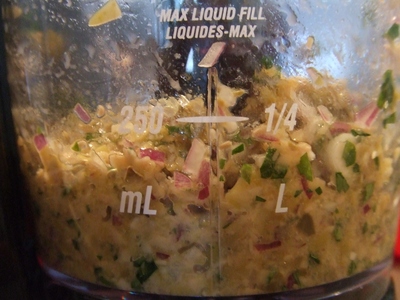 17 & 18) preparing the green olive topping for the veal 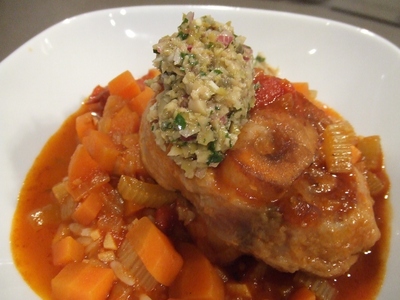 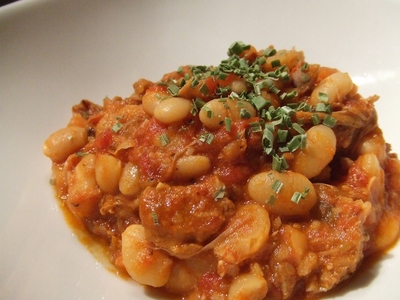 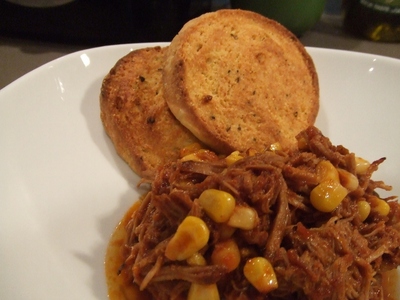 21) the pulled pork with biscuits

Isn’t it interesting that these last three dishes actually all ‘look’ the same. Lots of redness thanks to many cans of tomatoes.

3 Responses to Museum of Anthropology