… and then just like that, here I am in Toronto eating my way about the city and wandering the old neighbourhood. The condo and its community all seem the same after a year’s absence.  Which is so very odd. Last night I dined at Earl’s with the great crew of Lady Sarah and her husband Philip; Mimi and her husband Jim; Blee; Cousin Richard and Laura. WIth thanks to Cousin Richard for the photos! 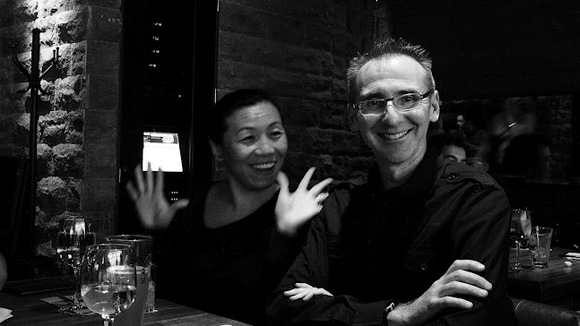 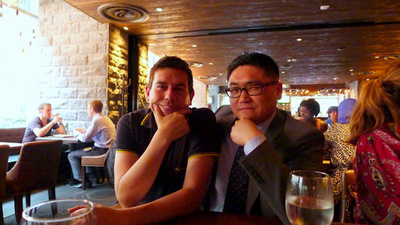 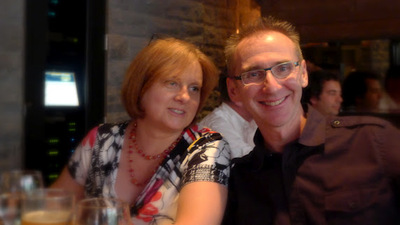 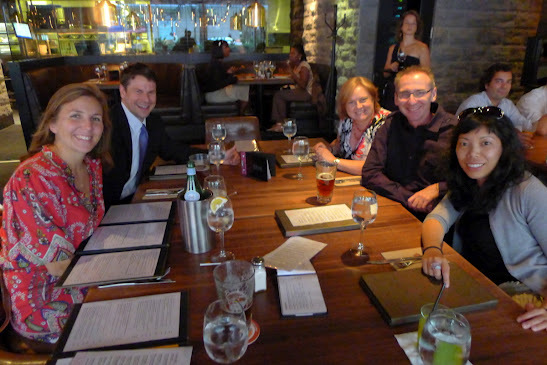 Meanwhile, back in London the gardens at Riverside were beautiful as ever; Papa does such a good job with them. 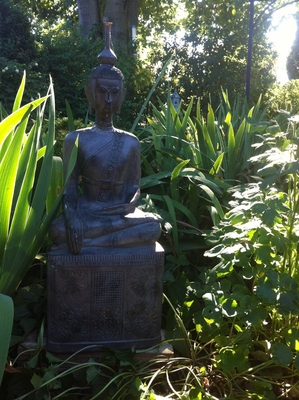 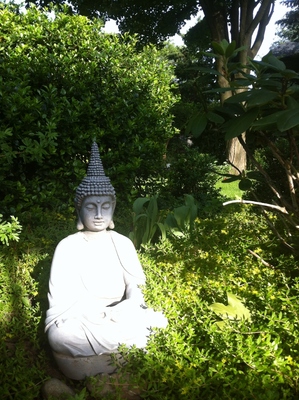 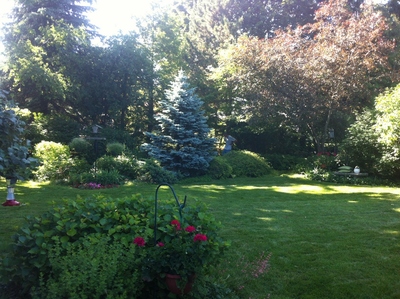 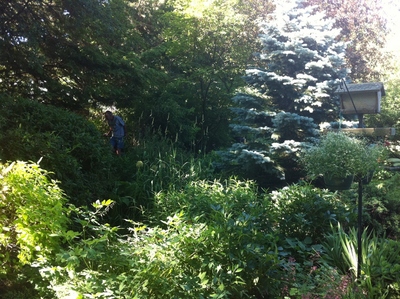 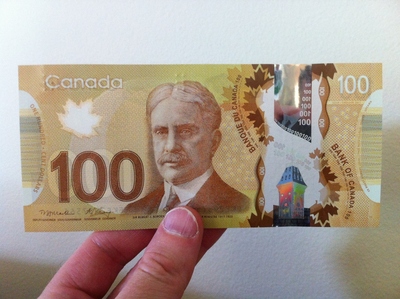 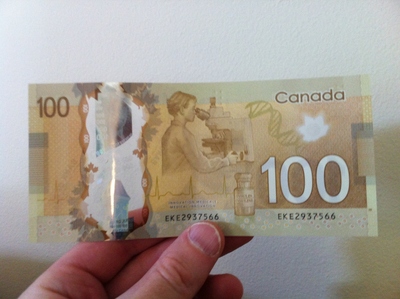 9 & 10) I fondle the new Canadian $100 bill, go on, try ripping it! … in addition to being transparent, it’s plastic. That’s former prime minster Sir Robert Borden on the front