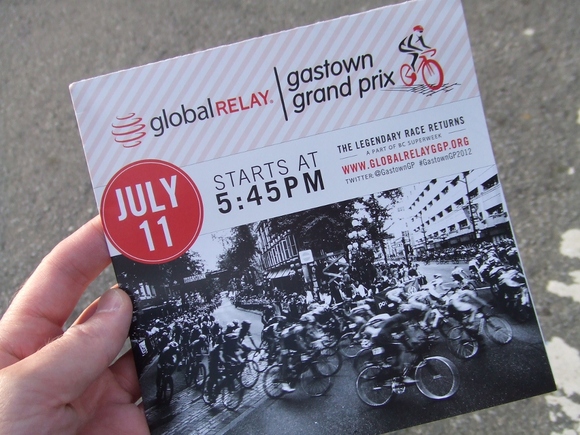 Last night the Gastown Grand Prix returned to the streets of the downtown east side of Vancouver after a three year absence. The race is a criterium where cycling teams vie strategically to get their top guy on the front of the peloton by the last lap. Men’s and women’s categories are raced and the total purse is $40,000. The course is great as it circles a 1.2km circuit right in Gastown on its cobblestoned narrow streets and presents two hairpin turns that are tricky to negotiate in a pack. There were spills. Best of all, it all happened immediately in front of our condo so we could – drinks in hand – watch from on-high. But the action is down on the street so naturally out we went.

The race draws top cyclists – even during Tour de France season – and the field included Tour de France and Olympic riders. Way back in 1991, he-who-now-is-a-disgraced, soon-to-be-stripped-of-his-titles rider, the drug-using American, Lance Armstrong, won the Gastown Grand Prix. Me wonders if he will have this title stripped too.

(as a side note on Mr.  Armstrong, it is sad that all the good he has done for cycling and cancer and personal motivation will blackened and forgotten because of his misdeeds. It is sadder still that he and his lawyers have the wherewithal and funds to drag-out the legal battle that will ensue until long after Mr. Armstrong has cycled off to whatever fate awaits him in the Tour de Heaven rather than be a man, admit what he did, and get on with it)

What’s amazing is standing right at the barriers as the peloton flashes by and realizing the tremendous wind you’re feeling is being created by them and their speed. 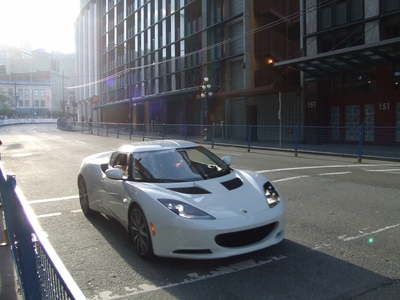 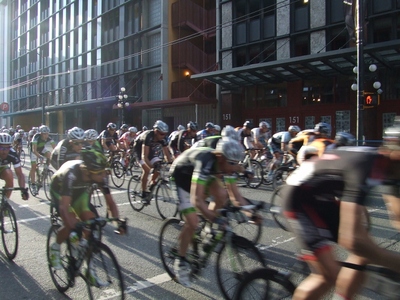 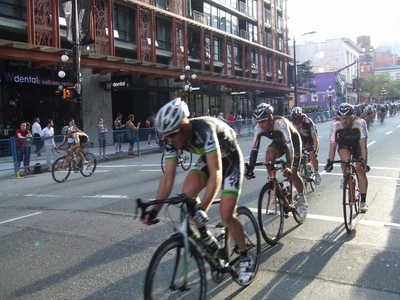 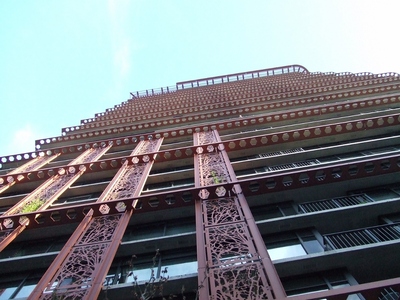 4) the leaders roll in close; 5) view’s better down here than up there 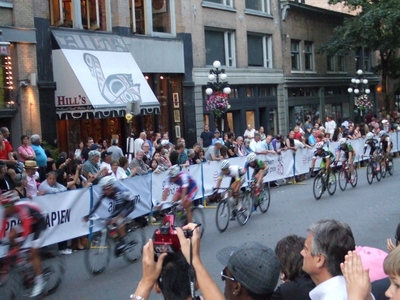 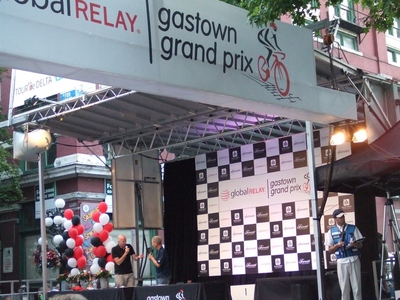 6) riding down Water Street’s cobblestones; 7) the finish line and podium