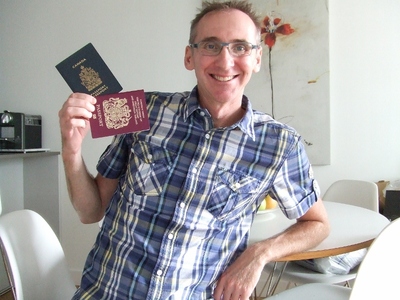 Back in another time and in a life far, far away I was tracked for Olympian gold … in swimming. The 100m backstroke and 100m individual medley were my events. I swam competitively and in that life practiced, essentially, 12 times a week – every morning and every night and twice on weekends when we weren’t away for meets. My parents were like all Olympian parents and sacrificed tons of time commuting me back and forth to practices and meets, and volunteering at trainings to become timers and turn judges … both as busy professionals. Commitment I’ve always said is not a simple word: it is an action. I swam because I enjoyed it – despite the authoritarian exploits of my coach Mrs. Bowman, who patrolled (and that is the only word that is appropriate) the deck, a stack of flutterboards under arm, ready to hurtle one at any swimmer who was not giving 110% or missed a turn.

(We, secretly, did our utmost to spy on her between breaths and stole whatever shortcuts we could whenever possible).

I wonder where Mrs. Bowman is now, whether she is still alive and coaching, or if she has ascended to the big swimming pool in the sky.

I enjoyed swimming and my team-mates, and, being damn fine in backstroke, winning of course. But my heart is not competitive by nature (blame the aquarian in me). I did not want to be an Olympian despite the dollars being spent on preparing me for what today is called in Canada “owning the podium”. It was with great relief and credit to my folks (perhaps they were relieved too?) that I broke the news I wanted to exit the fast track to Olympian gold.

And so I onwarded to English horseback riding and jumping but never (to this day) lost my love of swimming. I think of this all now as I watch the Olympics and am awed at the times posted by Olympic backstrokers. When I swam I was doing a 100m backstroke in around 1:02. Today, the lads swim this in about 0:52. Amazing what three decades brings isn’t it?!

When I watched the opening ceremonies, my first reaction was to immediately look into how to revoke my British citizenship – wasn’t that a dreadful mishmash! Mr. Boyle created and directed as though he was working the silver screen; there was nothing Olympian about it. But perhaps it played better live in person? It’s good being British and Canadian and having dual citizenship as you can pick and choose who (whom?) to egg on. As Britain is doing brilliantly – Canada, well, less so – I shall don my best British accent and cheer ’em on.

Time for a cupper.