Posted on September 1, 2013 by appsscraps

1) the view from the top of Shannon Falls

Outside Magazine recently rated the 10 most dangerous hikes in the world … you can see that full article here. On that list was the Grouse Grind, here in Vancouver, which is a rite of passage for every Vancouverite. The grind is a slog for sure and we’ve been up a couple times now (see here). The list also notes the Kalalau Trail along the Na Pali coast is Hawaii, which we’ve also done (see here).

But this post is about a lesser known though no less challenging and dangerous hike called Shannon Falls. If you drive an hour north from Vancouver you’ll reach Squamish, which is a town of 15,000 folks known as the ‘Outdoor Recreation Capital of Canada’.  Squamish is home to the Skwxwu7mesh aboriginal community and there are several reserves around the town (which are independently government by the Skwxwu7mesh nation). It is popularly known for the Stawamus Chief, a mecca for rock climbers as it is the second largest granite monolith in the world, towering some 700m above Howe Sound. Right next to Stawamus is Shannon Falls, a towering waterfall some 335m high and, in fact, the 3rd highest waterfall in all of British Columbia. At its base is a small park frequented by busloads of tourists who can disembark and wander the well-maintained walking trail at the base of the falls. But if you venture further afield, you can hike (read: scramble and climb) upwards to one of three scenic vistas far from the maddening crowds.

Aboriginal lore has it that the waterfall was made when a  two-headed sea serpent called, Say-noth-ka (who lived/lives?) in Howe Sound slithered up the mountain to create the falls.

Regardless it’s a nice hike so long as you get there before the crowds when the gate opens (7am in the summer) with far fewer climbing hordes than the Grind.

4) looking waaay up to the top of the falls

5) down at the base the walk is easy-peasey 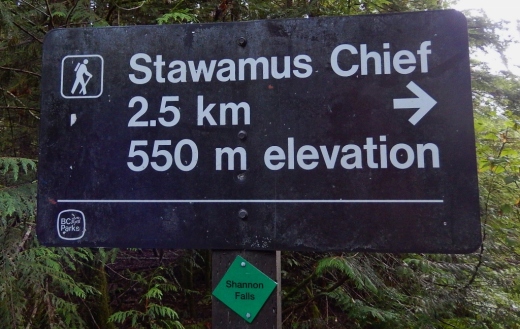 6) but then as you start to climb, things change …

8) as the rangers note for you in their sign

13) leaving Olsen Creek behind us

15) stumbling across a mutant Maple Leaf 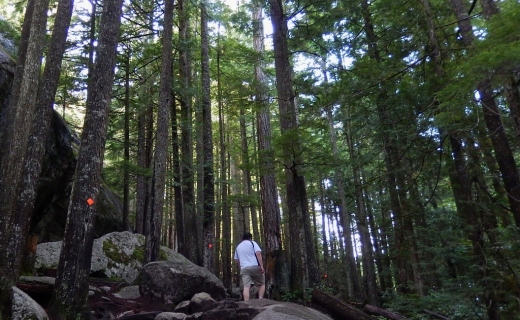 17) onward on the Stawamus trail 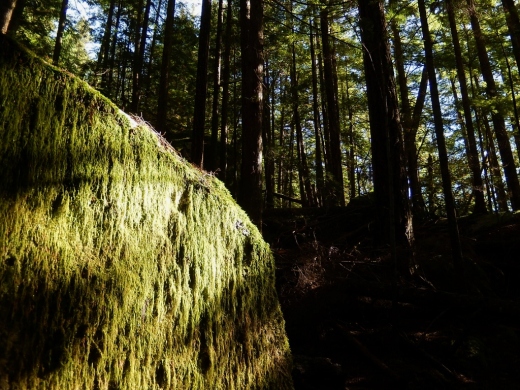 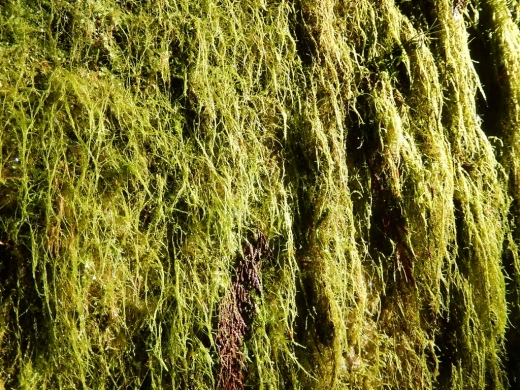 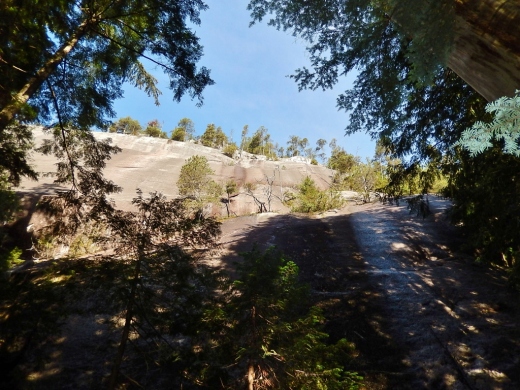 26) they actually land helicopters up here for rescue!

27) it lands here,on that wee concrete pad way up on the mountain

29) great green scenery heading back down 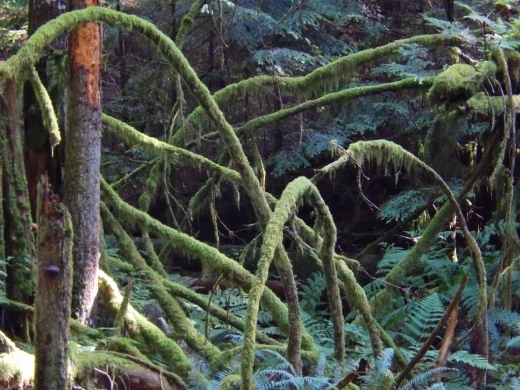