So, we’re just now in from day one of the Toronto Hot Docs Film Festival, which is actually the largest film festival of its kind in all of North America. Way to go Toronto!

Before I get to that, however, I started my day at Theatrebooks in Toronto with 50 other silly folks who waited in line to grab free double passes to see a premier of Wu Ji (North American title: The Promise). I’ve prattled on about this fine flick from China previously (see here). While I have seen this movie already, this will be my first time seeing it on the big screen. Gosh, it will be oh-so-wonderful to see the oh-so-hunky Nicholas Tse again!  I must plan to sit real close to the screen. he he he.

When I returned home, I then had the urge to make siu mai. This was my first time ever making these yummy chinese dim sum delights. I was on a bit of a time crunch so I cheated and bought dumpling wrappers rather than make them from scratch. I went to epicurious to find a recipe and do you know, nothing came up. Epicurious is great, but boy is it ever WASPy territory.

Interestingly, many of the recipes you get when you google siu mai are variations of Frugal Gourmet chef, Jeff Smith. I opted to print off two and sort of merge them. Essentially, the process is mince green onion, shrimp and ginger. Stir that up and then toss in minced pork, cornstarch, oyster sauce, dry sherry and an egg white. 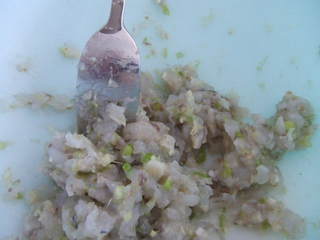 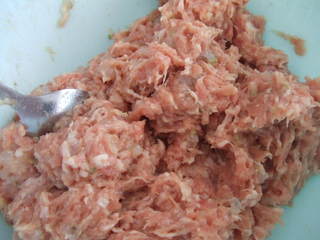 Stuff this into the wrappers, which I acknowledge is a real skill. I have to practice this for sure as I’m not very proficient at it.  Once done, steam the little guys for about 5 minutes and you’re off to the dim sum races. 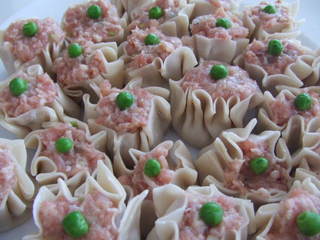 These were good but I would put in some mushrooms next time to add a bit more flavour. I also think I minced both the pork and shrimp too fine. The stuffing was too dense.

Saturday’s fast food place: Hero Burgers (at Hazelton Lanes, Yorkville)
Before heading to the movies, we toured Bloor Street (G had a letter from Holts offering 25% off everything burning a hole in his pocket), while I picked up a few things at Zara’s. We decided on a quick meal and opted to give Hero Burgers in Hazelton Lanes a try.

Hazelton Lanes Hero
I thought my burger was pretty darn good actually. Much better than Lick’s imho with a far-more charbroiled flavour than anything Licks can do. And the fries have Lick’s beat hands-down. Granted, Hero’s is not cheap for what is essentially fast food. Best of all, you don’t get that gugh feeling you often get after eating Lick’s.

This was my favourite doc last night. Tells the story of a handful of very eccentric folks who have connections to Mozart in one way or other. There’s a woman from Oklahoma who truly believes she’s Mozart reincarnated; a sad old gentleman in Switzerland who treks to Mozart’s grave to tidy it up and claims Mozart saved his life; there’s the first Austrian astronaut who went to the Mir Space Station and brought Mozartballs (the candy) with him; and the odd Mr. Cope who creates computer programs which create music based on algorithms … in this case Mozart’s lost Concerto for Cello.

These folks are a truly strange bunch but demonstrate the ‘power’ Mozart and his music have in our lives. Well worth seeing if it passes through your town.

This short tells the story of the director’s sister, Kylie, as she competes for Miss World Canada. It unveils the icky, sick world of teen beauty pageants and the conflicted feelings Kylie has while participating.