G poured out his bowl of Post Honey Bunches of Oats (with real strawberries) this morning and looked what popped out … one hell of a dried strawberry eh! 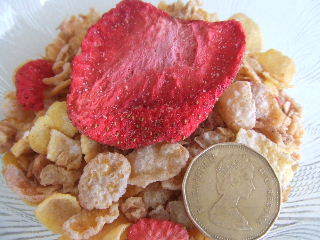 Thursday’s store opening: the mega Shoppers Drug Mart on Mt Pleasant
Alright, it actually opened last Thursday but I’ve been busy and only got to taking a picture today. This is a huge store and has an entire food section as well (eggs, can goods, milk, ready meals, etc). Shoppers is clearly targeting the corner convenience stores as well. It will be interesting to see what becomes of the old Shoppers directly across the street from this new one. 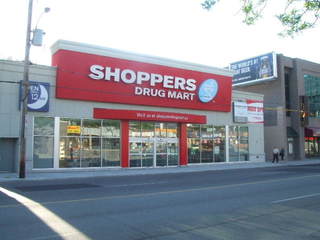 Thursday’s movie: Taboo (aka Gohatto)Released way back in 2000 and directed by Nagisa Oshima, widely regarded as Japan’s ‘greatest living director’, Taboo recounts the story of the exotic, Kano, who enters a samurai militia only to become the object of desire for half the men within the troop. Kano quickly becomes the lover of another young recruit, Toshiri, but sets off a whole host of kendo-fighting as various members of the militia vie for his attention and affections. All the while, the militia’s Commander and Captain try to harness the jealousies at play and maintain order. Like most movies of this oeuvre, it all ends badly. 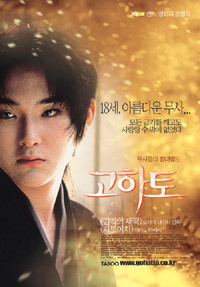 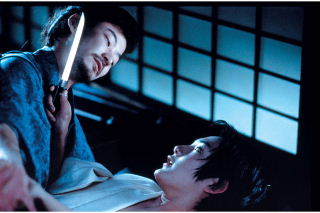 I enjoyed this movie – and certainly appreciated the precise and stunning way it was directed and filmed. It certainly shows the tensions and repression existent within a highly militaristic environment. On the whole though, it leaves you thinking like you’ve missed something, but perhaps that was Oshima’s purpose??

Music is by (be-still-my-heart) the wonderful Ryuichi Sakamoto. You probably know Oshima most famously here in the west for his brilliant film, Mr. Christmas Mr. Lawrence, starring David Bowie and [sigh] Ryuichi Sakamoto as Captain Yonoi.