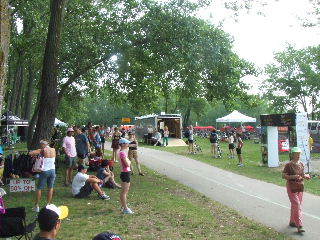 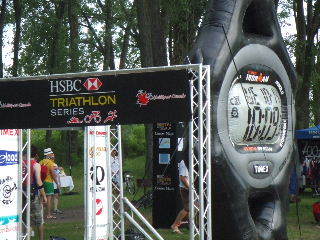 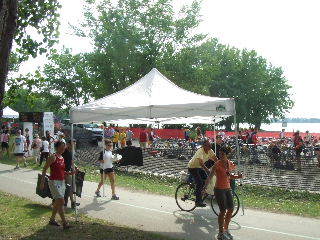 Now, I hope you didn’t actually think with a title like “Toronto Triathlon” that meant I actually did a triathlon?! …

G and I did, however, wander down to Cherry Beach very early this morning to cheer on Team M&M and Ironwoman Judy in their HSBC Toronto Triathlon. We actually were over at Ironwoman Judy’s fine abode on Friday night for oh-my-gawd yummy bbq-ed salmon (courtesy hubby Mark) and Tour de France stage watching on the big, big, BIG screen tv. Loved it.

As an aside here, has anyone seen “Mantracker” yet on OLN???? WTF is with this lame Canadian television show? Trashy tv at it’s finest I must say.

Okay, but back to triathloning. I must admit, watching triathlons is soooooooo much more fun than doing triathlons. Good mental note to file away for future reference. The water temperature in Lake Ontario today was 20°C while the air temperature was 35°C but a whopping +40°C with the humidex! Don’t you just love summers in Toronto?! 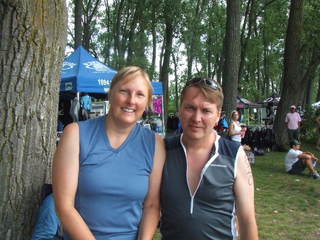 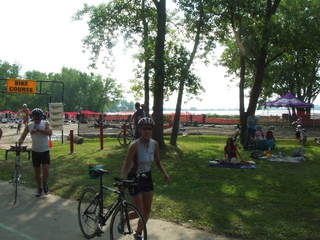 For those of you living in Toronto, don’t you think it’s bizarre the Toronto Port Authority continues to litter the road down to the Docks with these signs? I mean, isn’t this little misadventure kaput? 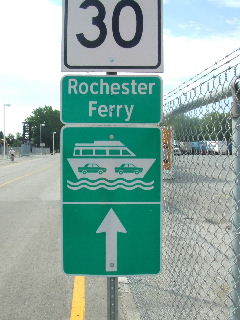 The ferry has left the building

Regent Park Revival
More interesting, I think, are these images of an infamous Toronto neighbourhood, looking a little Dresden-circa-1940s-like granted, being demolished as part of the Regent Park Revitalization Plan.

For those of you not familiar with Toronto, Regent Park was supposed to be an ideal “garden city” when construction started back in 1948. Sadly, what emerged was Canada’s largest (and oldest) publicly-funded housing community project | slum | ghetto | tenement (take your pick). The hope is 12 years down the road and some $450 million dollars later, that Regent Park will be revitalized. I, for one, hope it can. The 69 acres bordered by
Parliament, Shuter, Gerrard and River Streets in the east end of
Toronto deserves a new lease on life … as do the residents calling the area ‘home’. 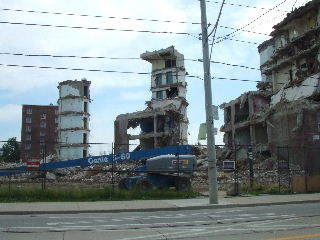 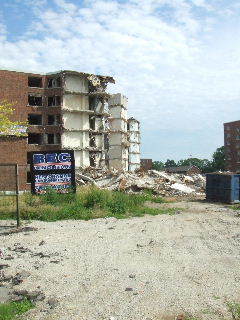 Sunday’s fun: Antiquing at St. Lawrence North MarketAfter the triathlon, G and I visited here to antique. I found – but didn’t buy – a 1950s ice crusher. Yes, I like ice crushers (and truth be told, fans as well). We all need our little collecting obsessions. G found an absolutely dropdead gorgeous circa 1920s mounted cigarette stand. Loved it! However, $200 is a little steep we thought, even if it’s the ‘last of its kind’. 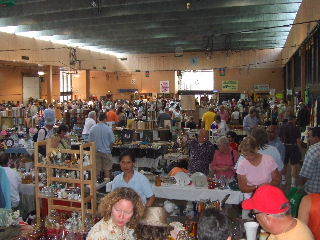 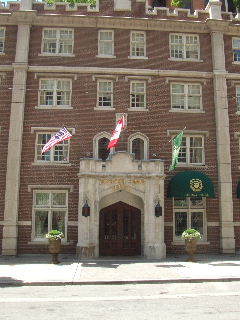 I had swore off the Courtyard Cafe after our disastrous outing there in January. However, both French Onion Soup and a Croque Madame et Frites were on the menu … so, I swallowed my pride and gave in. Now, you’d all agree the Cafe, while still one of the grandest places to eat in Toronto, has suffered since it lost Chef David Adjay to Food TV stardom. However, I have to say, the frites and Croque Madame made the venture worth every penny. The frites were primo, almost on par with the best frites in Ontario (visit: Chez Piggy in Kingston). Lightly fried, light of taste, crispy and oh-so-salty. And the Croque (swoon) (sigh) oh la la … the gruyere melting; the egg poached to perfection; the bread divine; the bechamel sauce a work of art.

After a respite from the unbearable heat seeing Pirates of the Caribbean it was on to EDO on Eglinton Ave West. I must say, in all honesty, my meal at EDO was THE BEST meal I’ve ever had with any Summer or Winterlicious. Hands down, THE BEST. We enjoyed it so much, we shall return this week and give it another go just in case we were dreaming or too exhausted from the trials and tribulations of Johnny Depp and Orlando Bloom’s endless chatter and sword play searching for the Dead Man’s Chest. 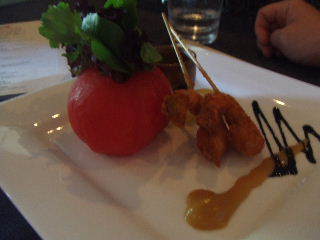 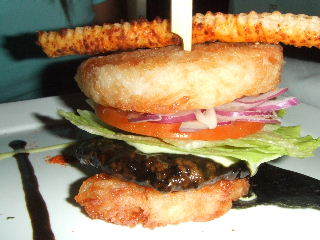 Run, don’t walk to try this $25 piece of heaven while it lasts.