G and I met up with Lady Sarah yesterday afternoon at our usual haunt for drinks, gossip and dinner. Lady Sarah is just back from a trip out east with her beau and we got to see pictures of oh-so-beautiful New Brunswick (yes! there are beautiful parts of New Brunswick), Nova Scotia (pictures of Digby and Lunenburg … in sunshine! G and I had no sunshine in either locale when we were down there last May) and Prince Edward Island (which, when I become Prime Minister, shall no longer be a province  … imagine spending the dollars we do supporting a federal and provincial infrastructure on a wee island full of potato farmers and golf courses?).

During our gossip session, I managed to knock off another 2 of my draughts: Strongbow and Guinness. 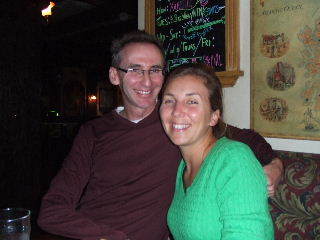 Later, we onwards to the Royal Alexandra Theatre to see Linda Reeves and Joan Collins in “Legends“. I only stayed to the intermission but G, Blee and Laura saw the whole show. The second half was better than the first, G informed me. I must say both cannot possibly have much more plastic surgery done or may risk having their faces cave-in. That said, Joan’s legs are still gorgeous at 73 years young, and Linda is still as regal as ever. Bully on them both. 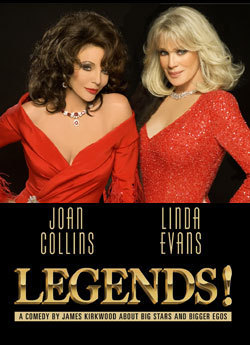 Wednesday’s home improvement: Live flower wall thingees
We took down the pictures in the hall and put up a trio of live flower mini-vases instead. Looks smashing. 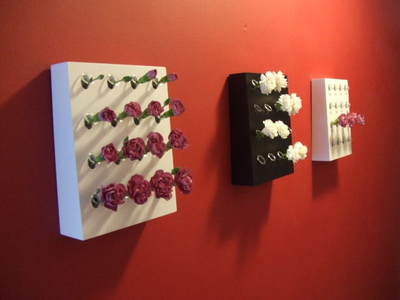