To celebrate the midway point of the birthday week, I bummed off working today. G gave me my bday prezzie this morning, which was lovely! Thanks G!  I lounged with coffee, watched Kore-eda’s brilliant film “Nobody Knows” (review below, with a review of Factory Girl which I watched a while back). Then it was off to: …

Il Fornello
Met up with three of my former staffers at Il Fornello at Yonge/St Clair. They treated me to lunch which was a wonderful penne capri. 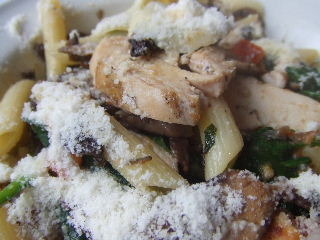 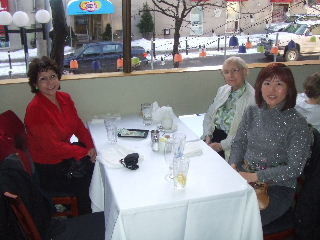 1) the penne capri; 2) my former assistants: Mary, Vere and Ada

This film directed by Mexican, Guillermo del Toro, has been receiving rapturous reviews around the world – and has garnered an Oscar nomination for Best Foreign Film – so I was expecting a lot. And while I was not disappointed – this is a very good film – I wasn’t blown away like seemingly everyone else has been. The story takes place during the closing days of the Spanish Civil War (circa. 1944-ish) and centers on a young girl, Ofelia, with a love for fairy tales of the darker variety. The underlying themes here are of quest, the battle of good versus evil (mimicking the resistance fighters vs. Franco’s troops), and ultimately the choices we make in life. You see Ofelia is apparently the reincarnation of an ancient princess who ruled with her father in time immemorial and is set tasks by a brilliantly realized faun, Pan, whose goal it is to kill an innocent to set things to right again. All this plays out in the very creepy fairy tale world and the even creepier and exceptionally violent real world. This is a very good thriller with lots of subminimal massaging. It is definitely not for kids. My rating 8 out of 10. 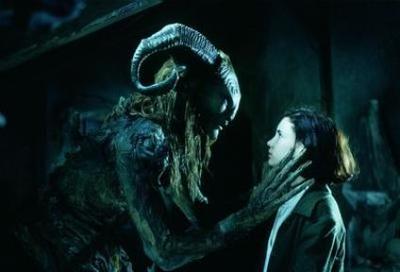 Windsor Arms Spa
From the movie, it was over to the Windsor Arms Hotel for a omg-fabulous 1.5 hour hot stone massage at the spa there. It was (sigh) freaking fabulous. I was like putty when I finally exited the spa and met up with G for dinner at the Courtyard Cafe. 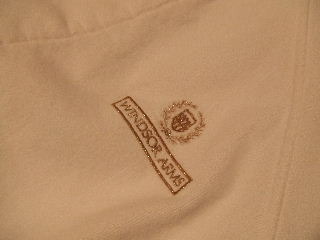 Courtyard Cafe Dinner
Another Winterlicious dinner. The Courtyard remains one of my favourite restaurants in the City. It is romantic, romantic, romantic … especially if you can get your butt into one of the side alcoves, which we did this evening. Now, granted, over the 6 years I’ve been frequenting the Courtyard the food has varied from brilliant – back when David Adjay was resident chef (we even got a tour of the kitchens during his reign there) – to absolutely horrid (witness two years ago in January when G and I went for lunch and were horrified with how far the standards had slipped). 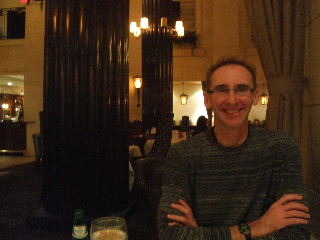 me in the Courtyard

I’m quite happy to say that new Chef Michael (who just started early in January) is doing very, very good things again. About time! G and I shared: 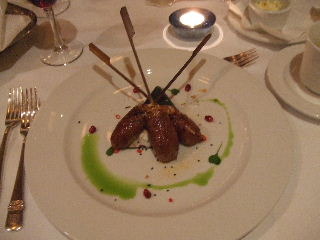 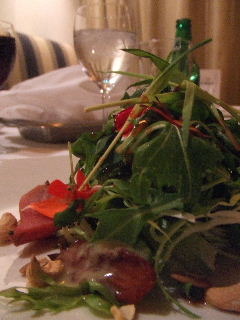 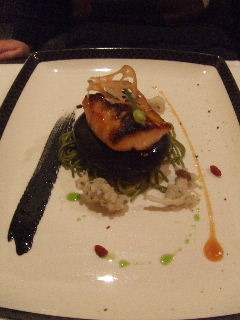 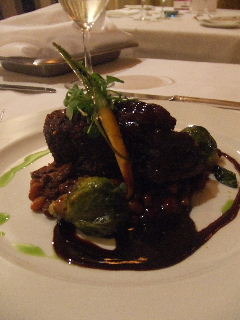 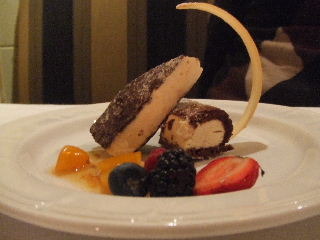 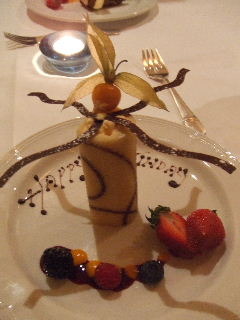 Nobody Knows
This 2005 work by the brilliant, brilliant Japanese director, Hirokazu Kore-eda, tells the story of 12-year-old Akira (played by  Yuga Yagira) and his 3 siblings. After being abandoned by their mother, Akira takes on the role of caregiver to his younger siblings and tries as best he can to keep the family together as the money runs out, the hydro is disconnected and the stresses of confinement in a tiny Tokyo apartment start to take their toll. I loved this film. I loved Kore-eda’s remarkable direction with the story told in quiet, unorthodox frames: Akira’s mid-drift as he tries to play baseball with a stick and ball; the close up of the kids hands working the crayons; the refocusing on feet and tiptoes; the reoccurring shot of the stairs the kids climb. The sadness you feel for the family situation is real and when little Yuki dies, oh the tears. Yagira is brilliant; what a find! He won Best Actor at Cannes in 2005. My rating 9 out of 10. 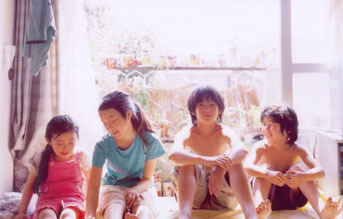 Factory Girl
This  2006 film tells the story of Edie Sedgewick, the uber-rich socialite that hung out at Andy Warhol’s “Factory” from 1965-1968 and (arguably) put Warhol on the map (through the films they did together). Sadly, Edie’s association with Warhol and the Factory spiraled into rampant drug addiction, poverty and ultimately lead to her drug overdose death at the age of twenty-eight. Directed by George Hickenlooper (unfortunate last name for sure), it stars Sienna Miller (as Edie), Guy Pierce doing a fantastic, cold, robot-like Warhol (not unlike the real man), and Hayden Christensen as the young, arrogant Bob Dylan.

While the movie isn’t very good when taken as a whole (the fault, I think, of a poorly constructed script and the fact no one here is actually likeable), I must say I was impressed with Sienna’s acting. Watching her, I thought of Philip Seymour Hoffman in the film Capote last year – a better film granted – but similar in the intense character study of a unique individual in our cultural history. Kudos to Sienna’s work here then and raspberries to the rest. My rating 5 out of 10. 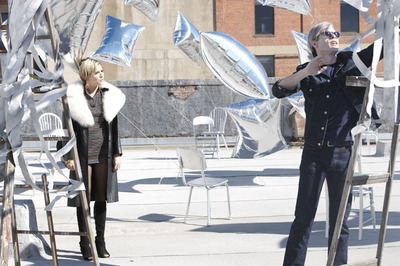