Sunday I visited the HotDocs
box office (rather skillfully hidden in the facade of Honest Ed’s on
Bloor this year not down at Sonic Records) to pick up my festival pass
for this year’s show. If you are unaware, HotDocs is THE film fest for
documentaries in Canada (this year running April 19-29). This year I’ve
chosen the following films:

As of Sunday, only two shows were already on ‘rush’ but that won’t last
long so if you want tickets get moving! If you’re seeing any of the
films I’ve listed, drop me a message and we’ll see you there!

Mandarin Redeux
Meanwhile,
last Monday night was my last class for Mandarin Beginner and I got my
certificate, which, while really cool, does not (in any way) prove any
degree of mandarin proficiency. Monday, I began Mandarin
Intermediate with poems, no less. Below is the poem I must memorize for
next week (with my scrawls on it). 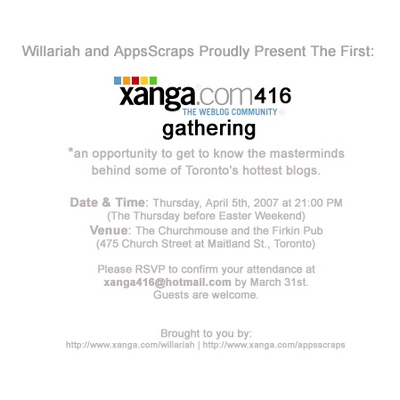