Catching up on some reviews

He Liu (The River)
This film has been hailed (Chicago, Edinburgh, Berlin Film Festivals to name but three) and banned (in the backward military-state known as Singapore). It is directed by Ming-liang Tsai and requires exceptional patience and a very open mind to watch. Like many of Tsai’s films, He Liu has water, emotionally detached families, no soundtrack and long, challenging shots of seemingly mundane daily activities. It stars, of course, Kang-sheng Lee (Tsai’s alter ego) as a young lad who develops a painful neck condition which hobbles him after a dip in the Tamsui River. His mother (who is carrying on an affair with a pornographer) and father (who is carrying on affairs in gay bathhouses and fighting a relentless battle with a leaking roof) try every manner of remedy for the son. Like Tsai’s latest film, I Don’t Want to Sleep Alone, He Liu is – at its core – a story of isolation, loneliness and sexual repression. It is certainly not for everyone, and while it can be seen (and criticized) as sick, esoteric and challenging (all of which it is); if you are patient and let yourself go, you’ll likely reveal truths about your own existence which you won’t admit but know dwell within.  My rating 8 out of 10. 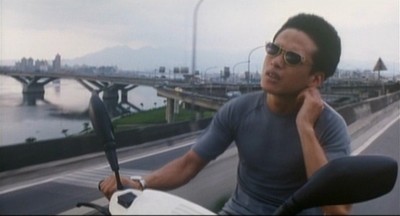 Snakes on a Plane
Well, does it get any stranger than this? Me thinks not. Only the sorry state that is Hollywood today could conjure up ridiculous plots like this and make a movie out of it. Directed by David R. Ellis (who’s more known for his stunts than his directing), it stars Samuel L. Jackson and, well, a whole lot of other B-stars who are killed off by – wait for it – snakes on a plane. So why are there 1000s of snakes on this plane? Asian druglord Chen Leong (played by Canadian Terry Chan) is trying to knockoff a key witness (Sean Jones played by Nathan Phillips) to a murder he pulled off in Hawaii. Our star, Jackson, playing FBI agent extraordinarie Neville Flynn, is there to protect him. Course, the real story here is the snakes and once they slither and slide out all hell breaks loose, complete with biting, lots of blood and horrible, laughable acting. Snakes on a Plane is no classic but it will go down as a cult classic, bad as it is. My rating 5 out of 10. 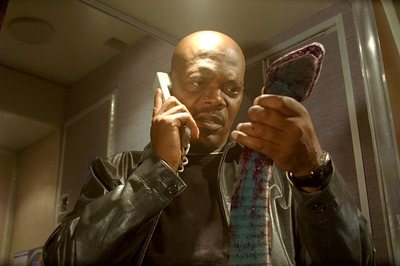 Elephant’s Dream
What is so interesting about this very well made first film by the Orange Open Movie Project is 1) it is a free download online movie and 2) it is the first movie made completely with open source graphic software. From the production side, knowing these folks had no money and no backing, the film is a stunning achievement. The visuals are brilliant as
our two characters, Emo and Proog, wander the internal workings of some strange, presumably future, world. While Elephant’s Dream is a technical achievement, I was a little lost by the obtuse story, which has something to do with our existence and what we perceive to be real and not real. Proog, who leads their wandering is suddenly challenged by his younger charge and that encounter ends badly … for poor Emo. This film likely heralds the future of film in the internet world and for that alone, and the fantastic world the Dutch team have invented, is worth a peek. My rating 6 out of 10. 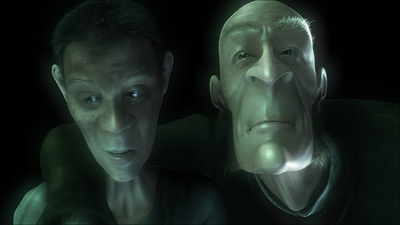 1 Response to Catching up on some reviews