… now before you jump to conclusions … no, not that kind of Greek night!

Saturday night was inspired by a bottle of retsina wine I bought eons ago. As a quick history lesson, the Greeks resorted to spiking wine with pine resin 2700 years ago in an effort to avoid it spoiling while being transported by ship throughout the empire. Somehow – despite the taste (which is somewhat turpentine) – the practice persists to this day. 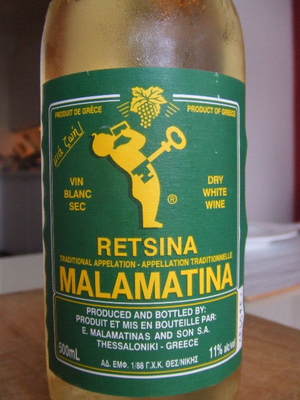 1) the wine that inspired the meal

In 1983, I spent a fair amount of time in Greece, living for a spell in Hania on the island of Crete. During this time, with the help of two Canadian kindergarten teachers, and my hosts, Mike and Efie (from Zorro’s Steak & Seafood Restaurant in Brampton), I did consume a rather high percentage of retsinated wine … so much so I’d actually consider myself a connoisseur (if such a word can be used for the appreciation of pine-tar wine!).

What I have discovered is this simple truth: retsina works best sitting on the pier at Hania, watching the sun sink into the Aegean Sea. Failing that, it works second best on the beach, looking out into the Libyan Sea, at Agia Roumeli, the mere speck of a village situated at the end of the Samaria Gorge, which, if you ever get to Crete, do try to hike: it’s gorgeous!

All that lead-up to say, Saturday was Greek Night at home. I purposely opted not do moussaka or souvlakia … which, here in North America has a rather ubiquitous association with Greek cuisine and hinders, in my opinion, the wealth of fabulous Greek food actually available. So, instead, I made saganaki (the traditional, cheesy appetizer), followed by a simple mircogreen salad served with a greek oregano dressing, and orzo with shrimp, feta cheese and white wine.

For saganaki (which is the greek name of the dish it is traditionally served in not the type of cheese) you’ll need some Kasseri or Kofalotiri cheese (any ‘head’ cheese will do), lemon juice, butter and 2tbsp of brandy. 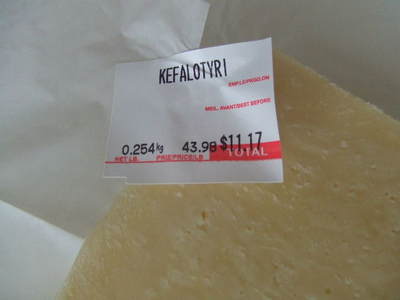 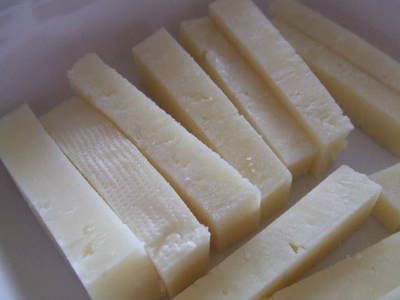 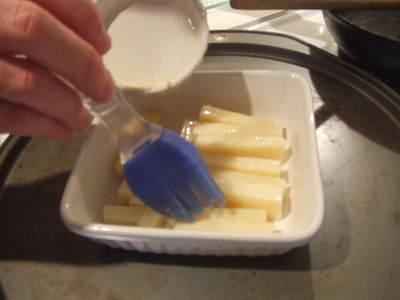 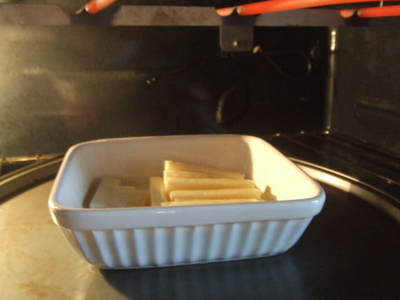 4) brush with butter; and 5) broil until melted and bubbling 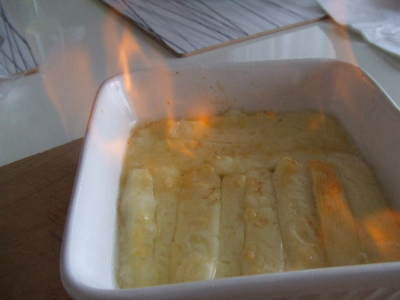 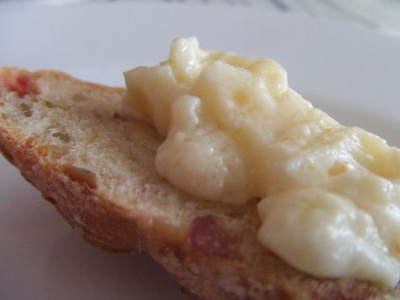 6) pour over the brandy and flame it (be careful, this is dangerous!); 7) serve on bread (we used walnut cranberry) 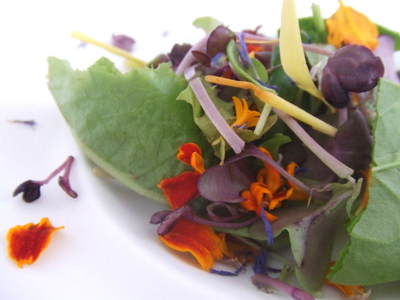 8) one microgreen salad … so damn pretty

The shrimps and orzo are a tad more work but definitely worth the trouble. You’ll need to collect up the stuff below: 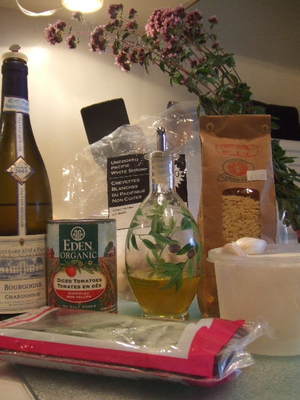 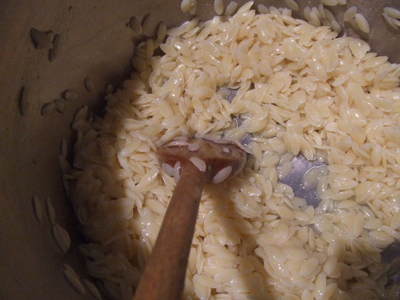 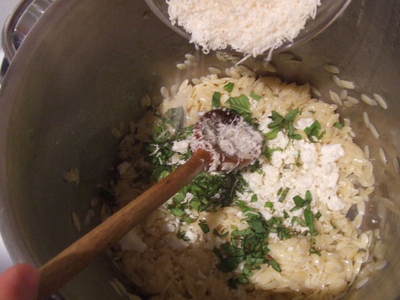 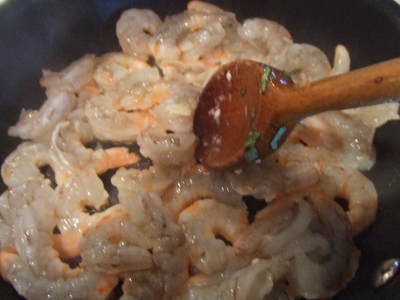 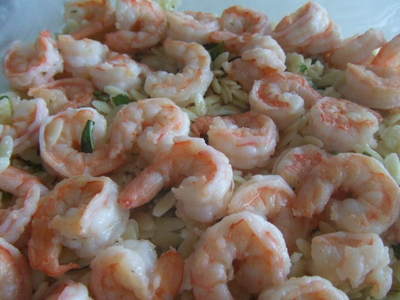 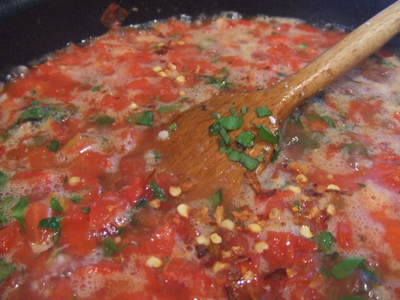 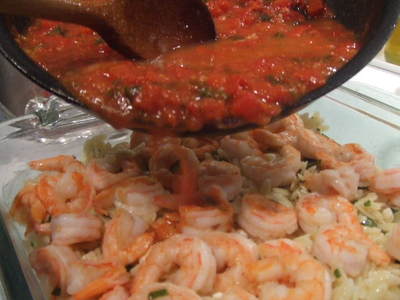 14) combine tomatoes, wine, crushed red pepper flakes, more oregano and basil and reduce by half; 15) pour over shrimp and orzo and bake 10 minutes at 400° 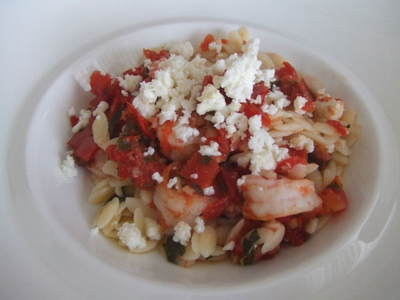