So, the reality is I did more movie-watchin’ than fishin’ on my vacation…

An Unreasonable Man
This documentary film on the life and work of consumer advocate and presidental wannabe Ralph Nader, is long and full of many talking heads. And while, sure, we should all be appreciative of what Ralph has done for us – seatbelts and food labeling to name but two, and angered by what he’s done to America – the defeat of Al Gore and a second term with pea-brain Bush are his doing – the film never tells us much about the man other than his politics. I watched, somewhat bored, thinking is Mr. Nader a male version of a Stepford Wife? The man has the passion of a giant, the personality of a flea, and a personal life void of any emotional attachment. My rating 6 out of 10.

Bee Movie
What a delightful, adult-oriented, animated movie. Bee Movie stars the voices of Jerry Seinfeld (as Barry B. Benson) and Renee Zellweger (as Vanessa Bloom, the adult who stumbles across Barry) and has cameos by oodles of others – Sting, Larry King, Ray Liotta and Chris Rock (to name a few). Barry, recently graduated from Bee School and faced with entering the colony for a life of drudgery, opts instead to join the Pollinator bees on a venture outside the hive. Predictably, Barry gets lost and ends up meeting, and – breaking Golden Bee Rule Number 1 – speaking to a human, Vanessa. When he realises humans are more or less ‘stealing’ honey, Barry opts to file a class action lawsuit. With gorgeous animation, lots of laughs and a subtlety that speaks to human consumption, greed, and environmental issues, Bee Movie delivers the goods. My rating 8 out of 10. 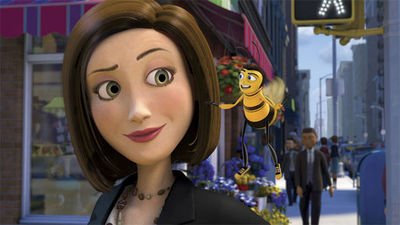 The Dark Knight
Plenty has been said on this movie already and it is an instant classic – dark, thoroughly disturbing and action-filled. In this return to the original genre of the comic book, Batman (Christian Bale) battles the amoral Joker (played with chilling brilliance by the late Heath Ledger) in what is really a psychological drama of good vs. evil. Batman and Joker are the antithesis of each other and the movie, directed by Christopher Nolan, works to leverage the depths realised by these two characters pitted against each other. In the end, this is – and always will be – Ledger’s film, a perfect portrayal of a psychopath. The Dark Knight, be warned, is no film for children – or the faint of heart, but within its two and a half hours, shows us a glimpse of the best and worse we can be as men. Run, don’t walk, to see this film. My rating 9 out of 10. 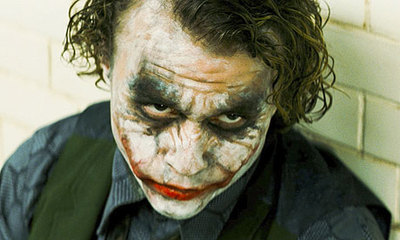 Forever Mine
Starring Liotta as a very crooked Congressman, Gretchen Mol (as his wife, Ella Brice) and Joesph Fiennes (as the cabana boy who stirs up trouble between them), it morphs between thriller and romance and has a real made-for-tv feel to it. When Fiennes and Mol’s characters have an affair and the Congressman discovers it – well, wife Ella actually confesses – the Congressman tries to bump off the offender. Maimed and disfigured in the attack, cabana boy Fiennes returns years later as a wealthy criminal fixer who hopes to keep the promise he made to Ella and dish out his own form of revenge. Some stock twists and turns result before it all ends badly for everyone involved. While no one in this film is particularly great at acting – Fiennes seems especially uncomfortable – there is enough Sunday night at the movie drama (and a great house to see) to make it worth a rent. My rating 6 out of 10.

No Reservations
You see the plot of this movie coming from the moment the film starts. You know top New York chef Kate (Catherine Zeta-Jones) is going to end up guardian of her sister’s daughter. You know she will end up having to deal with parental responsibilities when all she wants to do is cook, and you know when her pregnant sous chef leaves and is replaced by free-spirited chef Nick (Aaron Eckhart) that there will be some real heat in the kitchen. And you know, despite that, I still enjoyed the film thanks to the topic (I’m a foodie) and the good acting of Eckhart, Zeta-Jones and Abigail Breslin as Zoe, the child in question. My rating 7 out of 10.

Bewitched
Wow … bad … real bad despite the star power of her highness Nicole Kidman, Will Ferrel (to whom I apply the moniker ‘star’ in very, very loose terms), Shirley McLaine and even Michael Caine. Based on the television series, the story … oh … heavens … why even bother. It’s an awful film. No amount of witchcraft can save this embarrassing Hollywood film. My rating 2 out of 10. 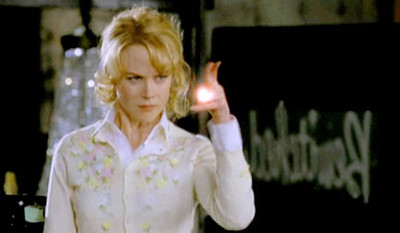 I Am Legend
Francis Lawrence directs this third remake of Richard Matheson’s novel of the same name, this time with ever-woody ‘actor’ Will Smith doing his usual – yawn – shtick. Previous, and better versions were, The Omega Man (1971) with Charlton Heston and The Last Man on Earth (1964) with Vincent Price. Lawrence’s version is oh-so-slow to start and doomed from the outset by Smith’s acting, which left me cold and rooting for the vampires, if only to shut him up. That said, the night creatures are brilliantly executed in this film and for that – and that alone – my rating 4 out of 10. 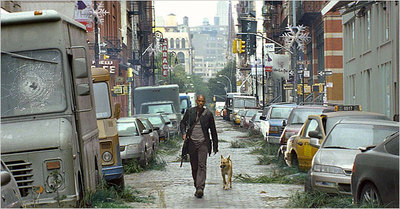 Across the Universe
Julie Taymor directed this very long music video trying to pull itself off as a motion picture. The innate problem with the film lies with Taymor and her reach. In trying to be a all things – sloppy romance between Jude (Jim Sturgess) and Lucy (Evan Rachel Wood); homage to Beatles music; commentary on the social environment and upheaval that was witness in America during the Vietnam War; and Julie’s attempt to one-up Baz Luhrmann and his Moulin Rouge masterpiece – the film crashes, and badly. What’s left is a film full of Beatles songs slowed down to the point of tedium, a love story as compelling as watching paint dry, and a journey that will leave you feeling like you’ve crossed the entire universe (beam me up please, Scotty).  Such a shame. My rating, for the music and some of the great visuals Taymor gives us, 5 out of 10.