The LookoutThe Lookout is a bank heist movie with a twist. The twist being the recruitment of a young brain injured lad, Chris (Joseph Gordon-Levitt), into the gang planning to rob a rural Kansas bank. A reckless car accident has left the former high school hockey star with a brain injury that challenges his ability to sequence the daily activities of life you and I take for granted. With the help of his notebook and a blind roommate Lewis (Jeff Daniels), Chris struggles with rehabilitation and depression while working nights cleaning the bank. When a gang slowly reels Chris into their web, he unknowingly becomes the key player – the lookout – in a bank heist that goes terribly wrong. Director Scott Frank keeps the focus squarely on Chris the entire film, and to good effect. We sympathise with his disability and understand the challenges people with brain injuries face each and every day. There are certainly better bank heist movies out there but the use of the heist as a means to an end is done effectively. For conveying the hope a person with a brain injury has in regaining what was lost, my rating 8 out of 10. 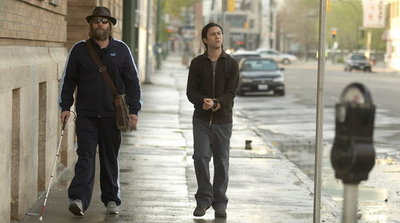 Dan in Real LifeAdvice columnist Dan Burns (Steve Carell), single with three daughters, is great at giving advice to everyone but is dirt poor at following it himself. This film centres on a weekend getaway the Burns family make to their cottage where Dan unexpectedly finds himself falling in love with a very beautiful Marie (Juliette Binoche). What makes the romance more interesting and comic is that moment when Dan realises Marie is the current girlfriend of his brother Mitch (Dane Cook) and that she too is staying at the cottage. What results is a wonderful cat and mouse game as Dan and Marie try to carry on their romance with the entire family sharing a cottage. There are some genuinely funny moments in this film; the shower scene in particular. It is Carrell’s movie and his transformation as a man, and father, through his relationship with Marie is a delight to watch. My rating 7 out of 10. 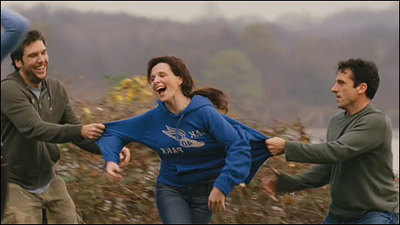 Great Expectations (1998)Based on the classic Charles Dickens book of the same name and starring a very young looking Ethan Hawke and Gwyneth Paltrow, this Alfonso Cuaron directed film – while pretty to look at – is not even a third as good as David Lean’s 1948 classic. Leave it to the Americans to take something classic and mess it all up. The story has been transplanted to New York City, hence the arrival of Robert De Niro, playing the part of Magwitch. While the film stays true to the original story at the outset, using a backwater Sarasota as Finn Bell’s (aka Pip’s) home and Ca d’Zan as Ms Dinsmoor’s (played by the always wonderful Anne Bancroft) Havisham-esque mansion, things go astray when young Bell heads to New York City to find Estella and make it famous as an artist. The innate problem with this film is the  edge needed to make the plot truly meaningful. Bell is not near enough kindhearted or poor to make his transformation mean something while Estella is not near cruel enough to make her key purpose, that of heartbreaker, plausible. What’s left is a shadow of the real version, perhaps better called Middling Expectations. My rating 5 out of 10. 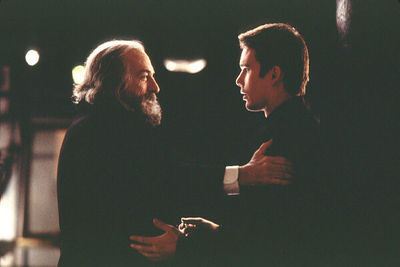 The Chestnut Tree
South Korean, Hyun-min Lee created this fine hand-drawn 4-minute animation based on recollections of her childhood and mother. Beautifully sweet in character – something much needed these days – it is an homage to both mothers and the lost Disney art of hand drawing individual animation cells. I loved the initial transition from young woman to little girl. Well done. My rating 10 out of 10. 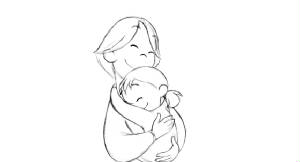 The Tired CityDirected by John Chan and Pam Hung, The Tired City illustrates the struggles of one young woman amid the craziness of a seemingly tireless job and city. Drawn in dreamlike watercolour sepias, and with innovative use of text squares, this wonderful animation takes us on a journey for peace that ends with chasing dreams in bubbles and the pessimistic view we cannot escape our realities. My rating 9 out of 10.

2 Responses to This week’s movies…