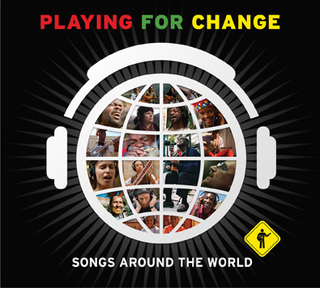 A pure advertising shout-out, sure, but if you’ve not yet checked out Mark Johnson’s project – Playing for Change – go do it . Classic songs done with a global view (granted all western-based, but that aside, simply gorgeous and rich and brilliant). Check two of great video compilations here:

With that done, on to a couple movies I’ve seen of late:

Directed
by the Zhang Ke Jia, Still Life contrasts the anything-but-still
reality of a city, Fenjiie, being systematically dismantled in
preparation for the Three Gorges Dam with the submerged lives of two
former citizens, whose quietude in the face of actions they should
have taken years previously launches new emotional ripples. The
juxtaposition of these two motifs within the movie is perfectly
portrayed and reveal a subtlety in Chinese culture we in the West
have difficulty understanding. One, a coalminer Han Sanming comes
looking for his ex-wife and daughter; the other, Shen Hong (Tao Zhao)
to hunt down a husband absent from home for two years. In their
interactions with the current citizens of the town they learn the
meaning of loss and connection and what’s necessary to keep, and
cast off, in order to continue. A beautiful film that rewards the
viewer with an understanding of the power of reflection, Still Life
gets my rating of 8 out of 10. 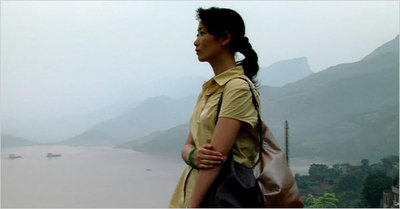 Sleuth
Director
Kenneth Branagh takes a decidedly Peter Greenaway approach to this
remake of the 1972 classic starring Michael Caine and Lawrence
Olivier. In this version, Michael Caine takes on Olivier’s role,
playing Andrew Wyke, the British author with attitude whose wife has
left him for a younger man, actor Milo Tindle (played by Jude Law).
When Andrew invites Milo to his sprawling estate an intricate battle
of cat and mouse ensues as the two men scheme to out think each other
and plan each other’s murder. Anthony Shaffer’s great play is
spun a little more tightly in Harold Pinter’s screenplay and the
film works well for its first and second acts. Caine and Law are
excellent and Branagh’s stark framing and perfect score play well
with the witty and cutting dialogue. While certainly not as good as
its original, Sleuth has enough atmosphere and intrigue to keep you
interested despite its rather flat ending. My rating 7 out of 10. 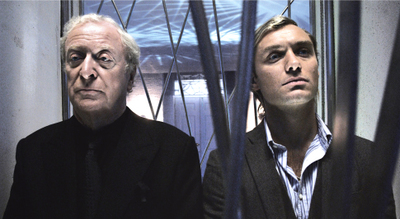 Reputedly
anti-Catholic, this Dan Brown populist mystery-in-the-box is sadly
anything but. Too long yes; preposterous yes; predictable yes.
Directed by the redheaded-(now
bald)-child-actor-who-thinks-he-can-direct, Ron Howard, the movie
follows the world’s greatest symbologist who apparently can only
translate select bits of Italian and Latin?, Robert Langdon (Tom
Hanks), as he follows clues left by the Illuminati in a tug of war
between the Church and science. Supported by an
is-he-good-or-is-he-bad Camerlengo (a decent Ewan Mcgregor), Langdon
spends the oh-so-long two-and-a-half hours Howard provides him
zipping around Rome arriving 2 minutes late each time to prevent the
death of another Cardinal. Sigh. Has the world’s greatest Catholic
symbologist never been to Rome before? Sigh. If you can suspend
reality wholly and enjoy lame preachy speeches, leaps of logic, and
the notion a group of old celibate men have the right to speak on our
behalf, let alone dictate how we should live our lives, then Amen,
you’ll think this movie is like the Second Coming itself. My rating
5 out of 10. 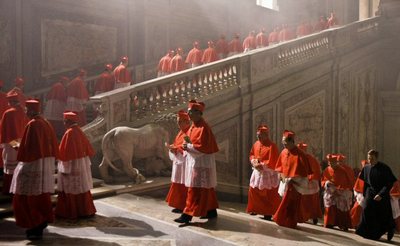 3 Responses to Playing for Change