Chilly … now, I know it’s Canada and the end of January but gawd, it’s been chilly these past few days with temperatures hovering around -25C with the windchill. What is nice about temperatures this cold, it’s simply too cold even for snow.

CH is also for Champagne … and Cheese … and Chicken … and Ice Chream (well, okay, not technically a CH but close). which are all fabulously good things to consume. Better still, is consuming these all in one go.

On Friday night, we headed to Lady Sarah and Phil’s for a champagne-inspired dinner. Months ago, Lady Sarah had the smashing idea to consume a vintage 1996 bottle of the world’s finest champagne – Louis Roederer‘s Cristal.

Cristal is, of course, steeped history that dates back to the time of Tsar Alexander II. Alexander, terrified of assassination (he was in fact assassinated in 1881) ordered that Louis Roederer create a bottle that was clear (presumably so he could see if a bomb was hidden within it). Louis obliged and a Flemish glass maker created the famous crystal glass that’s maintained its name to this day. Even more of a feat, the glass maker managed to create it with a flat bottom which is amazing considering the amount of pressure in a champagne bottle. Thus was born the first prestige cuvée. We opted to bring a magnum of Veuve Clicquot as the perfect housewarming gift. Dinner was outstanding with Phil preparing a too-die-for Julia Child-inspired chicken (laced with butter), a perfect risotto, and an opening blue cheese soup that was OMG! CSI Karlee (aka, ice cream queen supreme) brought a homemade black currant tea and chocolate fudge ice cream that was out of this world. Why she continues to work as a forensic scientist when she could be the world’s greatest ice cream maker is beyond me. After dinner, after a bottle of Cristal, after a magnum of Veuve, after another bottle of Veuve, after several beers and after a bourbon night cap, we all toddled downstairs to sing karaoke. You can imagine how that went!A damn fine evening with good friends that saw us home at 3AM. 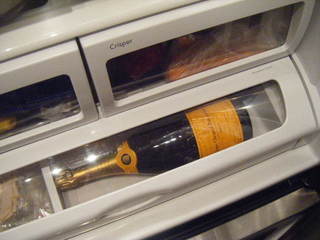 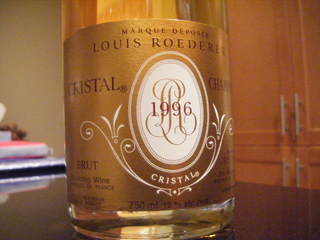 3) Lady Sarah’s (sigh) wonderful bottle of Cristal (its was stunning rich); 4) Kathy and Lady Sarah chat as Phil works on the risotto 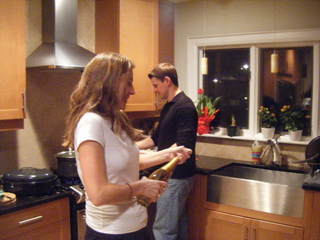 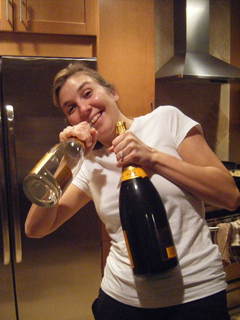 5) Lady Sarah does the honours on the Cristal; 5) with the Cristal emptied, it was onto the Veuve

6) Monty hangs out; 7) Lady Sarah and Phil have a gorgeous 1920 home with a fireplace hearth that is the envy of town 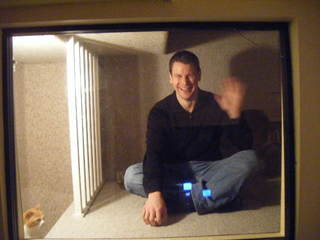 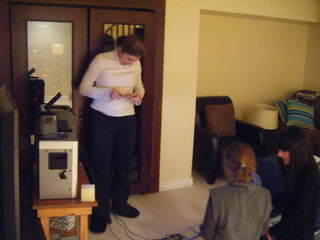 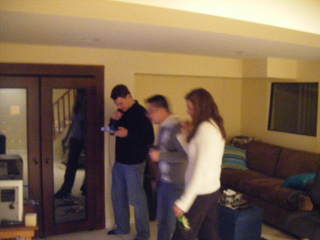 10) Phil, G and Lady Sarah (beer in hand) wait for their cue