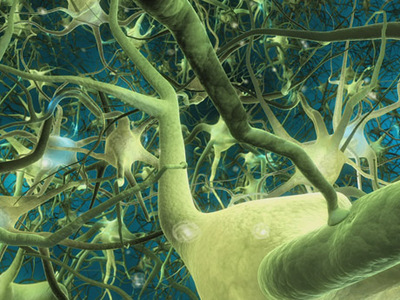 Imagine the implications of being able to alter the
moral judgement of someone? It poses both scary and fascinating prospects
doesn’t it? Could we somehow change our moral perception of terrorists? Or
adultery? Or, heaven forbid, create soldiers with even less moral gumption?

Seems the answer is yes.

I work in the neuro-rehabilitation field so shit like
this fascinates me; and apologies to those of you who don’t find it as exciting.

Back on March 29, researchers at the Massachusetts Institute
of Technology (MIT) released findings in Proceedings
of the National Academy of Sciences on experiments they have been
conducting (see here for synopsis) on moral judgment.

Essentially,
when it comes to making moral judgments, two areas of the brain are engaged.
These two areas judge ‘intent’ and ‘outcome’. In seconds, millions of neural
exchanges take place between intent and outcome to determine whether we
consider something morally repugnant.

By way of example, imagine a situation where someone
is driving to work on a Tuesday morning. Their cell phone rings and they
instinctively reach for their cell phone while driving. Tragically, a traffic
accident results and 3 people are killed. When we look at this example, the
outcome is horrific (three people died) yet the intent (reaching for a cell
phone) is innocuous. Most folks would judge this as tragic but not morally
repugnant.

Now take another example. Imagine a situation where a
terrorist is boarding a bus with a bomb strapped to their body. As the bus
fills, the terrorist detonates the bomb, but there is a glitch in the timing
mechanism and it fails to go off and no one is injured. When we look at this
example, the outcome is innocuous (no one is injured or harmed) yet the intent
(planning to maim and kill innocent civilians) is horrific. Everyone would
judge this as moral repugnant.

Our MIT researchers had volunteers take a test where
they had to read a group of scenarios and make moral judgments of character’s
actions on a scale of one (absolutely forbidden) to seven (absolutely
permissible).

Now, the neat/scary/fascinating part. As the
volunteers made these decisions, they were submitted to a non-invasive
procedure where transcranial magnetic stimulation (TMS) was applied. TMS is
essentially a wee magnet that disrupts the neuronal activity around the TPJ so
that is doesn’t fire as it normally should.

The result, sure enough, with the area of the brain
that provides feedback on ‘intent’ derailed, volunteers made decisions wholly on
‘outcome’. So, in our examples, the person in the traffic accident was morally
repugnant and the terrorist (where no one was injured) was seen as morally
‘okay’.