… though really more a self-congratulatory hug.

I’ve survived the week that saw me hosting 60-odd neuro-rehab professionals here in Toronto for a certain North American association’s 6th Annual Conference. I’ve been planning this event for a year and am so glad that it was such a success and more that its behind me. Professionals and neurologists from Europe, Canada and the United States descended on Toronto for 2-days of meetings that went off brilliantly.

I successfully wine-and-dined two particular European bigwigs – essentially the number 2 and 3 in the world in their field – in an effort to land the World Congress to Toronto in 2014. If I`m unsuccessful at that point, I`m content that I did all I could on my part. If it`s not to be, that`s just fine. I`ll know in December.

My thanks to the team at the CN Tower for wowing the delegates with a swank reception we held in the Horizon’s Lounge on Thursday that included VIP priority service for the delegates vis-a-vis a dedicated elevator (that did not go unnoticed), and to my friend (name removed) at Tourism Toronto for a simply spectacular dinner late Thursday night on one of Toronto`s finest terrace patios – The Fifth – for myself, our Vice-President, my boss, the association`s President (name removed) and internationally known psychiatrist, educator and philosopher Dr. (name removed). For the foodies, the meal was flawless and included local sourcing and a to-die-for selection of Ontario wines that included bottles of Henry of Pelham`s 1999 Reserve Cabernet-Merlot, Strewn`s 1997 Reisling Reserve and a simply ancient bottle of Inniskillin Ice Wine. 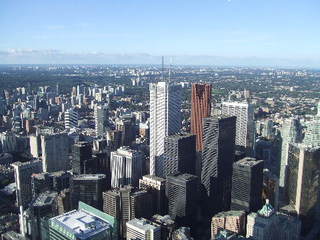 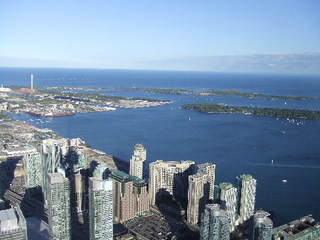 G and I last ate at the Fifth back in 2003 when Canadian uber-chef Marc Theut was handling the pass but under new chef Bernard Ibanez all is well. The addition of gifts and limosine to pick us up at the CN Tower to drive us to The Fifth and then back to the hotel was a classy touch. 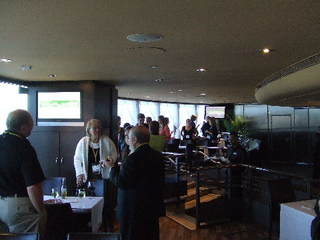 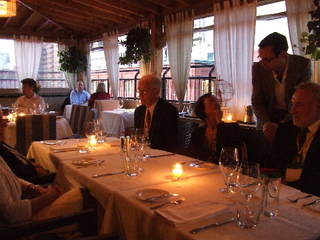 3) delegates enjoying their cocktails and appetizers; 4) my guests begin dinner at The Fifth

All in all, a damn fine event and I`m pretty stoked to be sitting with a glass of wine out here on the balcony celebrating the past few days.

Now, also a couple weeks back, I enjoyed my annual get-together with she-who-runs Toronto Island (name removed) as we enjoyed our usual afternoon together touring the island in her golf cart and lunching with drinks at The Rectory, which, if you live in Toronto and have never been – gawd, get thee to Ward`s Island.

5) leaving the ferry docks on a hot and hazy day; 6) looking back at the City as we near Ward`s Island 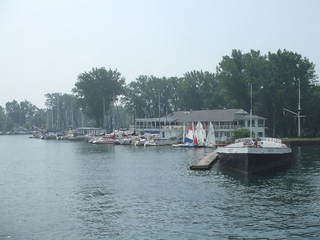 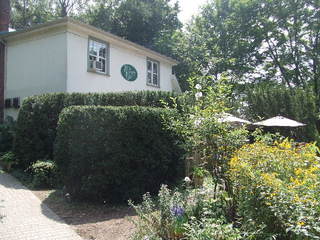 7) rounding the bend near the Royal Canadian Yacht Club; 8) The Rectory Cafe 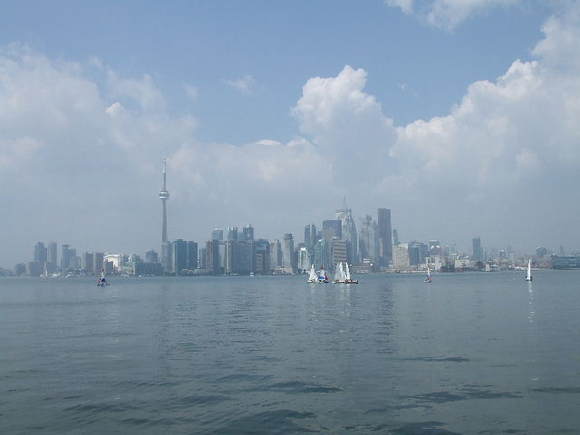 7 Responses to (A pat on the back)