Posted on November 1, 2010 by appsscraps 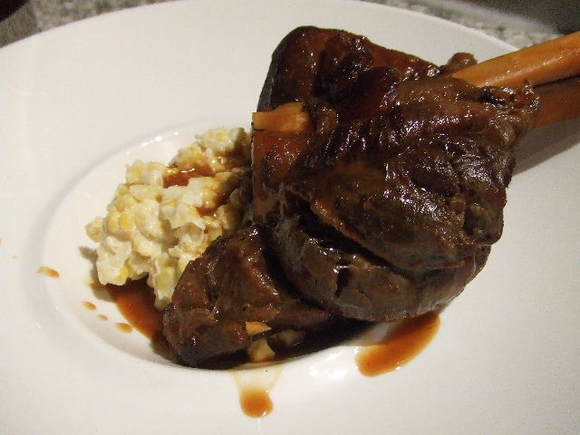 I purchased the wild boar at the The Healthy Butcher, which is an organic specialty shop in Toronto. Mario and his crew actually know where their meat comes from, how it was raised, what it ate, how it was butchered. They know the farmer who grew this wild boar. You can’t say that about Metro meats, I bet! I’m a little lost on the whole ‘go organic’ thing when it comes to vegetables and fruits; really it’s the meats/fish you should be most concerned about.

Originally I wanted pork shanks for this recipe but the two Mario brought out where the size of my head and cost about the same as a new Mercedes. Me thinks not. What else you got?, I ask. And thereupon arrived these lovely wild boar shanks, complete with skin … and stubble!

2) the boar arrives home; 3) complete with stubble … this pig needs a shave!

So I set to work skinning the shanks and tried to remove as much silver skin as possible. 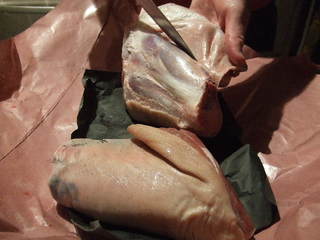 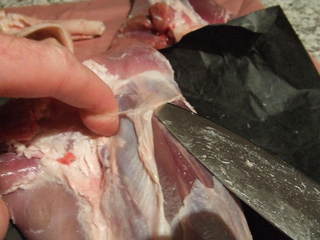 4 & 5) working the skin off is easy if you’ve a really sharp knife! 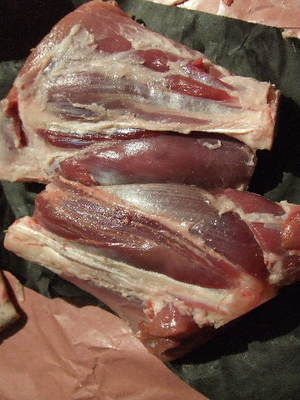 For this recipe you’ll need to gather a carrot; an onion; some peppercorns; fresh bay leaves; a cinnamon stick; sage leaves; a whole head of garlic; cloves; 3cups of unfiltered apple cider and 2 cups of white wine (though I wanted a honeyed feel to this and instead used Ontario Mead). 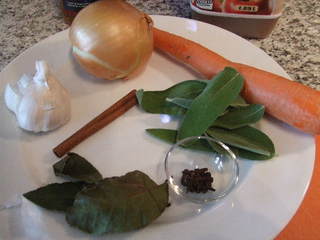 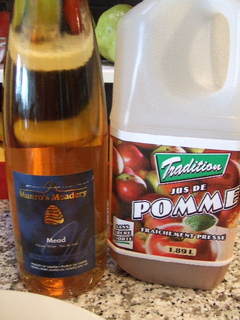 7 & 8) the ingredients for the braising

An aside: interestingly the term ‘honeymoon’ is derived from a medieval tradition involving mead. It was the drink of choice at weddings (being plentiful and dirty cheap). Following the ceremony the newlyweds would be given a month’s supply of mead – enough for one full cycle of the moon. It was believed that by drinking mead for the first month, the couple would be more fertile and a child would be born within the year …. no doubt soused! 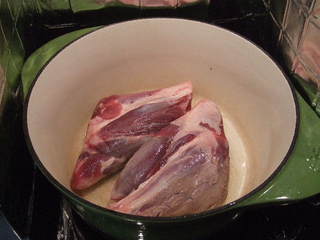 9) the shanks get browned; 10) set them aside while you prepare the braising liquid 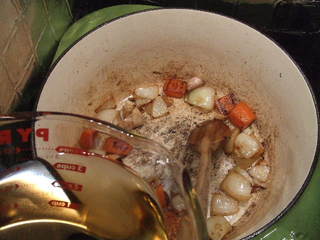 11) brown the onion, garlic, carrot, peppercorns, cloves and cinnamon; 12) add in the mead 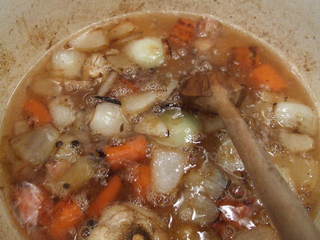 15) add in the fresh bay and sage leaves; 16) and then place the shanks back in – roast in a slow oven for 3 hours or so till the meat falls off the bone 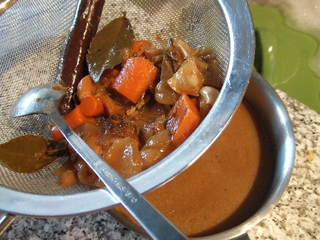 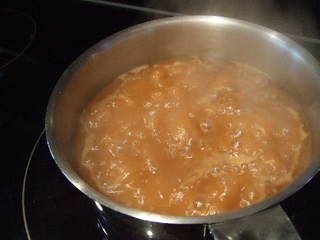 For the corn polenta with ricotta, you’ll need to husk 5 ears of corn and slide off the kernels (using a serrated knife makes this job easier I always find); butter; an onion; garlic, fresh bay leaves; a sprig of rosemary; plenty of full-on homogenized milk and the ricotta. 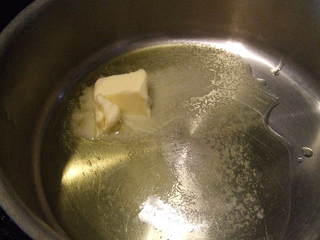 19) the ingredients for the corn polenta; 20) brown some butter and olive oil 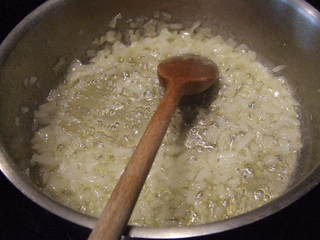 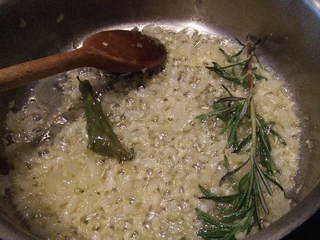 21) sweat the onions and; 22) add in the bay leaf and rosemary sprig 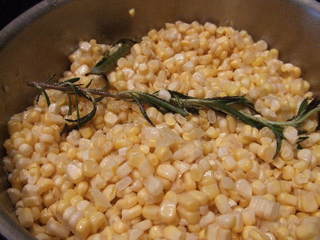 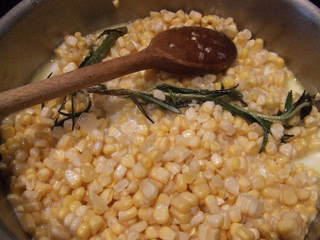 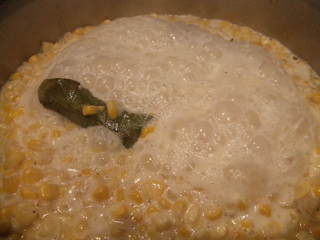 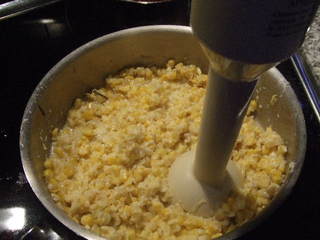 25) bubble that away for 25 minutes or so stirring frequently; 26) blend to give it a finer texture 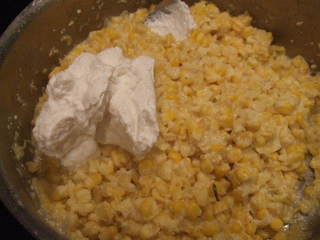 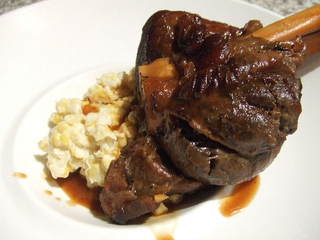 27) at the last minute fold in a couple tbsp of ricotta; 28) serve and enjoy!

3 Responses to Wild boar with corn polenta and ricotta