Posted on November 3, 2010 by appsscraps 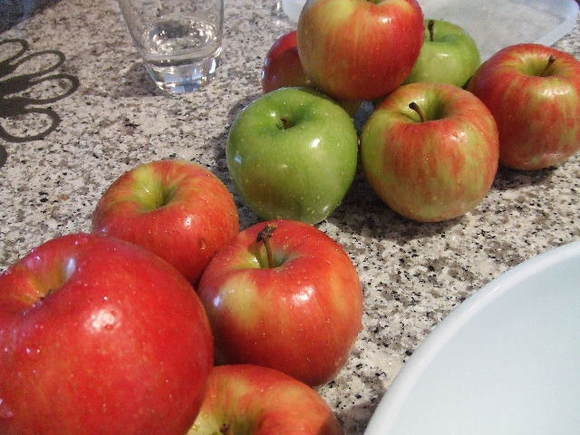 1) the apples are readied

We hosted Ironwoman Judy and Blee a couple Sundays ago for an afternoon of apple pie making, with a focus specifically on pie-crust construction. G has pie crusts down to an art.

The secret of good pie crusts is fourfold:

1. measure everything and use a scale;
2. use a food processor;
3. bake your crust on something cast iron while in the oven; and,
4. drink alcohol while you bake, and use it in what you bake. Why?…

Reason 1: if your pie crust doesn’t turn out at least you had lots of fun making it.

Reason 2: the alcohol in the pastry dough evaporates when baking leaving a flakier crust but more importantly alcohol – unlike water – won’t form gluten when it mixes with the flour. Gluten is an enemy of flaky crusts. You want gluten when bread-making for sure as it gives your bread chewiness, elasticity and helps it rise, but you should do everything to avoid it with crusts.

Match your alcohol choice to the crust at hand, so for apple pie use apple brandy (we use Berentzen Apfel Korn); kirsch when making cherry pies; peach schnapps when making peach pies (though why anyone wants peach pie is beyond me .. hairy fruits are an abomination and ought to be outlawed); and vodka for all savoury pies. 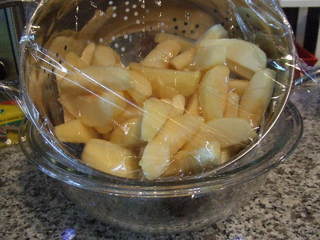 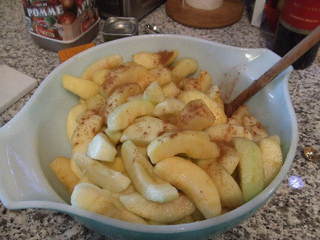 2) peel and core your apples, cover with a quarter cup of sugar and let drain for 90 minutes or so; 3) drain off the apple liquid (you’re going to reduce this and pour it back in last minute) and add sugar, alcohol and your spices – we use grains of paradise which is far less sweeter than cinnamon and imparts a wonderfully woodiness when ground and added to the pie 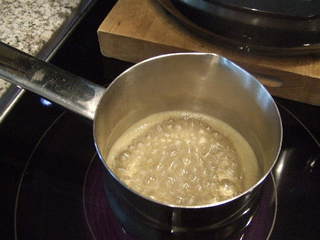 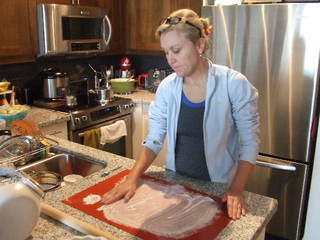 4) reducing down the reserved apple juice that drained from the apples; 5) Ironwoman Judy prepares to try her hand at the crust 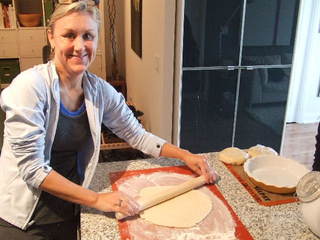 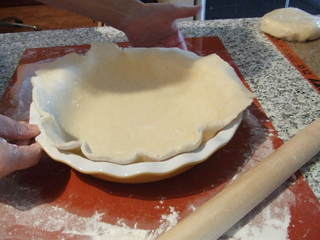 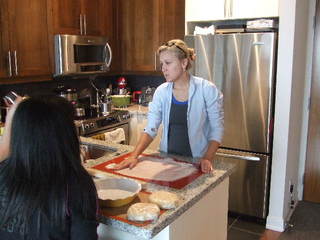 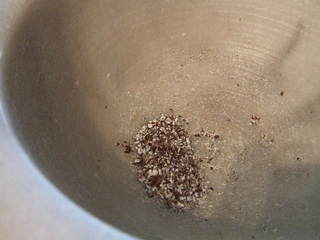 7) onto another batch of pastry under the watchful eye of Blee; 8) here are grains of paradise after being crushed 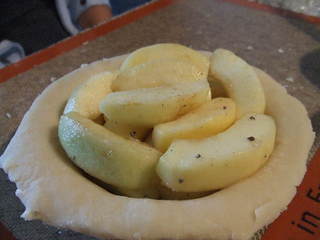 9) filling the pies, always carefully; 10) a mini pie is readied 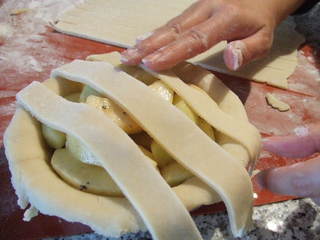 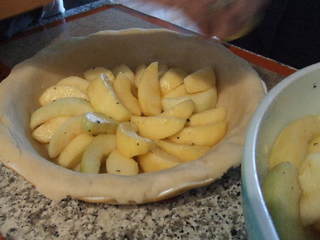 11) making the lattice tops for the mini pies  the apples are readied; 12) so pretty 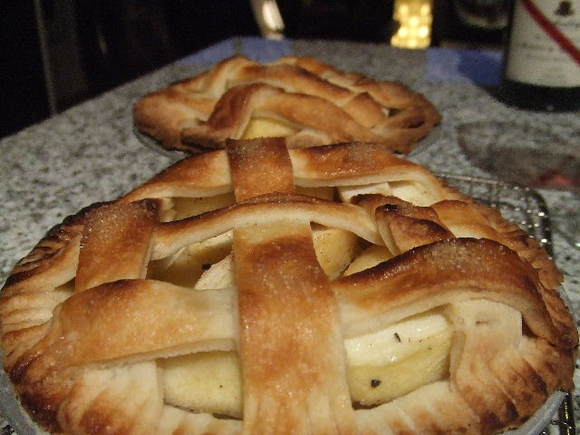 14) one of the larger pies … delightfully crusty

Eye of the Beholder
This is a thoroughly dreadful film based on – one can only hope, a better – novel by Marc Behm. British secret agent Stephen Wilson (Ewan McGregor) is sent to the United States to track a vicious serial killer of men, Joanna Eris (Ashley Judd). But rather than stopping the killer, poor Stephen becomes obsessed with her and thereupon travels the US for 10 years following her tracks. Yawn. One is teased halfway through the film by the appearance of Dr. Jeanne Brault (an I’ve-hit-the-wall Genevieve Bujold, or is the make-up artist to blame) and for bare moments we edge closer to our seats hoping sense will be made of the journey. But it’s not to be. A film that bangs you over the head with the lengths some men will go when obsessed, Eye of the Beholder is nothing more than an insult to everyone involved. My rating 2 out of 10.

Cloudy with a Chance of Meatballs
Phil Lord and Chris Miller direct Judi Barrett’s refreshing and ingenious 1978 children’s book that sees nerdy misfit, Flint Lockwood (voice of Bill Hader) invent a machine that turns water into food. Great premise eh! In a sardine town on the edge of disaster, Mayor Shelbourne sees a tourist bonanza and using weather girl Sam Sparks (voice of Anna Faris) starts spreading the word globally. But Flint’s machine goes awry and morphs into a Death Star-like monster that threatens to wipe out the planet with a rain of, you guessed it, ginormous meatballs. Cloudy with a Chance of Meatballs works on several levels – great characters and an honest connection to the plight of two nerds – Flint and Sam – trying to find their way in the world and a genuine story of a son trying to please his father. To boot, the animation is quirky and different than what you’ll see elsewhere.  A movie well worth spending dinner with. My rating 8 out of 10.

Valmont
Comparisons to Dangerous Liaisons are inevitable so upfront let’s admit Valmont is the lesser of the two adaptations of Pierre Choderlos de Laclos’ bewitching 18th century novel redone by Christopher Hampton. Directed by Milos Forman, Valmont has the same sweep as Stephen Frears’ film but is more a Sunday Night at the Movie version with far less edge than the Machiavellian characters gifted us by John Malkovich and Glenn Close. That said, Colin Firth as Vicomte de Valmont is more charming and Annette Bening as the infamous Marquise de Merteuil is more rounded with less cynicism. Cecile (Fairuza Balk) is more the true virgin than Uma could ever portray and it goes without saying that Henry Thomas as Danceny is light years stronger than Keanu. Meg Tilly as Madame de Tourvel is a blight on the film and seems to be channeling Sister Agnes. My rating 6 out of 10.