The Economist Intelligence Unit in their annual 2011 Global Liveability Index once again ranked Vancouver as the world’s most liveable place. We would concur.

Our condo in Vancouver is in arguably the most iconic building in Gastown and we’ve a lovely view of the eastern end of Burrard Inet and North Vancouver.  As I sit and type, this is the view I am forced to take in. Tough I know. It can be enormously distracting. 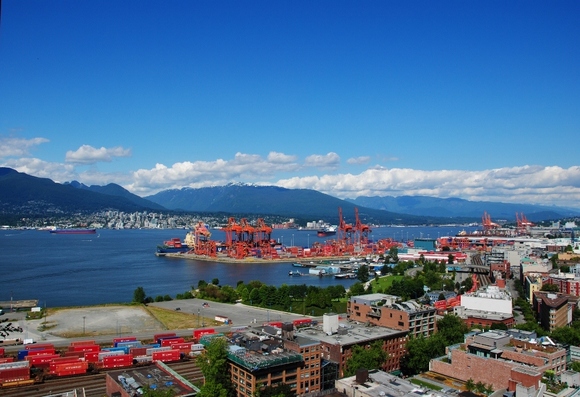 Several things – unique to Vancouver – do immediately pop to mind in day-to-day living. These include:

– never attempt to cross a street when the red pedestrian hand is flashing … city traffic gurus have provided nanoseconds when this happens before the traffic light changes to yellow;

– the city is awash with caucasians and asians and I’ve yet to see a black or latino or east asian when wandering the streets;

– while Gastown is great and we have everything we need within a stone’s throw, we are plagued by tourists as everyday one and sometimes two cruise ships dock at Canada Place and dump 1000s of bermuda short clad Americans and backpack toting Europeans in our neighbourhood;

– Vancouverites are a wholly indifferent group of people. They are certainly not overtly friendly and are a mix of post-modern hippies, health obsessed ‘granolas’, various clans of skater, skier and wilderness loving yuppies and – sadly – a significant population of heroin addicts and radical homeless who do not shy from aggressive panhandling. Regrettably, Vancouver certainly has Canada’s worst drug and homeless situation.

– the city is a coffee-addict’s nirvana and surely there must be more unique, excellent and independent coffee shops here than anywhere outside of Seattle;

– it does rain; interestingly, it even rains when it is sunny. North Vancouver seems endlessly shrouded in grey and I wonder if the sun ever touches its shores. But the rain is kind here – more a mist than much else and while the forecasters predict showers most days we’ve found it may mist or shower for an hour and then by noon, the sun is out peeking through the patchy clouds…I suspect as we spend more time here this will change. I can only hope it may become similar to the rain I used to have when living in the Barbados. There, it would rain torrentially for 10 minutes every night shortly after 5pm;

– despite its moniker as a city of glass which in my mind conjures an image of modernity, there is a real sense of frontierism here … this is a young place considering all (just 125 years old this year) and attitudes toward work and play are very different than Toronto or London;

– the city has THE best food carts of any city I’ve visited – with Tokyo taking a close second spot.

On other notes, I was in Toronto June 25-30 and then dashed to London to see the family (though I missed my nephew E’s graduation) over the long weekend. Upon my return we got right into cooking and served up a seafood linguini with a bocconcini salad (I wanted to use burrata cheese but that is exceedingly difficult to find so far from Italy). 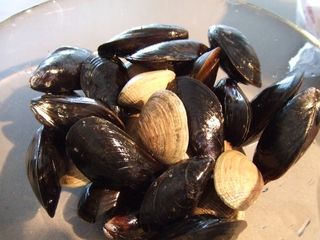 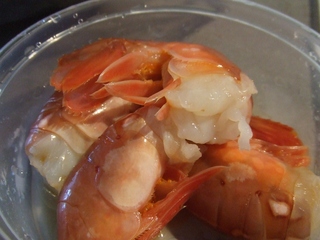 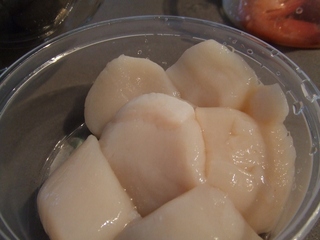 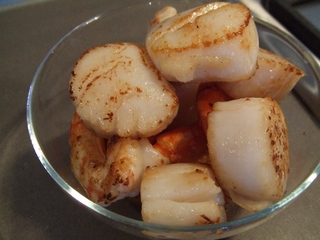 4) Digby scallops; 5) we pan fried the scallops and prawns ahead of time 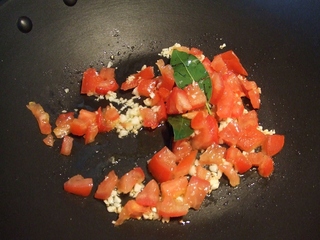 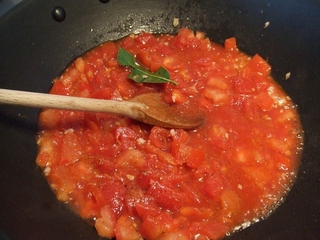 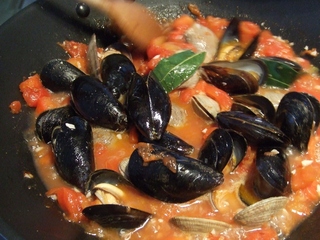 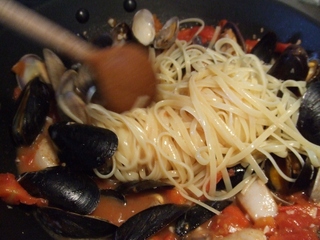 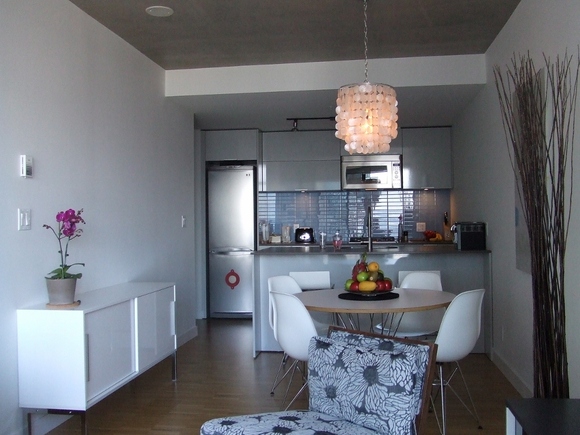 10) our dinning room and kitchen 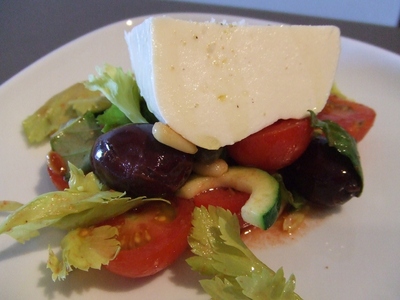 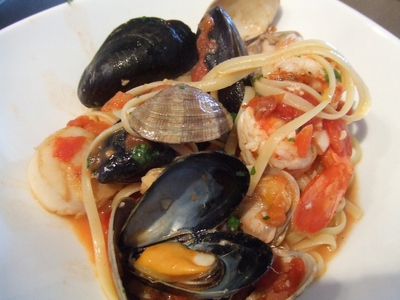 I also had time on my flights to see a few movies, including:

A clash of east meets west ensues when a foreign service diplomat (Lisa Ray) and her chef husband Michael (Don McKeller) are transferred to the Canadian High Commission in New Delhi. In their new home they meet Stella, their cook, who over 30 years of service has learned how to pad her salary with some pilfering here and there. Michael is keen to learn all he can about Indian cooking and works to gain Stella’s trust and the two start sharing recipes. When Michael and his wife hire Tannu (Indian star Shriya) to care for their baby, a new dynamic enters the house. Tannu is very honest and looks down on Stella’s thievery. Cooking with Stella, while an uneven film, gives us a good story of how people acclimatize to a new culture and in doing so find the ability to change their views. Directed by Dilip Metha with comedy amid its seriousness, it is a foodie’s film worth seeing. My rating 6 out of 10. 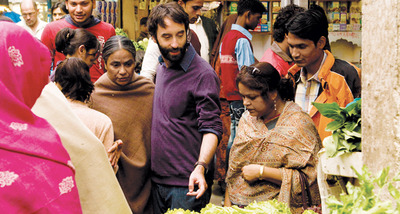 The Green Hornet
The Green Hornet is a tongue-in-cheek poke at the genre of superhero films and if you go into the film with that front of mind, you will enjoy the sting it provides. After the sudden death of his father James (Tom Wilkinson), playboy Britt Reid (Seth Rogen) finds himself the new topdog of the Los Angeles’ “The Daily Sentinel” newspaper empire. Initially he maintains his playboy lifestyle until one night when he and his driver Kato (Jay Chou) stop a robbery. The revelation leads Britt and Kato to create superhero The Green Hornet. This film, directed by Michel Gondry, is a you-get-what-you-expect affair made enjoyable – despite the undertone of racial stereotyping – by the addition of a sultry Cameron Diaz (as Leonore Chase) and an excellent badguy with self-confidence challenges named Chudnofsky (a superb Christoph Waltz). It is an Inspector Gadget meets the Goonies film and gets my rating of 7 out of 10.

The RiteAnthony Hopkins stars as Father Lucas, a renowned if creepy, Jesuit exorcist while Colin O’Donoghue is your typical priest challenged by his belief in god, Father Michael Kovack. The two meet in Italy and watch over a young woman purportedly possessed by demons (yawn). Full of the usual rot and only redeemed – somewhat – by director Mikael Hafstrom’s atmospheric framing, The Rite has no right to call itself anything but boringly embarrassing. My rating 3 out of 10.

The Switch
Jennifer Aninston and Jason Bateman star in this comedy about the dangers of playing with sperm. Aninston is Kassie, a woman who decides enough is enough and opts to have a baby through artificial insemination. Bateman is Wally, her best friend. At Kassie’s artificial insemination party, Wally gets drunk and replaces his sperm with the sperm donor’s (a sedate Patrick Wilson). Switch then to 7 years later and Kassie has moved back to New York City with her son Sebastian. What ensues is a slow and funny revelation as Kassie tries to get Roland and Wally more involved in their lives and the slow realization that Sebastian is not the son of the father she thinks. Directed by Josh Gordon and Will Speck, The Switch – while silly beyond belief – had this reviewer laughing outloud from the get-go and with the addition of Jeff Goldblum (as Leonard) and Juliette Lews (as Debbie) is well worth sitting down to watch. My rating 7 out of 10.

Harry Potter and the Deathly Hallows: Part I
As the Potter saga nears its (final) end, the series has once again returned to some fine film-making. All the usual suspects are back again and Voldemort has managed to wrestle control of the Ministry of Magic at Hogwarts. Harry, Ron and Hermione continue to race again time to destroy the Horcruxes and complete the work left undone by Dumbledore. Directed by David Yates, Harry Potter and the Deathly Hallows, Part I is a fine – and perhaps more importantly, mature – film that satisfies from beginning to end. It has left big shoes to fill for its final segment and has my rating of 8 out of 10. 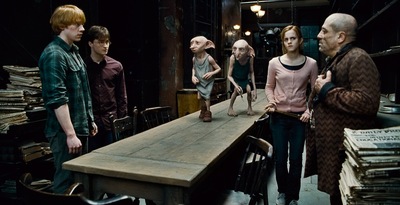 Gulliver’s Travels
Wow, such silliness. Gulliver’s Travels is a slap-in-the-face to the original story and certainly takes it in new directions. Jack Black is Lemual Gulliver, a hapless mail room clerk working at a New York newspaper with no ability to take a risk or chance and a serious case of infatuation with the paper’s travel editor Darcy (Amanda Peet). When he inadvertently offers to write an article for her she accepts and promptly sends him to the Bermuda Triangle. There, in true Oz fashion, he ends up in a whirlpool and shipwrecked on the island of Liliput, suddenly the biggest man on the block. The film from there follows the ups and downs of King Theodore’s (Billy Connolly) kingdom and the love life of his daughter Princess Mary (Emily Blunt). Directed by Rob Letterman, Gulliver’s Travels tells the story of one man’s journey to self-discovery and love, yet despite that lofty goal, is still pretty awful. My rating 3 out of 10. 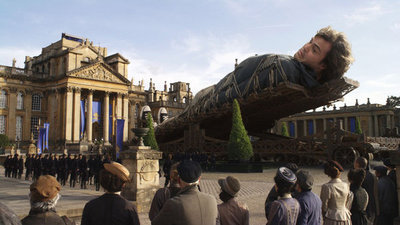