Chilling at the condo

1) the view from the condo looking out towards the Gulf

My folks bought our condo in Florida in 1990 and I last visited waaay back in the first week of September 2001. How can I be so precise? Easy, G and I flew out from Sarasota on Sunday, September 9th and two days later we’re all very familiar with what happened and how the world of travel – in particular – changed dramatically. The past couple years we tried unsuccessfully to get down; such is life.

However, I have been down here a week (sadly without G). I’ll tell you though, Sarasota is a farther cry from Vancouver than Toronto ever was. I know that’s obvious but getting from there to here is a chore. I overnighted in Seattle and routed from there through Atlanta to Tampa. Strangely, the silly folks at Delta (who I flew with) overbooked the Seattle-Atlanta flight and had the gall to send out an online survey asking opinions about ‘overbooked’ flights. I replied saying simply, ‘hello you dimwits, here’s a concept, don’t overbook the flight in the first place!’. It’s both obscene and embarrassing that an airline is actually conducting surveys on such matters.

Tonight, I’m sitting here overlooking the Manatee River as the sun sets into the Gulf off to my right. It’s lovely and I must admit a certain amount of longing that I’ve missed some 11 years of hanging out in Florida. My folks are in residence too (they’re here till May lucky buggers) and I’ve run with Papa several times; we’ve ate far too much; ditto drinking; gone beaching; shopped in St. Armand’s Circle; worked on a puzzle; visited the South Florida Museum and Parker Manatee Aquarium (where I did see manatees); and lazily lounged. I’ve been reading Murakami’s brilliant 1Q84 (highly recommend if you’ve not yet given it a read). It’s been great!

2) you know you’re home when … you cross the Sunshine Parkway; 3) ma welcomes me upon arrival 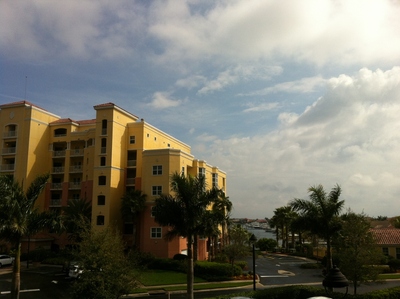 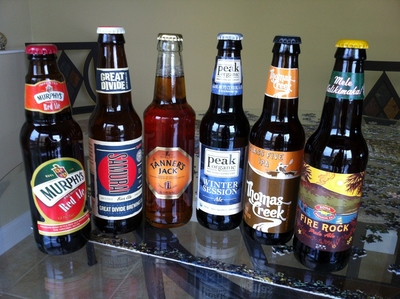 6) we’ve laid in a world of beers (the Samurai was the best by far); 7) our pet flamingo in the entrance foyer (we really ought to let her go)

8) the Manatee River from our balcony; 9) me posing in my casuals

10) these are a wonderful invention; 11) the condo again

12) inside the condo compound we kept an eye out for manatees here (someone said they saw them but, alas, we did not); 13) the pool 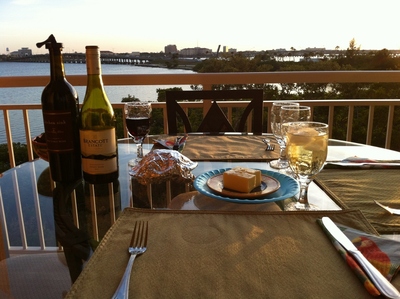 14) we did most dinners on the balcony and; 15) watched the sun set

16) this night it was ribs and cauliflower tabbouleh; 17) my favourite beach of olden days – `Sea Oats`at Beer Can Island – my how it`s changed since G and I were last here

18 & 19) a visit is never complete without a visit to the Columbia House at St. Armand`s for their famous 1905 salad and Cuban sandwich and sangria

20) a pelican drifts at Anna Maria Island Pier; 21) there was champagne but of course

22) beaching ourselves at Cortez; 23) ma and papa at breakfast on the beach

26) there’s ma and papa with the beach to themselves; 27) that one bird was damn angry at the other one

32) a mock-up of de Soto’s home at the museum; 33) here is “Charlie” a 3 year old manatee that lost its mom when she was struck by a boat (sadly, an all too common occurrence). He is being rehabilitated and will be released back into the river. Sadly, unlike Snooty, manatees in the wild have a life expectancy of about 8 years

34) at the aquarium mom and I swim with Snooty … sort of; 35) papa and I looking awfully happy after a jog in the heat

36) at the Red Barn Market; 37) the puzzle papa and I were tackling 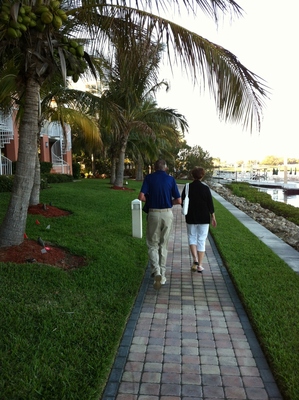 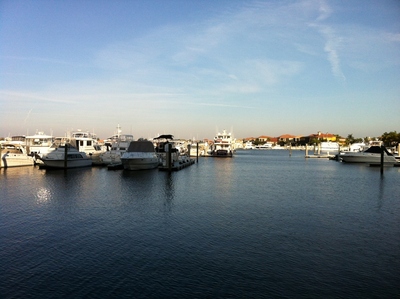 38) heading to Casa Mia Grill for dinner; 39) the harbour as we walk

42) my fabulous cannelloni napoli; 43) we ate and drank till the sun long disappeared

6 Responses to Chilling at the condo