Despite the prevanence of American football on Canadian airwaves, did you know that football was first introduced to North America in Canada by the British Army garrison in Montreal? Did you also know that Canada has its own unique football league – called the Canadian Football League (CFL). The game played here is a tad different than its newer American counterpart – to name but a few differences:  there are only 3 downs; the field is both longer and wider; the end zones deeper; motion is allowed on the scrimmage line at the snap; there is a 3 minute warning.

The championship game, called the Grey Cup (named after Governor General, Albert, the Early Grey) is traditionally held on the last Sunday in November. Yesterday’s game between the Toronto Argonaults (which, incidentally, were founded in 1873, and is the oldest existing professional sports team in all of North America) and the Calgary Stampeders was the game’s 100th. Yes, 100th. After the Stanley Cup (1892), the Grey Cup is the oldest trophy in professional sports. It has been stolen and held for ransom, been broken several times and survived a fire. It has history indeed.

Traditionally Canadians host Grey Cup parties to watch the game and we used the evening to do just that … though for just the two of us – with beef rouladen and homemade egg noodles on the menu. 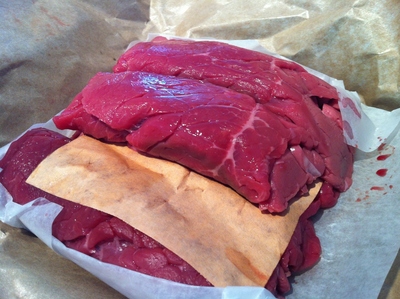 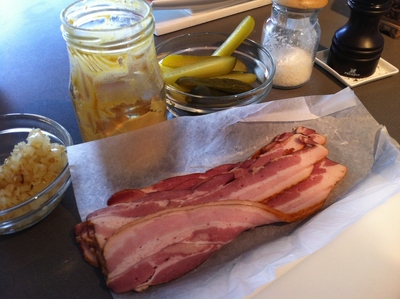 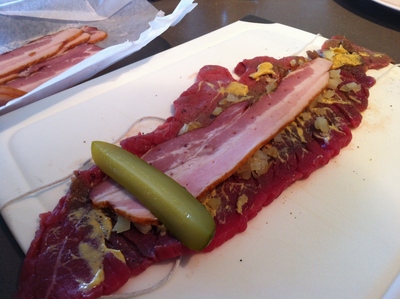 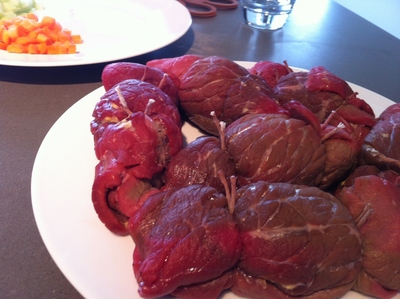 3) to make the rouladens, roll the ingredients inside and tie off; 4) here they are 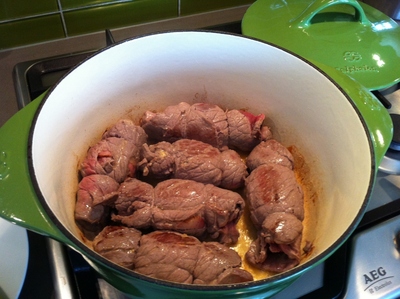 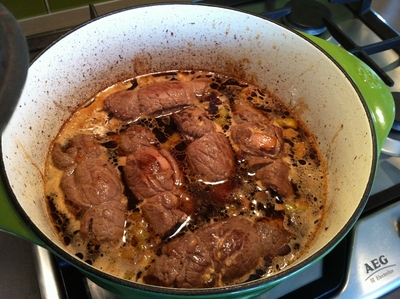 5) sear the beef and then, 6) braise in good red wine and beef broth for about an hour 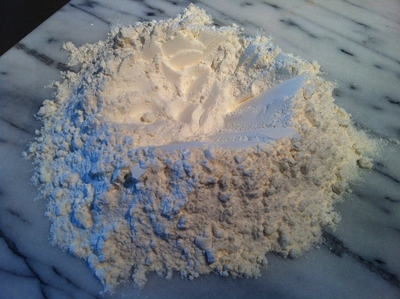 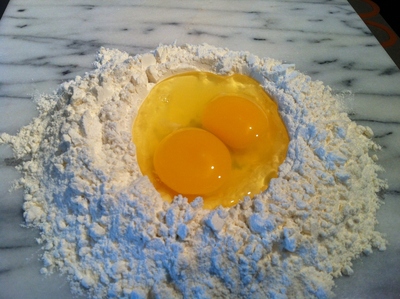 7) while you can make noodles tout suite in a KitchenAide, it’s nice to also do it the old fashioned way; 8) flour, salt and a couple eggs in a well 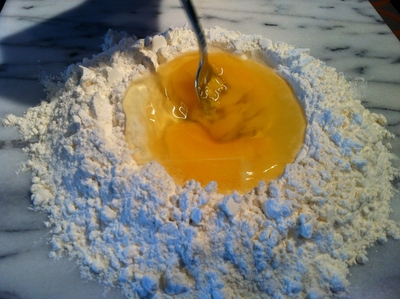 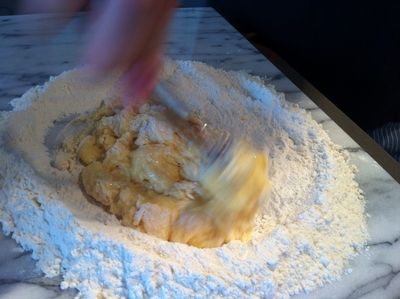 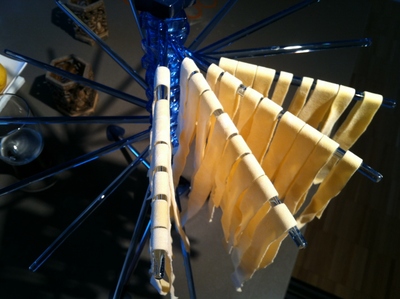 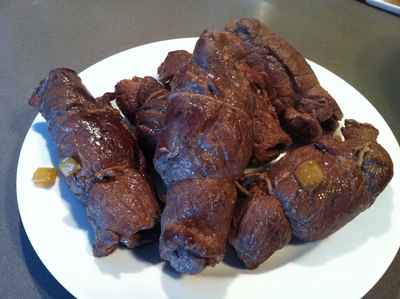 11) the final noodle product dries on the rack; 12) once beef is done, set aside, reduce broth and make a gravy 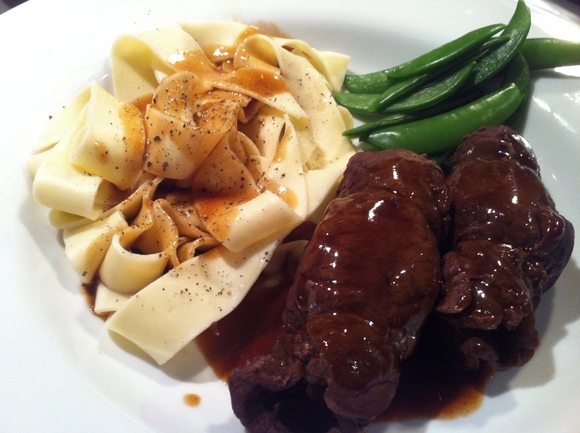 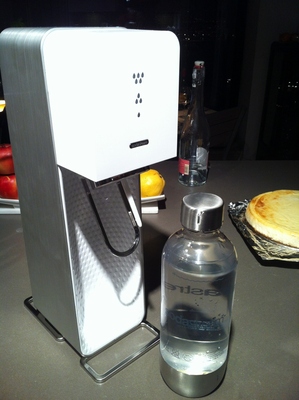 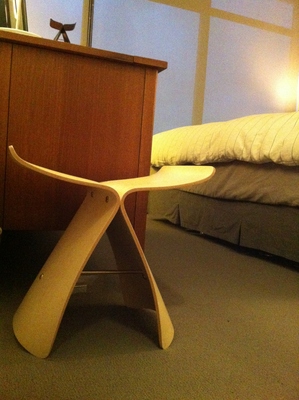 14) we also recently bought a Soda Stream to make home made sodas (so far we’ve made lemon rosemary and lemongrass/ginger – delicious!) and, 15) our new Butterly Stool arrived, designed in the 1940s by Sori Yanagi, who sadly passed away in 2011

The Argonaults won by the way and I won the $20 family pool, which I kindly donated to my nephew.