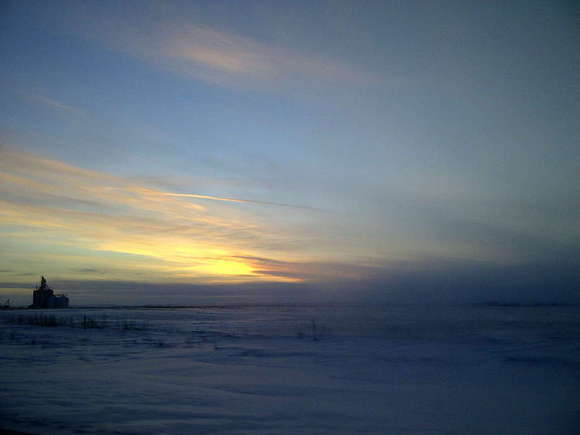 1) on the road south from Meadow Lake, SK

It’s cold in Northern Saskatchewan, bitter cold, cold-as-a-witches-tit. Dayime temperatures while I was there hovered around -25C (without windchill) [that’s daytime; nighttime temperatures fall from there] and I remain dumbfounded that Saskatchewanians stay put and live through such temperatures all winter long. I would so be fleeing south! And then I get to thinking of Canada’s early settlers, the traders, who worked their way Up Here (as the magazine that covers life in Canada’s far, far north is so appropriately called) not to mention Saskatchewan’s aboriginal peoples – largely Dene and Cree – who have lived here for centuries without the modern conveniences of heat, gasoline, modern highways, etc. that we are so utterly reliant upon. It is, in a word, stunning.

It is severe yet serene as well with skies that go on forever, and, presumbably when it’s not snowing, sightings of the Northern Lights. 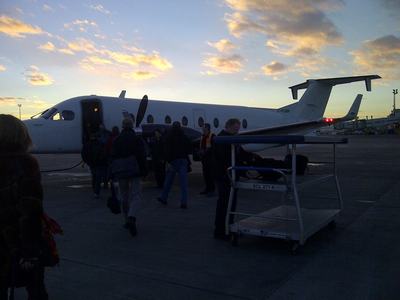 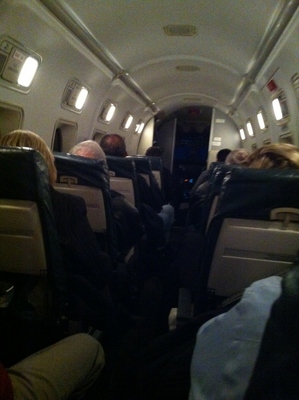 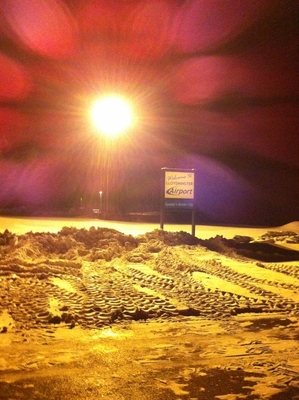 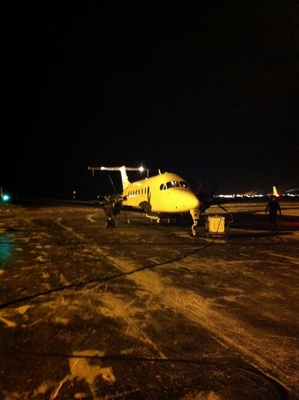 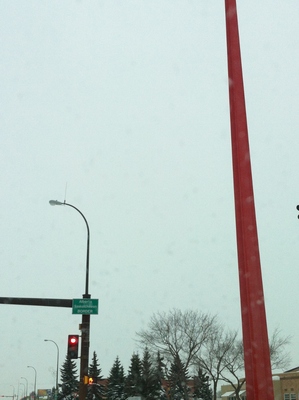 4) arriving in Lloydminster; 5) whose Main Street literally straddles two provinces – Alberta and Saskatchewan (you’ve no idea the challenges that creates in terms of social service provisions like education and healthcare) 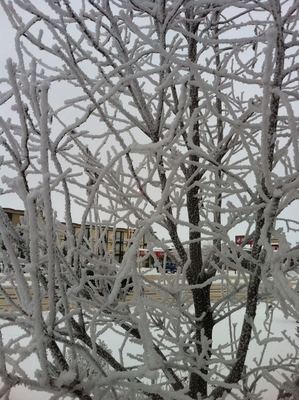 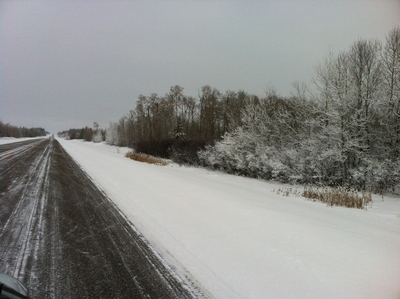 6) awaking to (more) snow one morning; 7) driving north, ever north 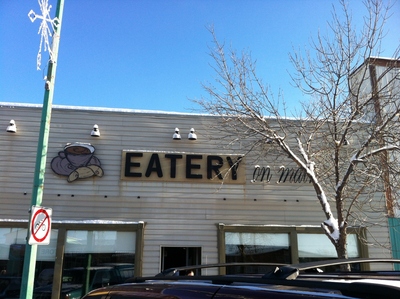 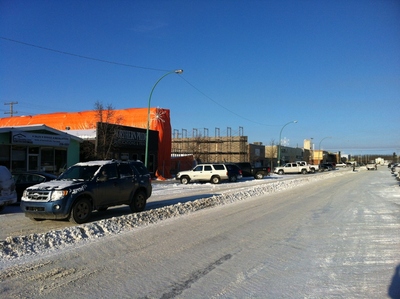 8) if you should ever find yourself in Meadow Lake, do try Eatery on Main (it’s great!); 9) here’s downtown! 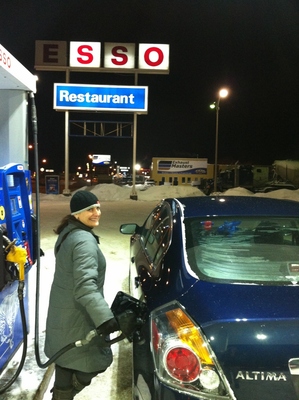 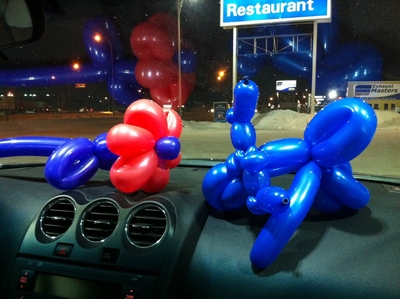 10) one of the joys of life up here, filling up with petrol in -35C temperatures – priceless!; 11) members of the group we met gave us balloon gifts 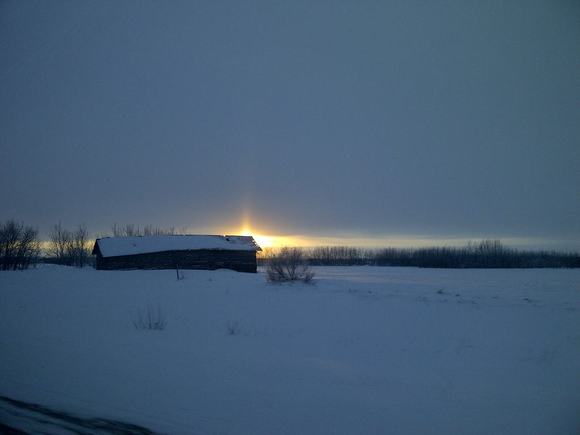 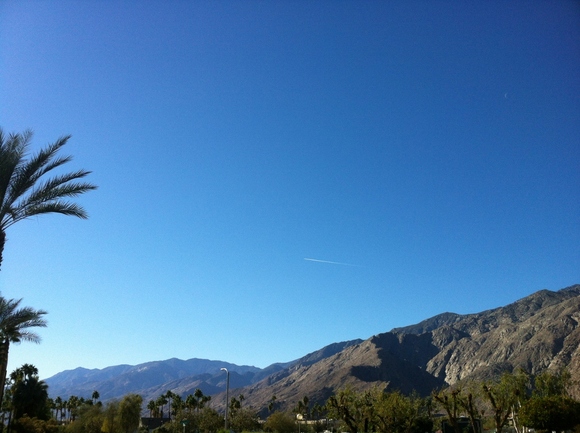 13) … from the sublime of Palm Springs