Vancouver is at its foggiest during the month of January, which, living as high as we do here, offers some very interesting morning views. The fog tends to creep down Coal Harbour from the east and as it settles leaves us with views of the northshore mountains and some of downtown’s buildings eeriey floating above it all. It’s very neat especially as the lights of the harbour facility turns the fog orange, as you can see. 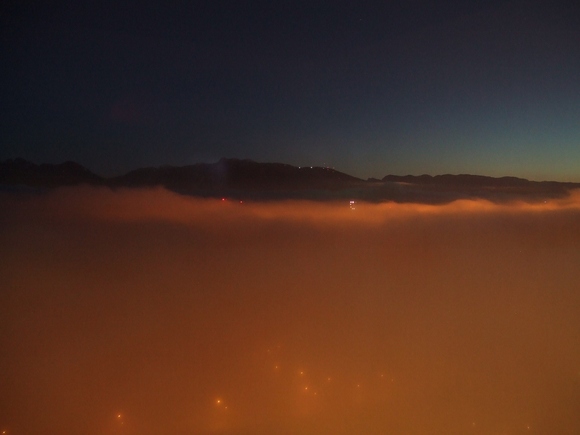 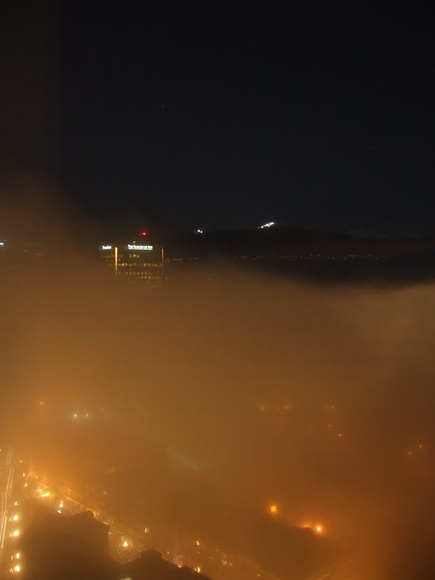 Last week we had a morning where to everyone’s utter joy the sun appeared. I say joy as really it’s been raining in Vancouver since November. If you’re not a fan of such weather certainly avoid a visit to Vancouver from November through mid-February. It was a beautiful sunrise and I snapped a picture of it from my office window in Fairview. 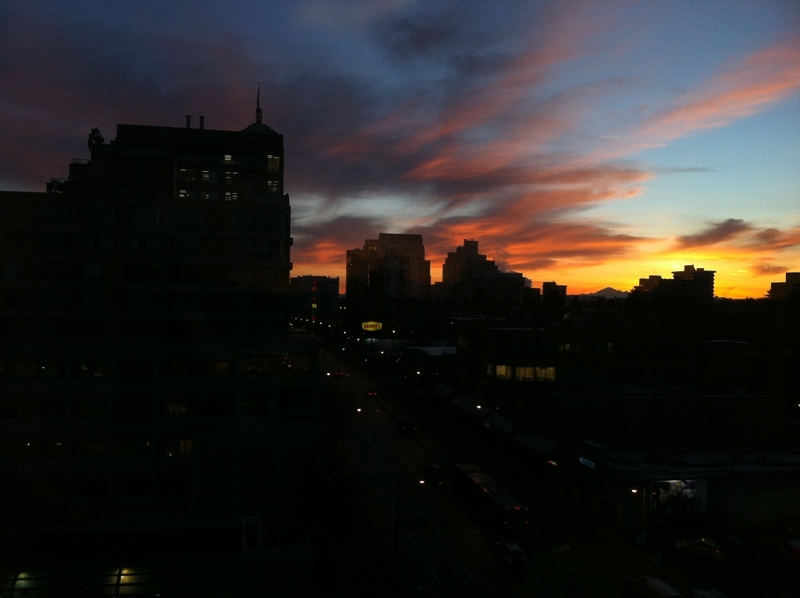 3) let the sun shine! – that tiny ‘mountain’ you see on the horizon where the sun is rising is Mt Baker, the volcano that sits about 175km south and east of Vancouver, which is noted as being one of the snowiest places on earth