Posted on February 8, 2013 by appsscraps 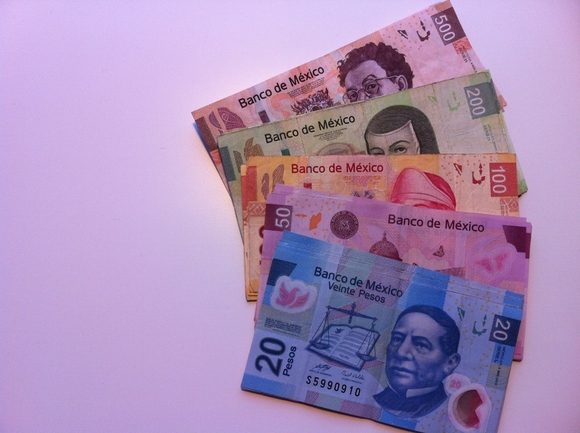 1) Pesos time for us

We’re currently en route to the St. Regis Mexico City to eat our way through the city. ?Hablo espanol? I studied Latin American history while at university and wrote my theses on the impact the Spanish conquest of the Americas had on Spain (a twist from the usual focus on its impact on American aboriginal communities (which you can imagine was not good). I can also tell you more about El Salvador and its revolution than you’d care to know I’m sure. But, sadly, my command of spanish which was semi-passable 30 years ago has largely left me. Wah!

We spent last weekend at the Fairmont Pacific Rim to celebrate our anniversary. It was lovely and the team there kindly left us some goodies to help celebrate. We did have an adventure there early Sunday morning when we were awoken by doors slamming and yelling. It seems our neighbours had a fight of some sorts, which ended up with the man leaving and the woman finding herself in the hallway – clad in nothing but her underwear and a bra – locked out of her room. We kindly gave her a bathrobe and she used the phone to call reception to get herself back in. Oh my! 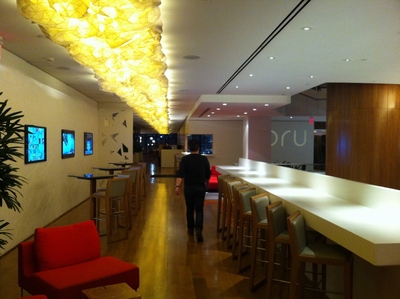 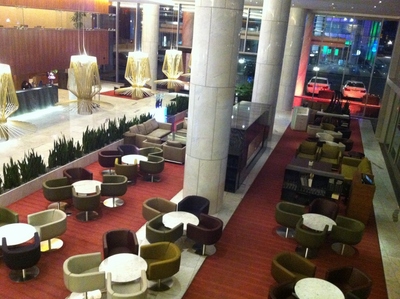 2) G wanders toward Oru; 3) the lobby lounge at PacRim 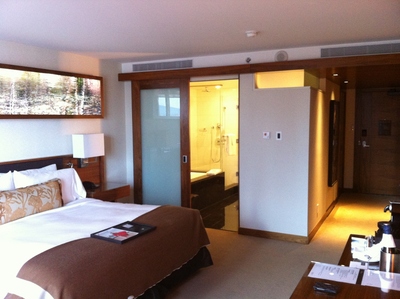 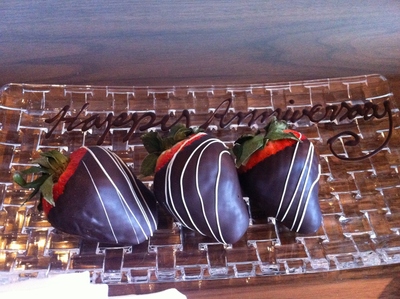 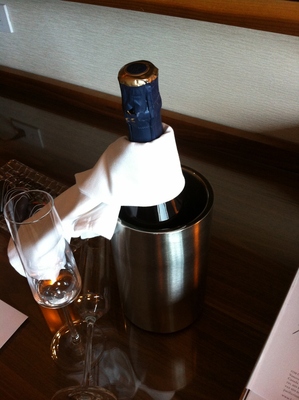 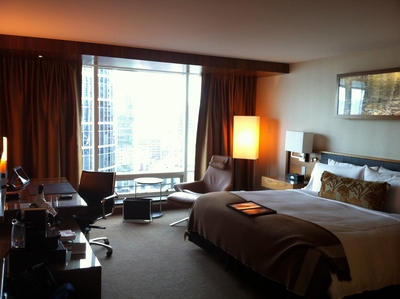 Did you also hear that Vancouver scored being the host city for the 2014 TED Talk Conference. Yay us! Now actively working to score a talk to boot.