With the advent of the let’s-nominate-100-movies-for-best-picture mentality the Academy adopted in 2011, we’ve taken to a new angle on our Oscar Dinners whereby appetizers take front and centre. Guests are assigned a film and bring an appetizer somehow related to the film’s spirit. We have kept the annual tradition of a cocktail that honours one of Hollywood’s fallen stars. This year’s drink we dubbed a “Gin Whitney” (based on a Gin Rickey) and honouring Whitney Houston, of course. The drink consisted of bathtub gin (get the reference?!), club soda (as the water) and a garnish of mint and a Lifesaver (as she could of used one the night before the Grammys).

Joining us this year were the twins; Don & Sandra and WestJet Sue & Kevin. It was a fun evening – with too much champagne granted – and won the most-correct Oscar-Categories-Right Award. 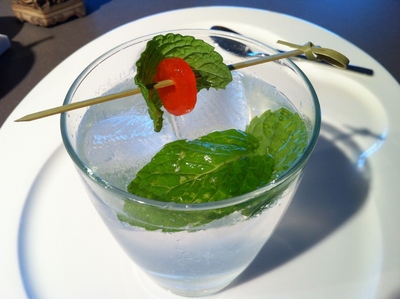 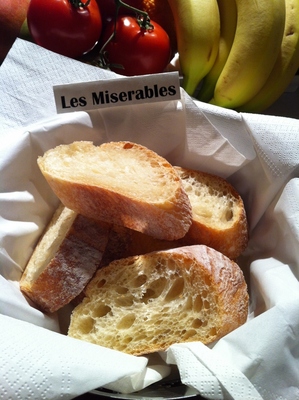 1) the Gin Whitney; 2) bread but of course for Les Miz 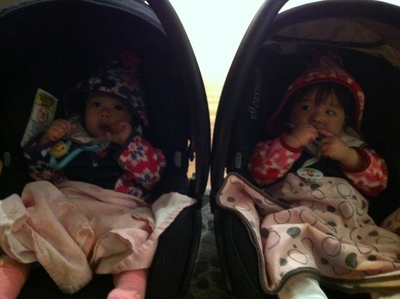 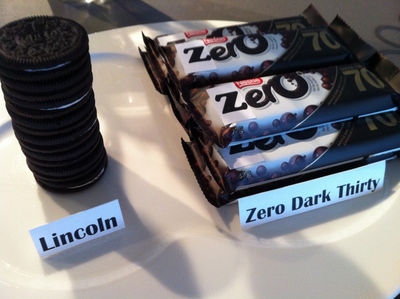 3) the twins arrive; 4) for Lincoln, Oreo cookies that pitted black on white; 4) for Zero Dark Thirty, a morphed Aero bar 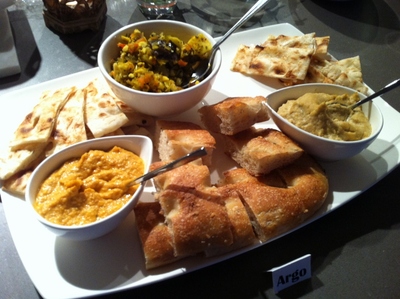 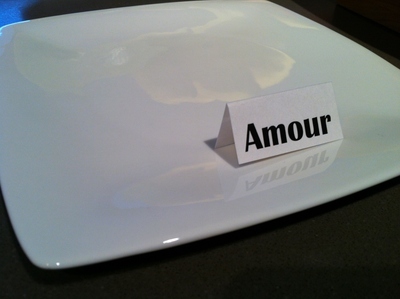 5) WestJet Sue brought an Iranian-inspired melange of dips and breads; 6) for Amour, a movie about aging and the impact of stroke and its accompanying challenges with mobility and memory, we served … um, I forget! 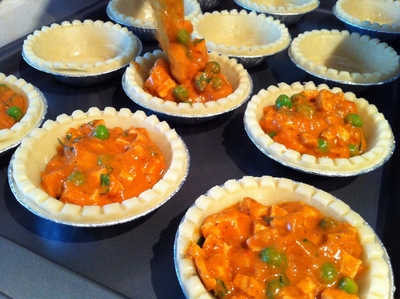 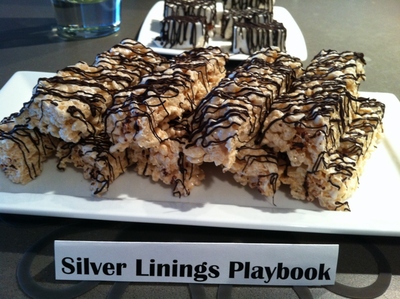 7) for Life of Pi, we made from scratch mini butter chicken tarts that were omg fabulous; 8) for Silver Linings Playbook, it was earl grey tea-infused marshmallows we made from scratch then incorporated into a Rice Krispie square; the couple in this film first meet in a diner where they order tea and cereal 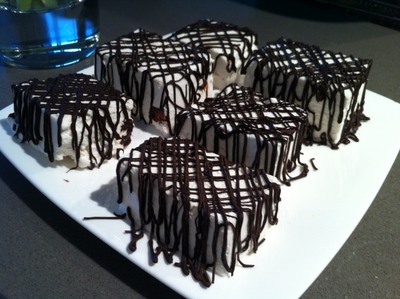 9) with the remaining marshmallow, G covered them in tempered chocolate – yummy!

For the last two films, I forgot to take pictures – blame the champagne – but they were two types of chicken (one bbq-ed; the other battered) that Don did up for the film Django Unchained and auroch-shaped chicken nuggets we made and served with a creole style to support the film, Beasts of the Southern Wild.