1) the interior of Paxia

While in Mexico City we dined at two of the city’s best restaurants, Paxia and Pujol. Both were touted by the concierge at the St Regis as molecular cuisine establishments that took simple – and classic – Mexican dishes and fused them with molecular techniques. Indeed, this was more true of Paxia than Pujol but essentially both are built more in a contemporary cuisine mold first and foremost. Of the two, I give nods to Paxia as a place I would return to as I found both the dishes – especially the ‘oyster’ and ‘bone marrow’ courses – and the service better. We were honoured to have different members of the kitchen attend our table as each course was served, which I thought was a gracious act. Food at Paxia is more homey, I suppose. That said, Pujol is one-notch higher in terms of its presentation and refinement, and dishes are esthetically … stunning. I suspect this is the result of a numbers game – Pujol is tiny and a one-off while Paxia is a larger restaurant and one of several in Chef Ovadia’s pantheon.

Paxia was our first stop. This is one of several restaurants of Chef Daniel Ovadia and Paxia actually has two locations (so make sure you know which you’re after). Paxia on Juan Salvador Agraz is the newer of the two and is located out in the very business-like community of Santa Fe. If you’re after a dinner in an environment similar to any bland, large American city, by all means head here. If you’re after something more authentic in a real community where real Mexicans live, visit the original location – which we did – on Avenida La Paz in the San Angel area. 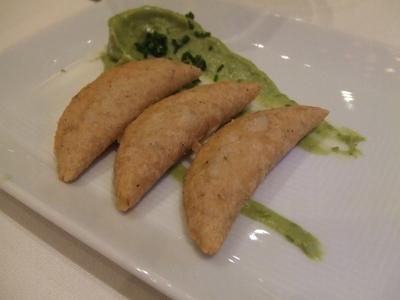 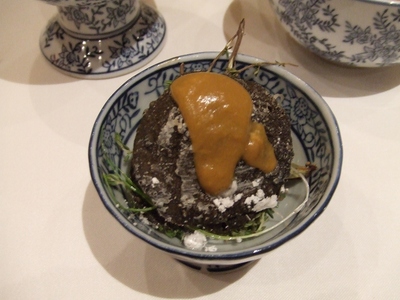 2) the amuse was a small croquette with chili sauce; 3) Almeja blanca en rescolda, salsa de lentejas, cebollitas, chile serrano y gajos de limon (this was an inventive take – a baked clam in a clam shell made of blue cornmeal) 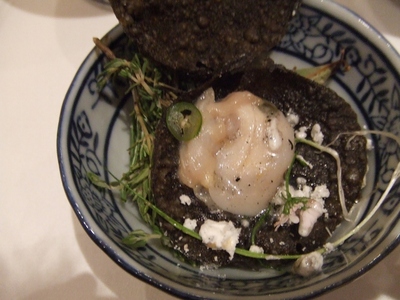 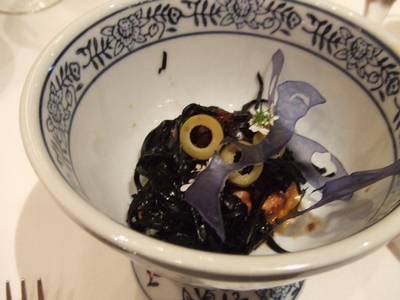 4) here is the ‘shell’ opened to reveal the baked clam 5) Escabeche de pulpo (pickled octopus); the ‘seaweed’ you see is actually a thin wafer that tasted like smoke 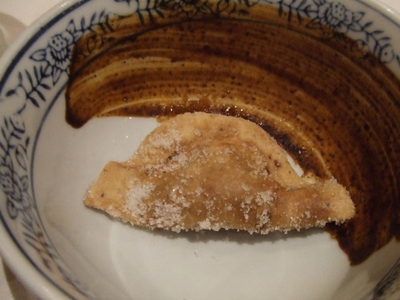 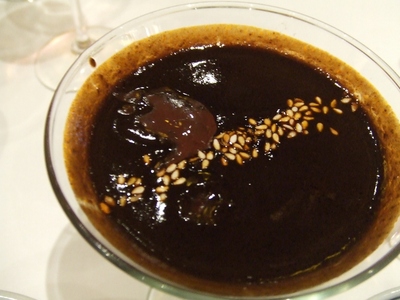 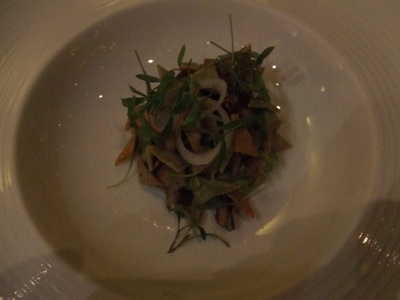 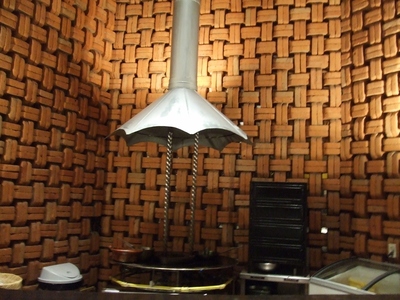 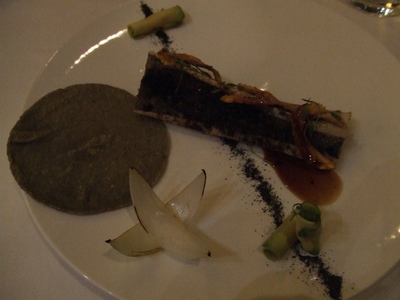 10) Tuetano al horno, sal de colima, ceniza de tortilla, aguacate, corazon de alcachofa y redccioin de cebolla quemada (another outstanding dish – bone marrow but the ‘bone’ is potato the Colima black salt was so good) … and I could not believe you could make avocado into the small tubes you see 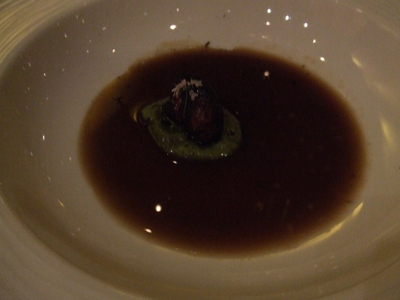 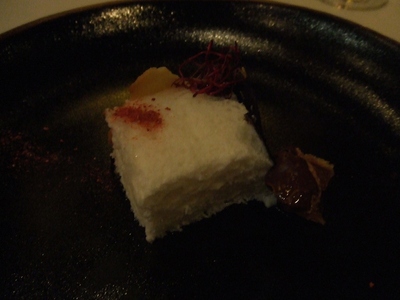 13) this was a digestive that was prepared right at the table – Bebida de muicle, coco, chia, apio y mexcal espadin de santiago matatlan (so, a Mexcal, chia, celery and coconut drink); 14) the light proceeded to get darker as we dined as you can see … this was one of three desserts we had – Esponja fria de yogurt con galleta de almendra y miel, mermelada de capulin, raiz de amaranto, merengue de leche y chocolate (a cold sponge cake with chokecherry jam, almond cookie and a milk and chocolate meringue) 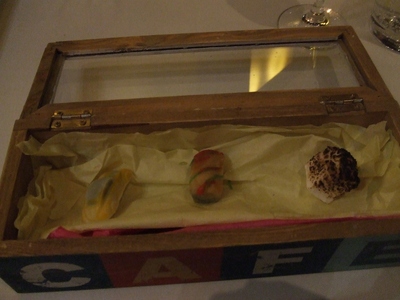 15) and some petite fors before we left (very full)

Dinner for two at Paxia taking the 11-course tasting menu, a cocktail each, a bottle of excellent, excellent Mexican rose, and tax/tip will run you MXN$3,150,00 (or about US$250 … a good deal we thought).

Meanwhile, over at Pujol, ranked as one of the World’s 50 Best Restaurants (it’s at number 36), chef Enrique Olvera is preparing traditional Mexican dishes with a decidedly modern take. Unlike Paxia, I think Pujol gets a fair share of English speaking clients so you can get by here without having to speak any Spanish (which perhaps detracts a tad from its ambiance). Pujol is just north of Chupultepec Park and immediately east of Polanco (the swank area of Mexico City with more Gucci, Prada, Tiffany and etc stores than you’ll find on Rodeo Drive and Chicago’s Magnificent Mile combined). 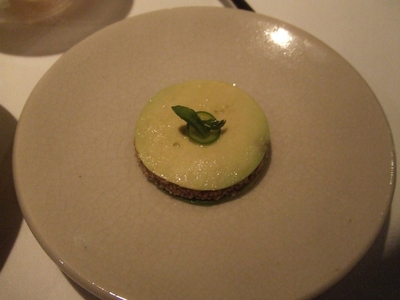 16) the amuse was a perfect disc of chia topped with avocado and a Serrano chili; 17)  Beef tartar tostada. Alfalfa. Serrano chili. 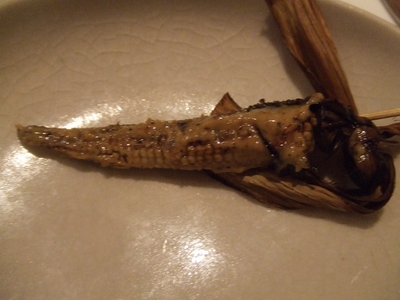 18 & 19) the signature dish at Pujol is this – Bocol. Tomatillo. Cream – and it is marvelous (I could have eaten 10 of these little corn on the cobs) 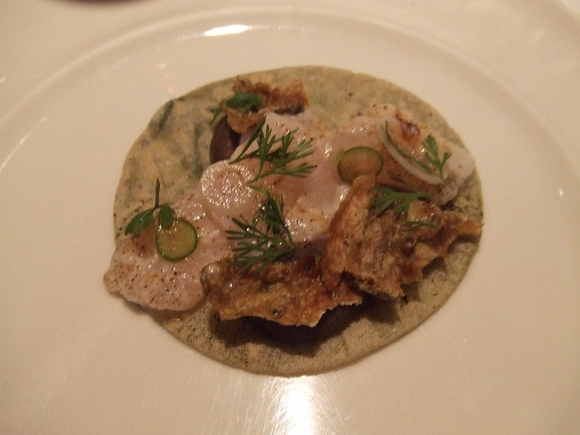 20) Fish ceviche taco. Hoja santa tortilla. Beans … delicious … these you eat as all Mexicans do, lifted with three fingers to the mouth 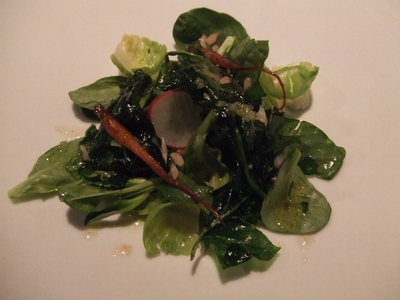 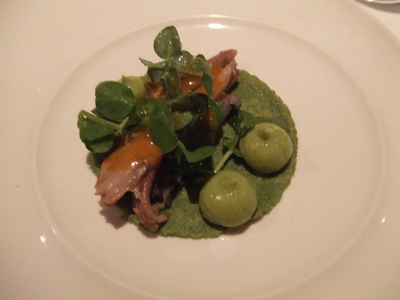 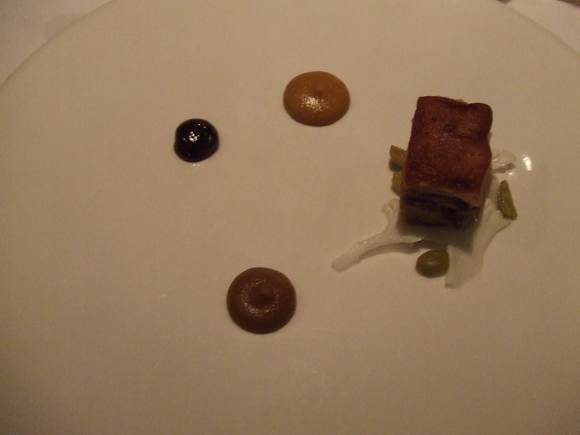 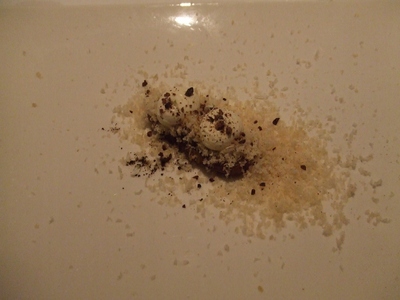 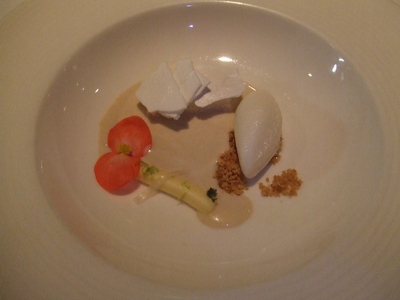 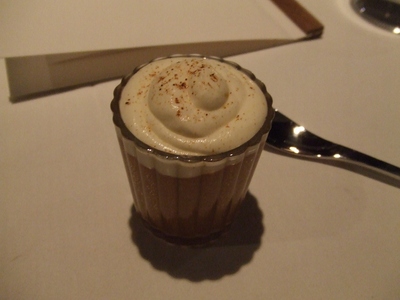 27) Thyme biscuit. Lemon gelatin. Pulque sorbet. Cookie soup. White chocolate – the pulque sorbet was interesting. Pulque is a beer-like drink native Mexicans made before the arrival of the Spaniards; 28) finally, a chocolate mousse to finish

Dinner here for 2 including a cocktail each, the full tasting menu, a bottle of Mexican Chardonnay, tax/tip will run you MEX$4,265,00 (or about US$335 … also a good deal).

Certainly, if you ever find yourself in Mexico City go try both places. You shan’t regret it. G and I have been blessed to have dined in some of the best ‘molecular gastronomy’ restaurants going and meals of this caliber in other cities would cost double and treble.