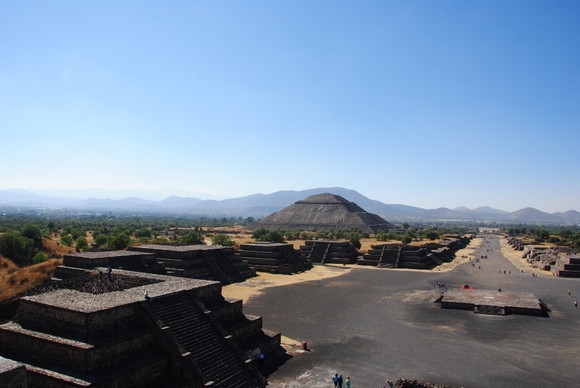 We had our driver drive us the roughly 48kms north and east of Mexico City – through some of the most amazing views of Mexico City’s ‘shanty towns’ built with haphazardness up each and every mountain ringing the city – to the pre-Columbian city whose name means, “where man met the gods” – Teotihuacan. To this day, very little is still known about the Teotihuacanos and the city they built, which at its zenith in circa 450AD spread out over some 30 square kilometers and was home to a population of some 125,000 (making it one of the largest cities in the world at its time).

The city was founded and built, scholars believe, between 100BC and 240AD-ish. Its people built it willingly by all accounts and lived a life based on agriculture and trade. Teotihuacan was no Sparta despite how history has since protrayed it. It is best know for its two massive pyramids – the Pyramid of the Sun (the third largest pyramid in the world) and its counterpart, the smaller Pyramid of the Moon. Linking these two icons is a kilometer long road known as the Avenue of the Dead (a misnomer as the buildings that lined the avenue were in fact what we would know as government administrative buildings and residences for the elite).

The Pyramid of the Sun was so-named by the Aztecs who visited the site centuries after the Teotihuacanos had disappeared. Originally, it was covered over with plaster on which the builders painted jaguars, stars and snake rattles.

The city petered out sometime in the early 8th century, we think because of changes in the weather that left agricultural activity in the lurch. 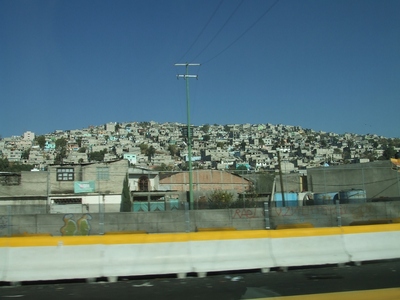 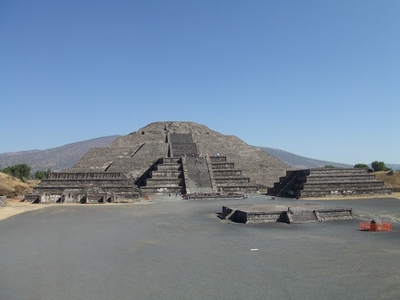 2) the shanty towns of Mexico City are never-ending; 3) the Pyramid of the Sun 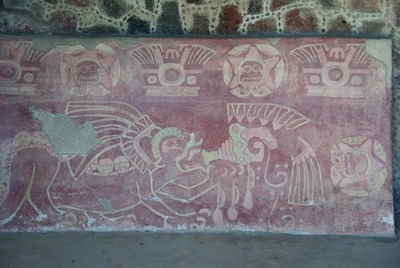 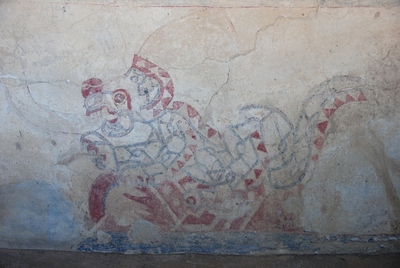 4 & 5) some of the still-surviving painted decorations at Teotihuacan 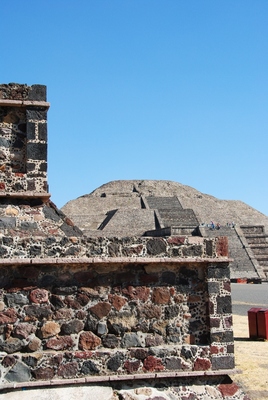 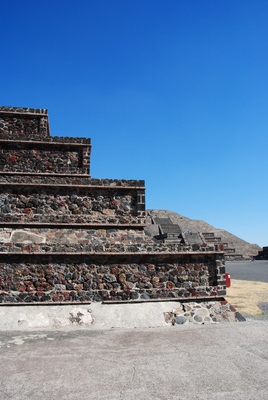 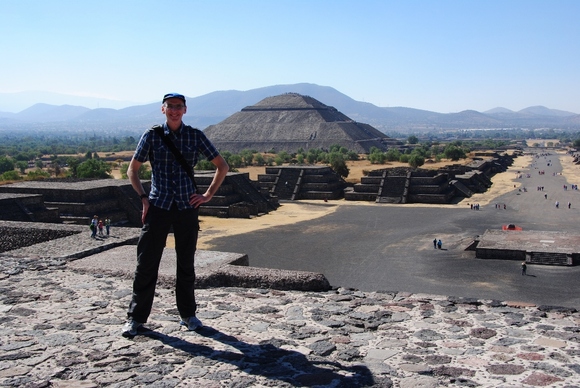 8) me atop the Pyramid of the Sun 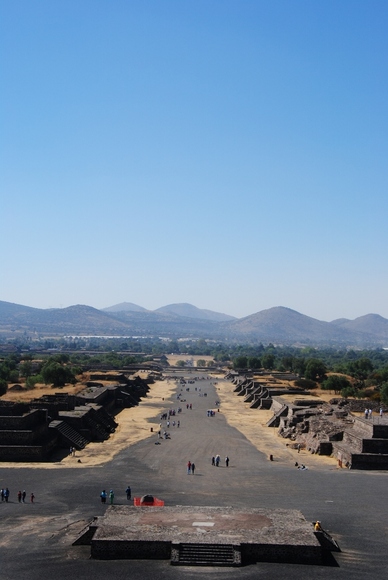 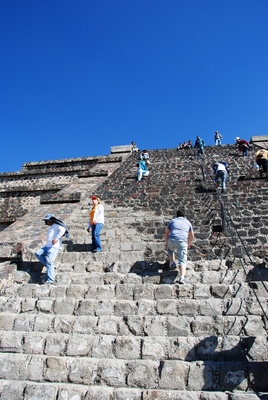 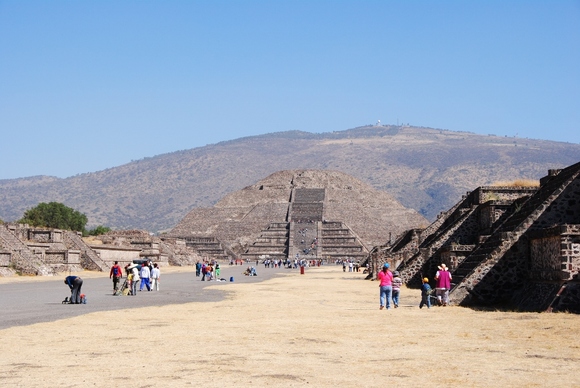 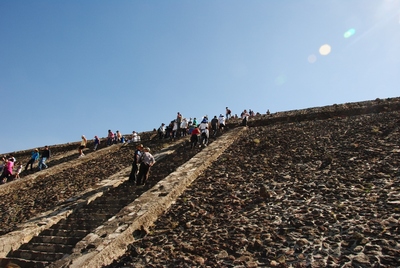 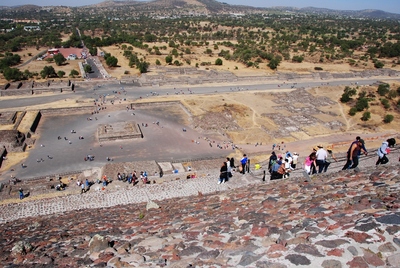 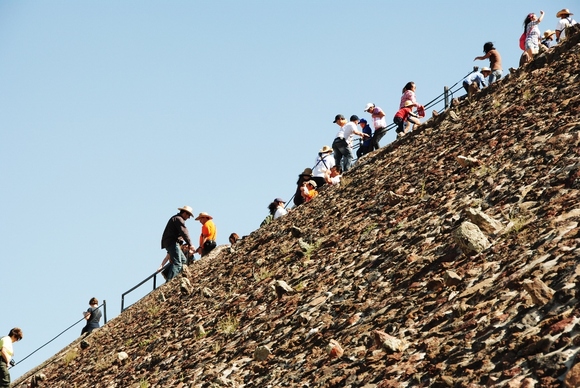 14) it is really a climb at this angle 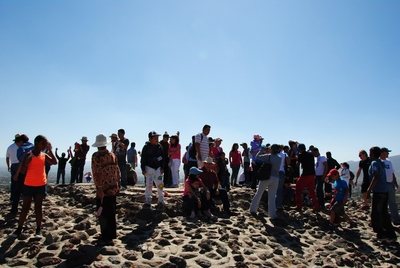 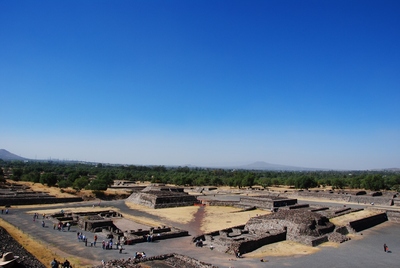 Mexico City is home to one of – if not the – greatest museum of Mesoamerican anthropological history in the world – the Museo Nacional de Antropologia. Designed by Pedro Ramirez Vazquez in 1963, it is a very impressive structure with several exhibit halls that surround a patio and huge pond with a cantilevered roof suspended over it by a single slender pillar called “el paraguas” (Spanish for umbrella). If you do nothing else whilst in Mexico City, visit here. 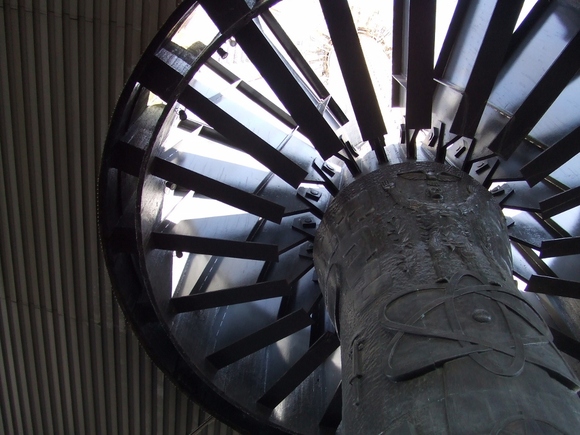 18) detail of the umbrella 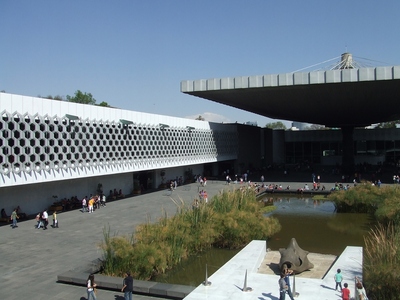 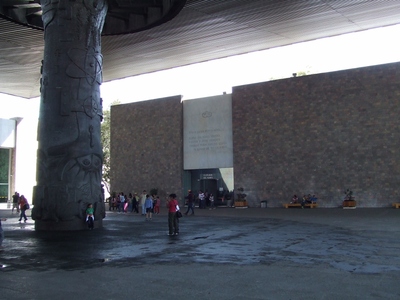 19) the central court of the museum and the famed roof; 20) another shot of the umbrella to give you perspective of its height 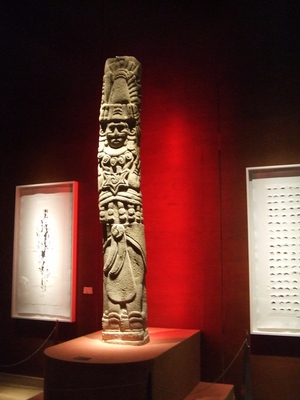 21) inside the Aztec gallery; 22) inside the Mayan gallery is this stelae taken from Calakmul (way down in Campeche State) – we were keen to see these stelae as our next stop was a flight to Campeche followed by a 4 hour drive into the jungle near the Guatemalan border to hike the ruins at Calakmul 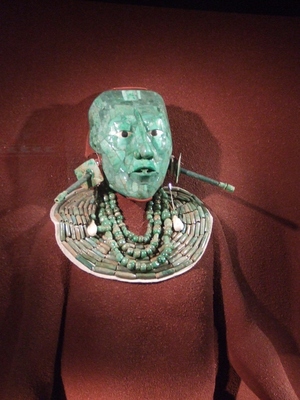 23) one of the famed jade masks found at Tenochtitlán; 24) a picture of what the Spanish would have encountered when they arrived – Mexico City (Tenochtitlan, as it was called then) 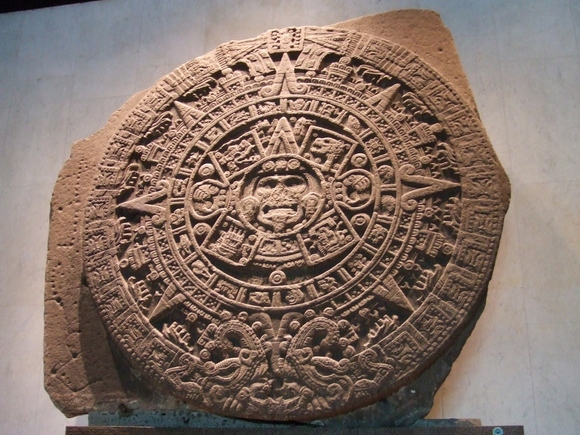 The Stone of the Sun is some 3.7m across and was discovered in the Zocalo (the historic centre of Mexico City) in December 1790 when repairs were being made to Mexico City Cathedral. While debate continues to abound about its purpose, it is likely the stone was used primarily as a ceremonial basin or ritual altar for gladiatorial sacrifices, than as an astrological or astronomical reference (which has often been the case). Most, if not all, Mesoamerican cultures practiced human sacrifice. The massive altar below was used for just this purpose. 26) one of the huge altar stones used for human sacrifice at Tenochtitlán; 27) a map of Tenochtitlan as it was – a city of canals, the Venice of the Mexico – when the Spaniard arrived