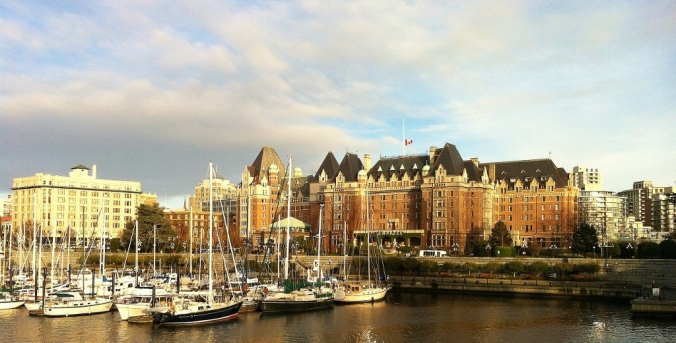 It’s quite fair to say that Victoria, the capital city of the province of British Columbia is the most British place in Canada.  Founded in 1843 and named after Queen Victoria, it sits on the southern tip of Vancouver Island and is a 2-hour BC Ferries ferry ride away from Vancouver. The weekend before Christmas, G and I popped over for a visit as it had been a looooong time since we were last there (in fact waaay back in 2001!). We opted to fly across and with that you’ve really three options:

The best of these options is always Harbour Air as the Victoria International Airport is located up near the top of the Saanich Arm near the cute, retirement community of Sidney, a 20 minutes drive from downtown. With Harbour Air you leave Coal Harbour and land right downtown in the Victoria Inner Harbour. But, as we were staying up in the mountains at the Westin Bear Mountain Resort resort and were renting a car, we flew from YVr (a flight which is all but 10 minutes in air!).

Victoria is a great little city with the 2nd oldest Chinatown in North America (San Fransisco has the oldest) and has one of the narrowest official streets in Canada – Fan Tan Alley which at a point is but 0.9 m wide. Originally a gambling district with shops, restaurants and opium dens, it is now largely a tourist trap. Also right downtown you can find the British Columbia Legislative Assembly, home to the provincial government (currently the Liberal government of Premier Christy Clark). Built between 1893-1898, it is – unfortunately – at the top of the list of buildings in the province at risk of destruction should there be a large earthquake. The building is topped with a gold statue of Captain George Vancouver.

Across from the Assembly is the famous Empress Hotel, built from 1904-08 to serve businessmen taking the Canadian Pacific Railway’s steamship line to the city, it was skillfully re-marketed as a (read, the) tourist destination in the 1920s when CP closed the steamship line to Victoria. The hotel – now part of the Fairmont chain – is lovely and a visit to Victoria is not complete without taking (a ridiculous expensive) afternoon tea there and/or enjoying a drink in its famous Bengal Lounge. In my humble opinion, the latter is much preferrable and I did take lunch there while in town. The Lounge is decked out in an Imperial India style (Queen Victoria was Empress of India afterall, hence the name of the hotel) and one of its most regular guests and visitors was none other than Rudyard Kipling, though whether he wrote Kim, Gunga Din or (my favourite) The Man Who Would Be King taking a lager at the bar is suspect I should think.

In the same square with the Assembly and the Empress Hotel is the Royal BC Museum, which if you’re in town is well worth a visit. The other thing Victoria is known for, and which contributes to its Britishness, is the craft beer scene. Craft beer in BC – and the northwest coast generally (Seattle, Portland) – is BIG and it’s fair to say most British Columbians drink a local brew versus any of the national brands. Two restaurants – one in (of all places) Horseshoe Bay and one in Victoria are generally acknowledged as the originators of the local craft beer movement here – Horseshoe Bay Brewing (founded 1982 and now defunct) and (the still open) Spinnikers in Victoria (founded 1984).   Victoria is home today to some exceptionally fine brew and gastropubs and make a point of doing the rounds (tours are available) while in the city – Canoe Brewpub; Driftwood Brewing; Hoyne Brewing; Lighthouse Brewing; Moon Under Water; Phillips Brewing (ah, Blue Buck!); Spinnakers Gatro Brewpub; Swans Brewpub (great for breakfast too) and Vancouver Island Brewing.

In fact, the craft beer movement is so big in BC, just last week Kwantlen Polytechnical University down in Richmond announced the creation of a two-year diploma in Brewing and Brewery Operations. Neat! 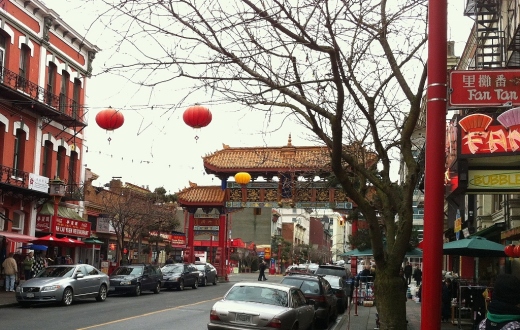 2) the gate to Victoria’s Chinatown 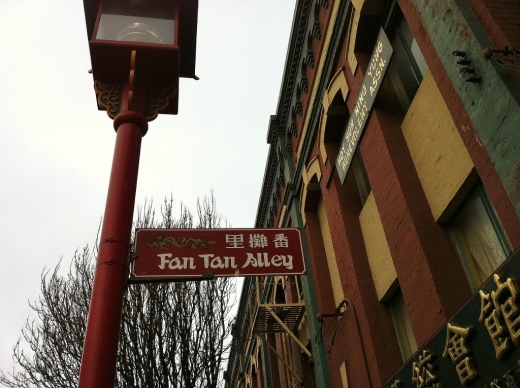 5) G goes exploring … not for opium I can assure you

6) nothing is open early Sunday morning

10) the Assembly all lit for Xmas

12) I ordered the chicken curry which was excellent

13) Her Majesty Herself stands guard outside the Assembly