Nairobi, but solely in passing 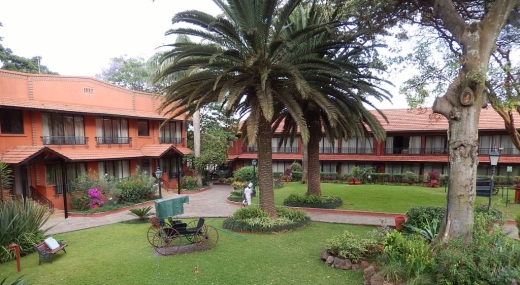 1) the view from our room at the Norfolk

We visited Nairobi twice … though sadly only as brief over-nighters on route to/from the Mara. As such our experience of the city is one of passings; capturing short glimpses of its citizens and buildings as we inched along its incredibly congested roads in our car en route to/from Jomo Kenyatta and Wilson airports. It is a poor experience granted and one I’d not recommend. Cities are always best explored on foot. Home during our stays was the famed Fairmont The Norfolk on Harry Thuku Road. The Norfolk is legendary, built in 1904, it became a focal point around which modern Nairobi was built. In its rooms the likes of Neville Chamberlain, the Duke and Duchess of Connaught, Winston Churchill and even Theodore Roosevelt have stayed. The place holds an air of history and Imperial Britain, perhaps no where more evident then when dinning on the famed Lord Delamere Terrace, which we did several times whilst in residence. The food was excellent (both dinner and breakfast); the Indian cuisine exceptionally so.

Arriving after the horrible attack on the Westgate Mall there was – understandably – a rather in-your-face security presence with Kenyan soldiers guarding the entrance and patrolling the grounds, carloads of police parked on Harry Thuku Road in front of the hotel and body checks upon entry. When we decided to take a stroll one morning to the weekly craft market and pick up some stuff at a mall, the front desk assigned us a member of their vigilant, yet discrete, security detachment who escorted us to and fro. A tad overkill one thinks but appreciated nonetheless. 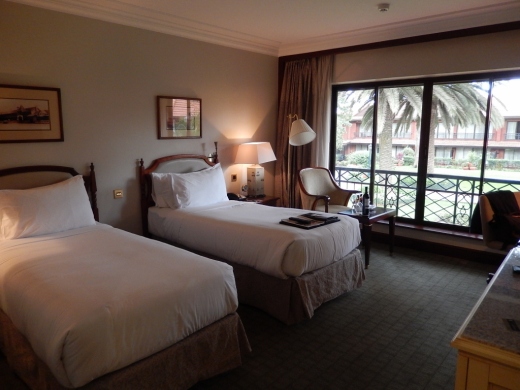 4) the grounds are pretty

5) G heads out to explore

7) there are the soldiers patrolling 8) the bar 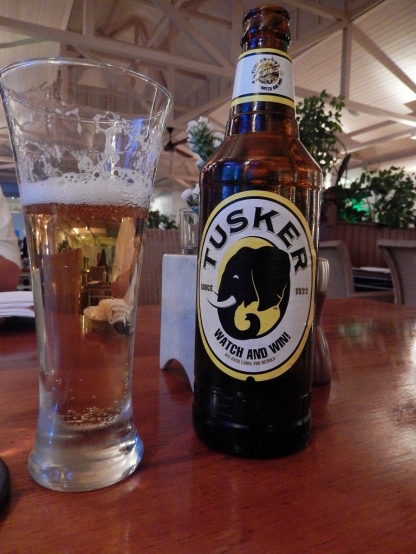 9) where I ordered a few of these indeed 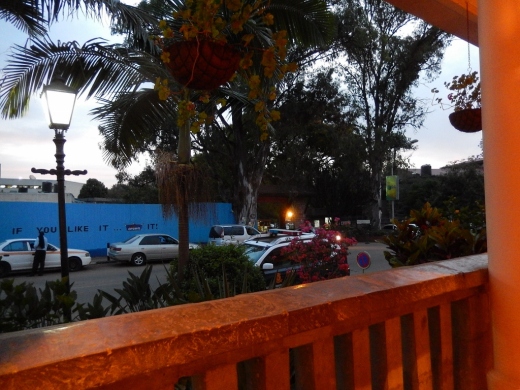 10) the Terrace faces right onto the road

11) one night I had an excellent salad nicoise

12) while G had exceptional Indian curry