I always start paining for a puppy at this time of year.  I’ve talked about getting a puppy for eons now but as someone who can’t take care of his house plants, I’m not sure it’s a good idea. Previously, I held off because – with training for Ironman USA – I wasn’t home much and it wouldn’t be fair to puppy-raise with so little quality time at home. The puppy pressure started when I dog-sat Dab’s oh-so-cute chihuahua (which I continue to mispronounce ‘chew-huey-huey‘ instead of ‘chi-wah-wah’), Diablo. Now, I must admit, I dog-sat for like 3 months when Dab was living with me (in my tiny junior bachelor) after the Allie debacle. And I must admit it was summer so taking Diablo downstairs and out to pee-pee and etc was not a problem. But think of it now? In winter. With snow! …. hmmmmmm…..


Adding to the puppy pressure is the fact my sister, who I love dearly but who is the last person needing a puppy in her life at the moment, bought a bichon frise puppy last week.  Bichon frises look like large cotton puffs. 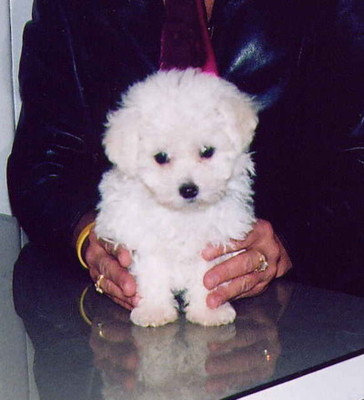 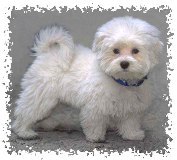 Cute? Hmmmm… for me a chew-huey-huey it will be. A puppy who I can train to do his business in a litter box, and who I can carry in a LV bag when wandering through Holts (gawd, no, I really hate Holts), and who I can buy cutesy Buryberry apparel for.

Okay, but back to Blee’s party post from yesterday for a second and an email exchange between Blee, G and I today about someone we’ll call Ms X. It makes more sense to read this from the bottom up.

The ‘Mean Girl’ reference refers to our Amazing Race Toronto team – Four Mean Girls and a Token Guy. We did two races this year – one in June where we finished 7th out of 224 teams! The second on a very chilly and rainy Saturday in October where we finished … well …. let’s just say we weren’t 7th. Argghh. 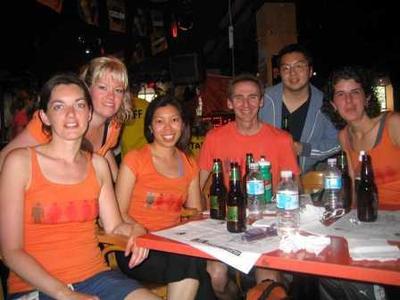