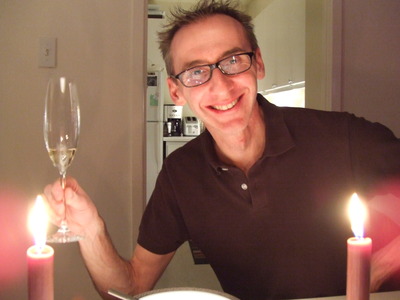 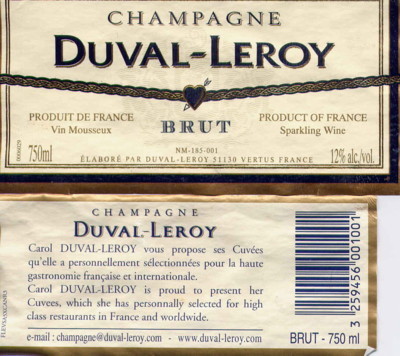 1) me, avec Champagne at the holiday dinner; and 2) the champagne label with dessert

So, I’m returned. London was nice; the family all civil. My folks and I went for a posh-posh dinner at the Grosvenor Club on Friday night, which was excellent. We chowed down on meat, meat, meat …. and me a vegetarian! Well, okay, since finishing Ironman, I will admit (take note G) that I may not be as much a vegetarian as one would think.

Case in pork, er, I mean, point: Friday’s dinner at the Club. Pork tenderloin for me; lamb for mom; steak for papa. The Club’s new chef – who the waiter didn’t know the name of (big faux pas) – has only been cooking a week.

“He’s a young kid,” so the black-clad waiter spouted, “used to work at Susur too”.

Well, if true, Mr Lee has certainly taught the anonymous new chef at Grosvenor well: this superkid knows how to do meat.

Saturday was the traditional Xmas eve dinner at my parents and opening of prezzies by the fireplace while the snow drifted lazily down. A more Norman Rockwell-like scene I can’t imagine. Gugh! The only real drama was the faux reindeer covered in lights on the front lawn, and which papa bought in the States and carted home, didn’t illuminate! Oh the horror!

The big dinner was over at my sisters in East London on Christmas Day. She had a grand spread with gobs of gobble gobble, stuffing, smashed potatoes and the like. (You can add your own requisite line here about eating too much). I had a ball eating and hanging out with my niece and nephew, and the new puppy, Chole, who is just too adorable for words. And so I’m once again into the “I-want-a-puppy” mode hehe

Nephew E is getting along with his cast. Nephew E broke his tibia playing hockey, oh, about 6 weeks ago now. He was casted to the hip but this new one is from his knee down and is covered in soccer balls much to his chagrin. He preferred the camouflaged-coloured one he previously had, but he’s eight and is right off on camouflaged anything.

I spent most of Christmas Day engaging my techy skills (such as they are) connecting the new Xbox steering wheel and hands-free controls; installing the mp3 player software on my niece P’s computer (only to discover she’s working off a computer sooooo old, it doesn’t even have a usb port, thus quickly derailing any mp3 activity); trying to get the Batman kung fu game connected to the tv so nephew E could ‘Hiya‘ and ‘Whamo‘ poor Batman into submission. It was fun?!*& …. though I must admit instructions for kids’ stuff these days is written in some language I certainly can’t follow. Worse then Ikea-bought items (and those are usually just pictures!). What are they teaching  technical writers at college I wonder????

The parental units returned with me and we had put on a massive holiday dinner last night: seven courses with wine pairing. Must say, G and I did a grand job on that! Over 4 hours, we served:

Summerhill LCBO was hardly busy yesterday, which was strange I thought. They were right out of the Lanson Black Label Champagne … ah drats! … but I spoke to our trusty and wonderful instructor, cum-store manager and oenophile extraordinaire, Stuart, and he advised a shipment is do today at 2pm. I’ll ring him and have him set aside a case. Believe me, it’s helpful knowing folks in higher places at certain stores!! If you’re ever in Summerhill, hunt down Stuart. His knowledge of wine is beyond compare (except, perhaps for Igor, who is the only officially-designated Wine Expert [by some association or other] in all of Canada).

<mental note 1: remember to register for Wines of the Old World course> 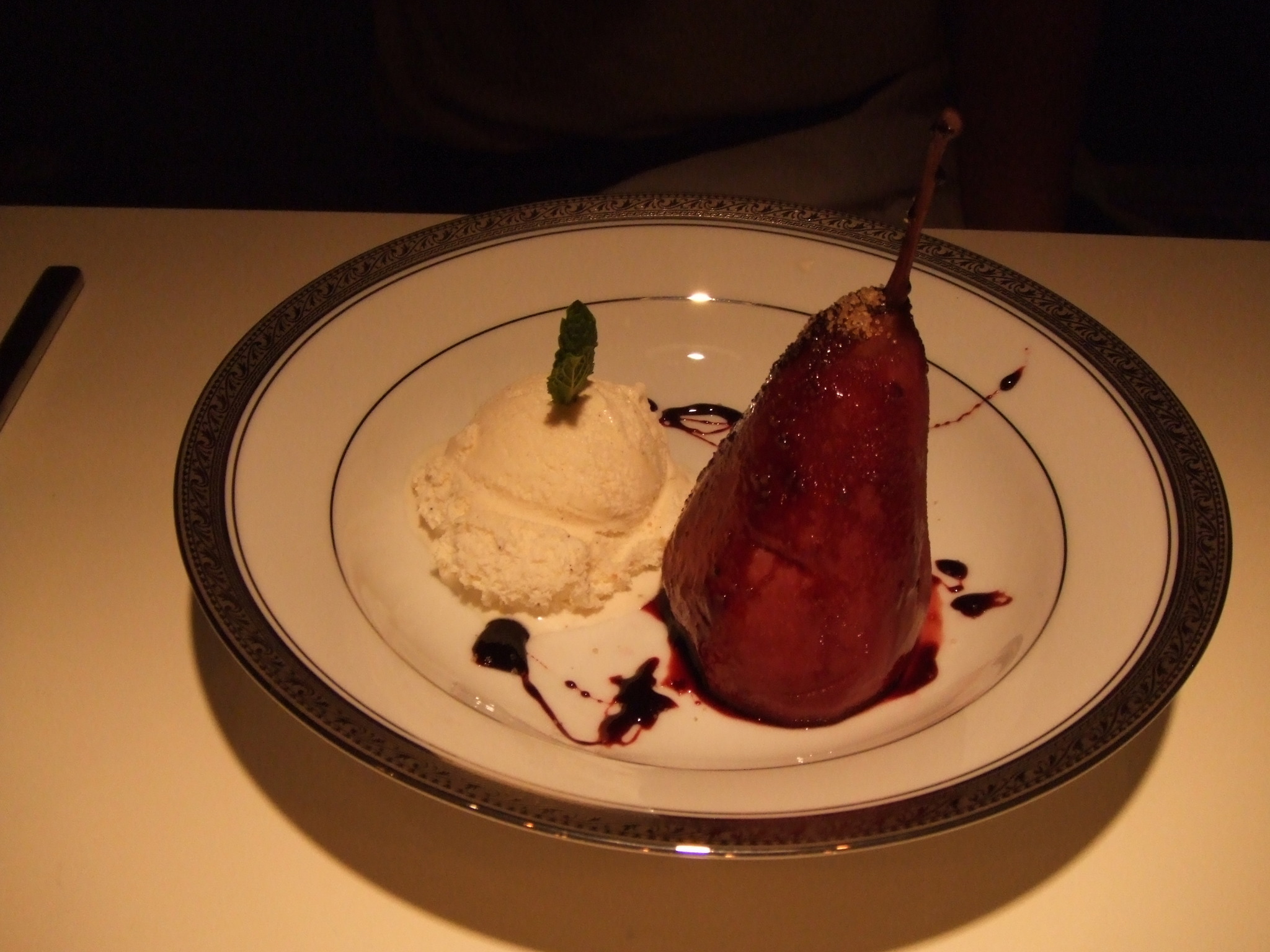 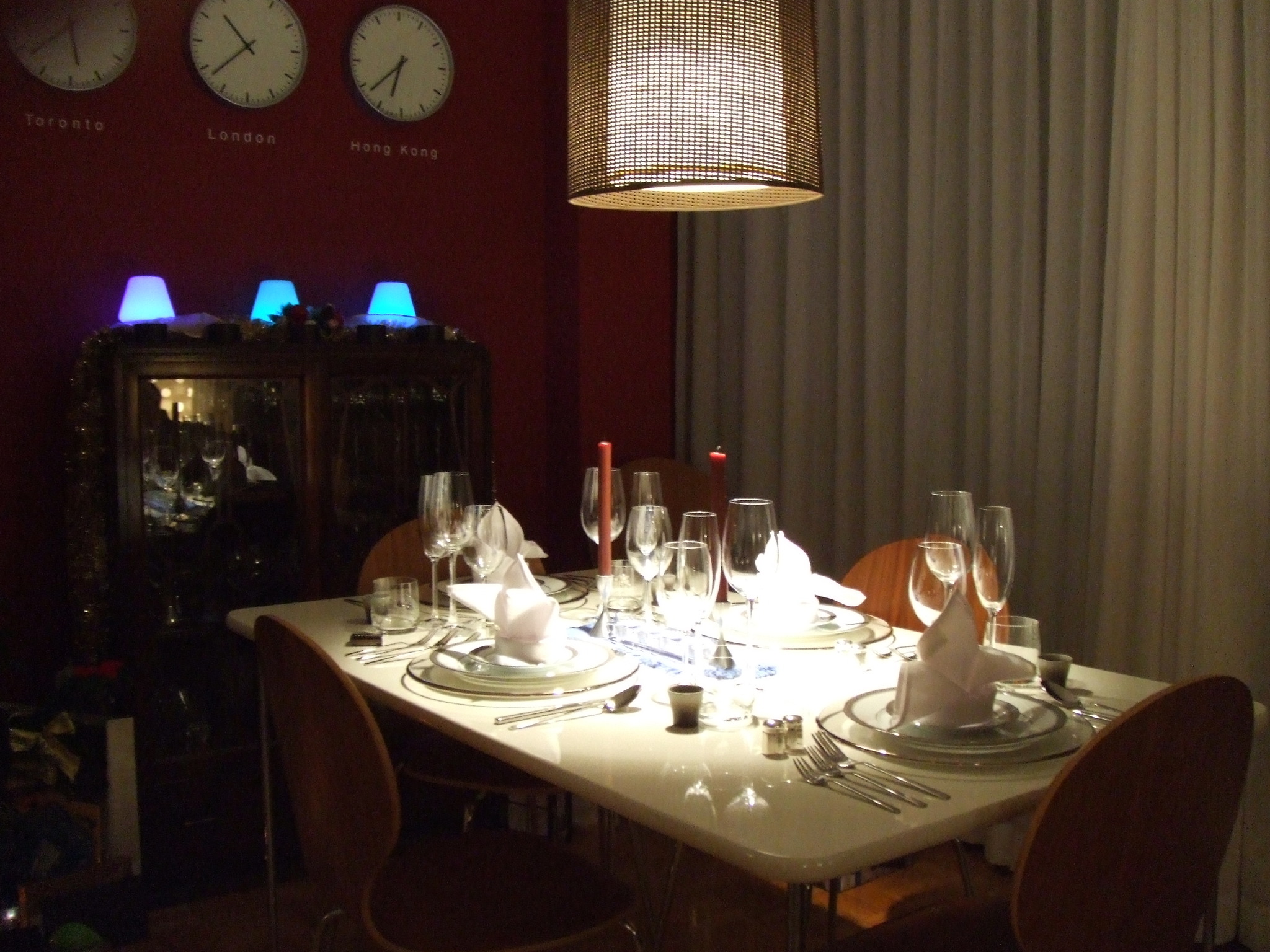 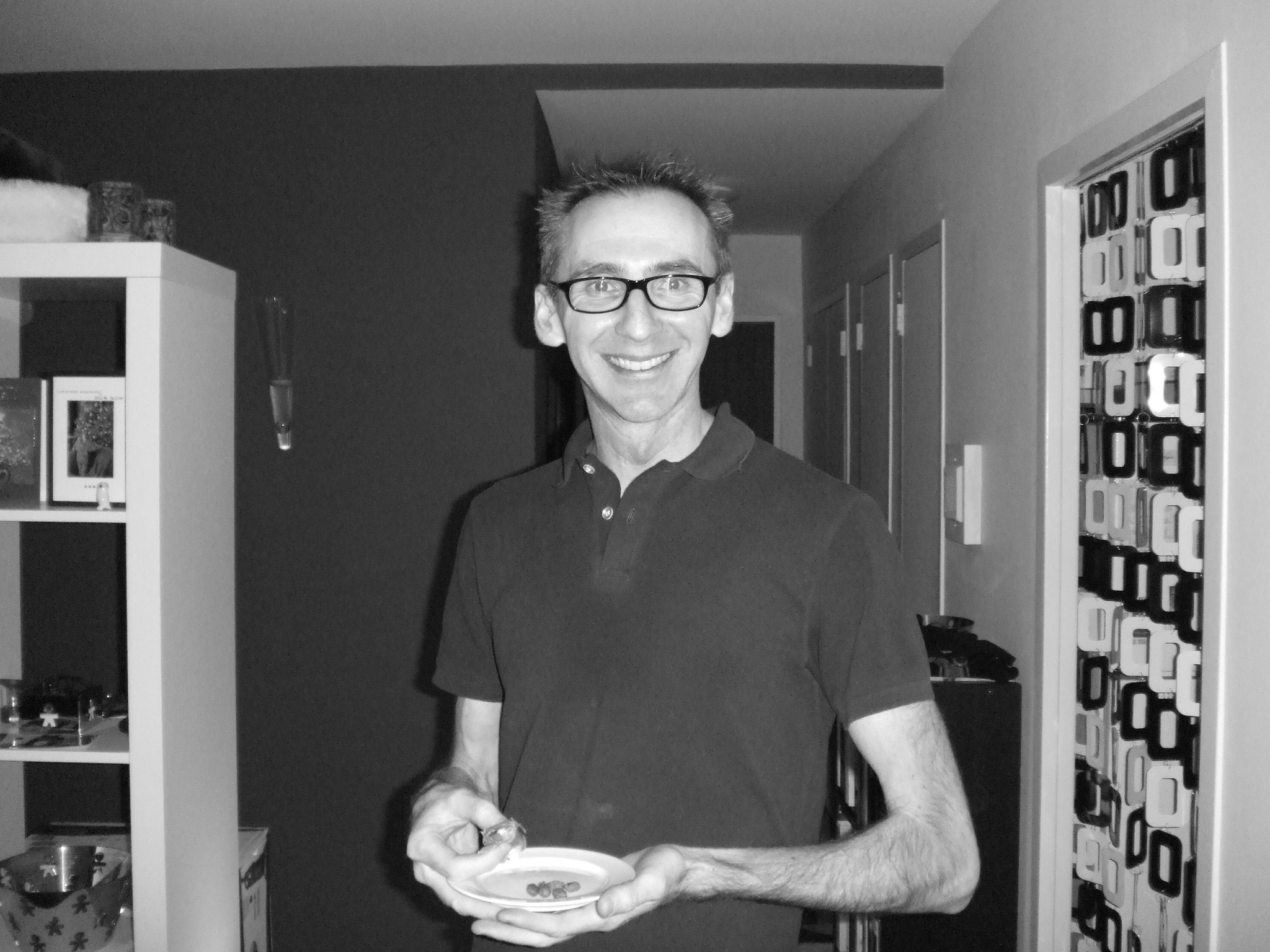 And so, another Xmas is gone past. We should take the time to be thankful for everything we have, and remember all the lives impacted by the tsunami on it’s one year anniversary. <pause for reflection here>

Both of which I started watching and turned off. Hmmmm…. not auspicious eh?! Granted the quality of both was lacking. I promise I will try to watch both again though. Syriana seemed like one of those movies where 7 different storylines are happening all at once and you know they’ll converge at somepoint but it’s whether or not your patience will survive the test. Crash was like that too, but was well worth the wait. Crash is one of the best movies I’ve seen this year. G did watch King Kong while I was away and said it was the best movie he’s seen this year!

… it’s like dead and no one is about. It’s Wednesday and I have the big New Year’s Eve Saturday Night Fever Disco Party to prepare for now! Gugh!

… oh, and Liz rang about Gotterdammerung while I was in London … didn’t land the role :( … but I’ve been offerred to understudy for the part. Hmmmmm ….