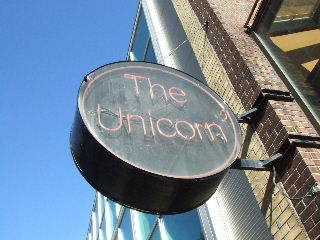 My local watering hole, The Unicorn, has 18 different draughts on tap. As a self-congratulations to myself for landing the new gig, I have decided to try all 18 over the next month. G and I started today with a Creemore Springs Ale, which was lovely.

We have a Toronto movie premier tomorrow night – Bon Cop/Bad Cop – so I’m probably going to have to skip Wednesday … hmmmmm … and Thursday too as we’ve the Toronto premier of “Pulse” that night. Reviews on both later. My 18 on Draught Adventure will have to continue Friday. 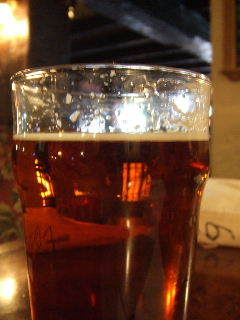 Now, I know some xangsters are thinking .. drunkard! But those of you who know me, know that ain’t true.

Or, some xangsters may be thinking … gawd, why not buy yourself something to celebrate?! But those of you who know me, know I’m not very materialistic.

So, instead, it is this little endeavour.

Tuesday’s musical movie: Perhaps Love
This film premiered in Shanghai at the end of November last year and is directed by Peter Ho-Sun Chan. It is Chan’s first foray into the world of musicals and he succeeds very well, I thought. The film is directed in the style of Moulin Rouge, but with less comedy, far more artsy-ness, and is gorgeously filmed. Stars Ji Jin-hee (as Monty, the muse of the movie), Jack Cheung (playing the part handled by Jim Broadbent in Moulin), the very handsome Takeshi Kaneshiro (as Jin Jian Dong) and Zhou Xun (as Sun Na, everyone’s love interest). 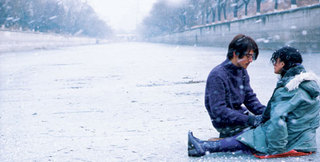 The film is essentially a love triangle centering on Sun Na who, due to amnesia, cannot remember the fact she was in love with Jin Jian. Both end up starring in a film being directed by Sun Na’s current (present day) lover, Jack Cheung. Trapped between the present and the past, the characters play out their love story to great effect … all singing and dancing aside. And it is there, in the flashbacks Chan provides, and particularly with the taped-recorded messages between Jin and Sun that this film hits the emotional button bang-on and ultimately succeeds. My rating: 4 out of 5.

With thanks to willariah for lending me this dvd.

Okay, we watched this more as a joke but, damn, it was really good. Way better than any teen horror/slasher film out there and well worth a rent.

Based on the werewolf genre, Dog Soldiers follows the adventure of one group of soldiers sent to rural Scotland (of all places) only to find themselves battling to the death with a family of werewolves (we presume whipped up by the bad, bad military as some form of new soldier).

Stars no one you’d know. That said, it is well acted, bloody, occasionally laugh-out-loud funny, and freaking scary to boot! My rating: 4 out of 5.

4 Responses to 18 on Draught