Grudge 2
The medicore machine that is movie-making in Hollywood these days spewed out this latest attempt to cash in on the Asian supernatural horrors genre of Kairo, Ju-On, etc. Sadly, this film is a wreck from the outset as it tries to follow three storylines: three Tokyo school girls who return to the infamous haunted house; the adventures of the sister of the Karen Davis character of Grudge one (played by Sarah Michelle Geller); and a family in a flat in Chicago. While Takashi Shimizu (of the original film and the US remake) directs again giving the film its trademark creepy feel, the plot just doesn’t hold up. I couldn’t understand  (let alone care) why our freaky little ghost boy and his mother end up in Chicago. Were they keen on ordering deep dish pizza? Time to put this series of films to bed me thinks. My rating 4 out of 10. 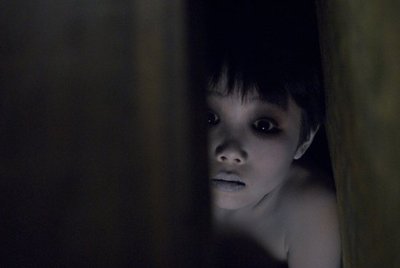 Maborosi
Maborosi means ‘phantasmic light’ and, certainly, this is a phantasmic film. Directed by the marvellous Kore-eda Hirokazu, Maborosi is in every respect an art film. That said, has any film ever been so beautifully, so utterly simply made? This type of film is beyond the ability of Hollywood. Using natural light, spare dialogue, and the story of a young woman seeking answers after her husband commits suicide leaving her alone with a young son, Kore-eda films a tome on loss, the endurance of love and ultimately, what life is about. This film is staggeringly subtle and a testament to just how good film can get. My rating 9 out of 10. 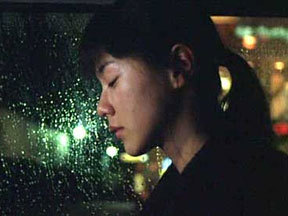