… and hence to Halifax

Leaving Fredericton, we opted to make a brief side stop on Prince Edward Island for oysters. Malpeque Bay oysters to be exact. As you probably know, there are several different kinds of oysters and one variety – the malpeque – are harvested in the large bay on the north side of the island. 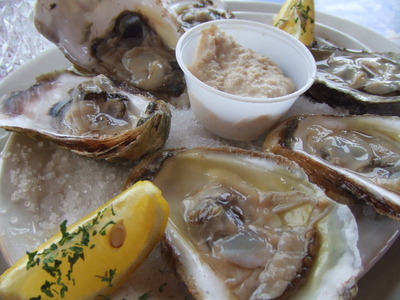 Part of the excitement of going to PEI, nowadays, is the fact it is no longer an island. In 1997, the Confederation Bridge (the longest bridge over ice-covered waters in the world) opened and connected the 13km stretch between the island and the New Brunswick shore. PEI is Canada’s smallest province, it has a population of about 130,000 souls with a land mass of 5660 square kilometers. When I become Prime Minister, my first act will be to remove its provincehood status as it’s ridiculous to me to have some wee speck of a place supported by a separate provincial level of government. PEI will become a satellite of New Brunswick.

That said, PEI does hold an endearing mystic for many Canadians for being the cradle of Confederation. It was here back in July 1867 that the Fathers of Confederation met in the wee “Province House” that still stands in Charlottetown and created the Dominion we now know as Canada. Every Canadian should visit PEI once if only to pay homage and honour the fact we were born in peace and have remained peacekeepers (the folly of our involvement in Afghanistan aside) ever since.

It is also world-renown as the birthplace of Lucy Maud Montgomery and the famous “Anne of Green Gables” books, which the Japanese – in particular – are simply agog for. Restaurants and hotels in Charlottetown have menus and signs written not in the official languages of Canada – French and English – but in Japanese and English! 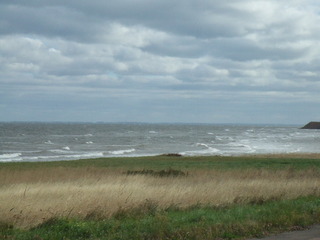 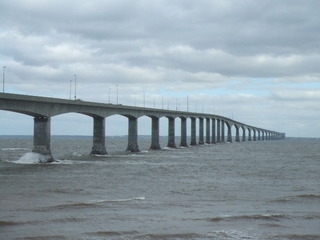 2) the rough waters of the Northumberland Strait, just before the bridge; 3) the Confederation Bridge 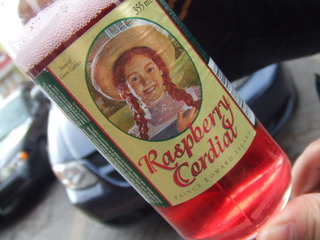 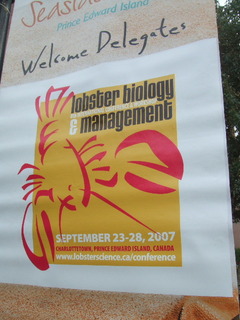 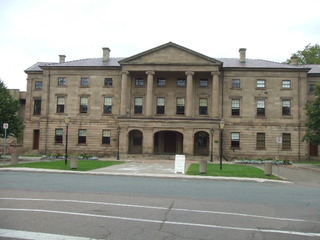 4) Anne of Green Gables Raspberry Cordial; 5) a lobster conference, of course, it’s PEI; 7) the back of Province House

In Halifax we stayed at the Four Points Sheraton right down near the water. It was a very nice corner suite with separate bedroom and livingroom. On our first night in, we stumbled across a very funky (dare I say Toronto-style) restaurant called Mosaic. Pan-asian inspired menu served in supper club, tapas style. We chowed down on:

And an excellent Jim Jim Australian Shiraz 2004 washed it all down perfectly.

I didn’t take any pictures as the place was dungeon dark (as you can see from below). 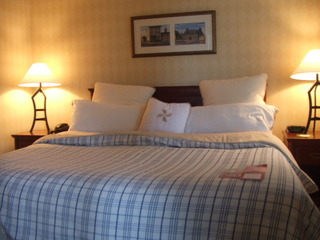 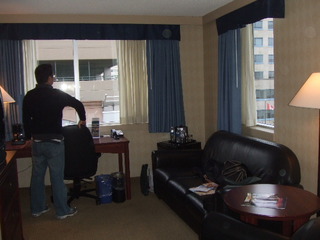 8) our bedroom; 9) G admires the waterfront 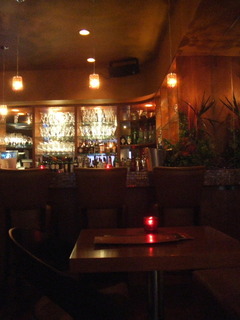 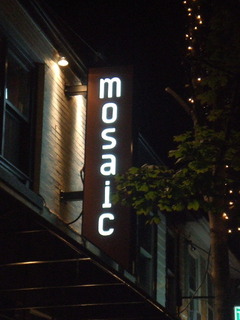 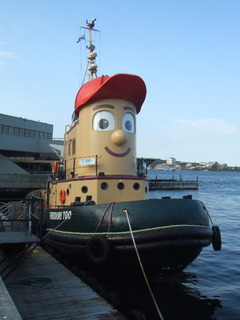 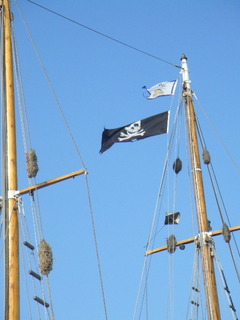 3 Responses to … and hence to Halifax