Sweeney ToddG, Ironman Laura, Blee and I spent last night watching the glorious – if macabre – play Sweeney Todd at the Princess of Wales Theatre. The play’s history probably lies way back in around 1800 on a story that eventually made it into a British penny farthing novella. Sweeney Todd, the barber, dispatches his customers with a straight razor and then shares them with Mrs. Lovett, who utilizes them in her meat pie shop as, well, an ingredient in her pies. It’s all brilliantly done and verges on opera, and is – rightly – regarded as the most demanding male lead role in the entire theatre repertoire. Music is by Stephen Sondheim and is very modern. If you get a chance, go see it. 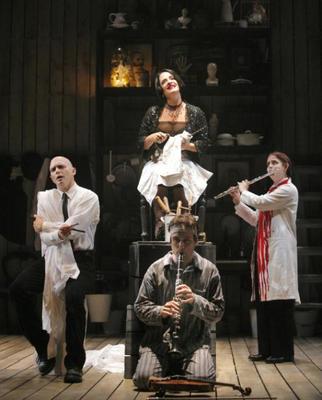 Music WithinLast Thursday I attended the Toronto premier of Director Stephen Sawalich’s film, Music Within, starring Ron Livingston and Michael Sheen. Music Within tells the story of Richard Pimentel, who while not well known in North America, can be credited with bringing people with disabilities, their cause and their issues into the mainstream. His seminal training program, based on his 1981 book Tilting at Windmills, was mandatory training for all bureaucrats in the US government, and his efforts led to the creation of the Americans with Disabilities Act (something which shamefully, Canada has yet to legislate nationally). I wanted to like this movie and think it would have been better served had Sawalich focused less on Pimentel the man and more on what he accomplished. While I appreciated getting to know more about someone who’s story rightly needs to be told, I think this film would have done better as a PBS documentary than the Sunday-Night-at-the-Movies plodding film (with plodding storyline and poor production values) it is. Worse, I felt I spent 90-odd minutes hammered by a public service announcement on an issue I already wholly support. For raising awareness on this issue, my rating 3 out of 10. 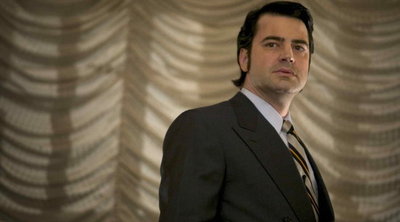 From the House of the DeadOn Sunday, I received a call from the Canadian Opera Company about a supernumerary role in their upcoming production of Janácek’s opera, From the House of the Dead, based on the work of someone who I read (too) much of in university, Fyodor Dostoevsky. After roles in Puccini’s Madame Butterfly (as a yamadori attendant) and Bellini’s Norma (as a warrior) at the old Hummingbird Centre, I’ve been saying I’d love another role, if only to stand on the stage (and get the behind the scenes experience) at the new Opera House, the Four Season’s Centre for the Performing Arts.  The role will be one of three characters – a prisoner, a solider or a doctor. I think I’d be a great prisoner as my ectomorphic frame is perfect for this. However, I’ve been told I’ll have to either be shaved bald or have my hair cut very, very short for this role and that is something I’m not keen on. I think there are good-looking bald guys and bad-looking bald guys and I know I lie firmly in the later category. Rehearsals start December 27th and we’ll have to see how I make out. I’m hoping it’s not another debacle like I had auditioning for Wagner’s Götterdämmerung as a bloody bird!